By the Time We Got to Woodstock… 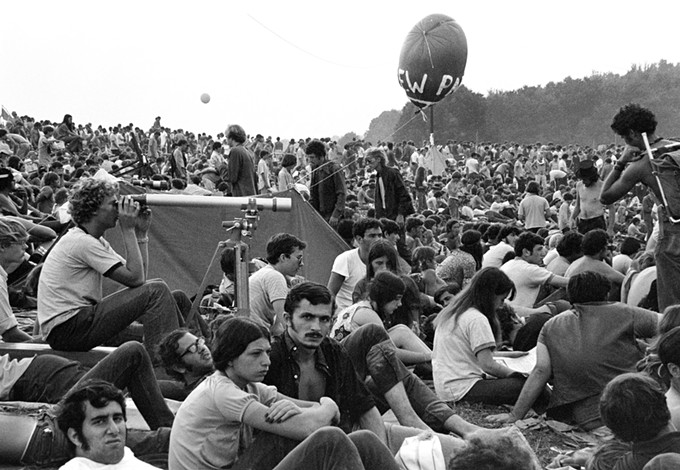 Tim Fuller
I can remember seeing Tim Fuller's credits on Tucson Weekly photos waaaay back in the day, but I never got a chance to meet him until he reached out this summer to ask if we'd be interested in publishing some photos he made at Woodstock 50 years back. Once I saw the photos and read his very amusing tale of how he captured them, I was sold. Tim's a great friend of many arts organizations around Arizona—he's been snapping photos for Arizona Theatre Company and Invisible Theatre forever!—and I'm sure you'll dig his images from a seminal musical experience.

Speaking of Woodstock: If you want to relive that Aquarian Exposition this Friday night, both Hotel Congress and the Rialto Theatre will present bands covering the great acts that performed at Yasgur's farm 50 years ago. And if you'd rather celebrate on Saturday, you can head out to the Humane Society's Woofstock concert, where you'll find a lot of the same thing. All details are in this week's XOXO column in our music section.

Elsewhere in the book this week: Local political activist Alex Kack, who went viral last week as #GreenShirtGuy, talks about what it's like to find such unexpected fame—and why he believes Tucson voters should approve the sanctuary city proposition set to appear on the November ballot; staff reporter Kathleen Kunz explains why you should stop harassing Sonoran Desert toads in your quest for a psychedelic trip; sports writer Christopher Boan profiles Devyn Jambga, a man raised in Zimbabwe who's having a killer season with soccer team FC Tucson; arts writer Margaret Regan takes a look at exhibits in a pair of downtown galleries; movie critic Bob Grimm wasn't much spooked by Scary Stories To Tell in the Dark; music contributor Lauren Renteria profiles the new band Droll, who will be playing at this year HOCO Fest coming on Labor Day weekend; and there's plenty more in our pages, so sink in

See you at this weekend's Calexico and Iron & Wine show—if you were lucky enough to get tickets!

Hear Nintz talk about what's happening in Tucson's entertainment scene Wednesday mornings at 9:30 a.m. during The Frank Show on KLPX, 96.1 FM. Nintzel talks politics on the John C. Scott Political Forum at 3 p.m. Thursdays on KVOI, 1030 AM. He'll join the Friday Roundtable on the Bill Buckmaster Show this Friday between noon and 1 p.m. on KVOI, 1030 AM. Zona Politics with Jim Nintzel airs at 4 p.m. Sunday on KXCI, 91.3 FM.