Smart and Safe Arizona filed 420,000 signatures with the Arizona Secretary of State's Office on July 1 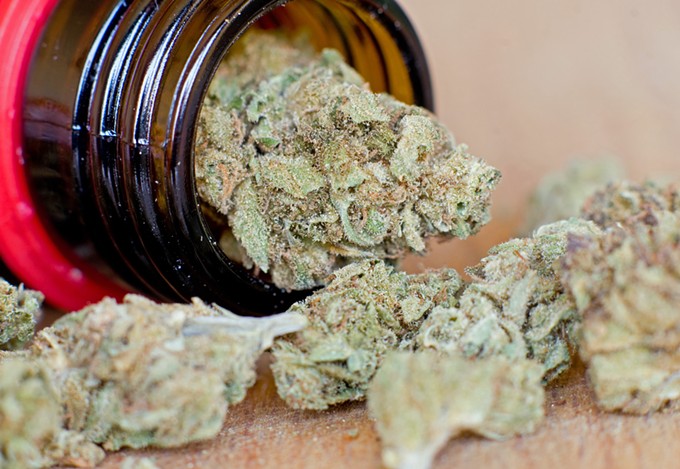 Smart and Safe Arizona filed 420,000 signatures with the Arizona Secretary of State's Office on July 1 in an effort to give voters a chance to legalize recreational marijuana in November.

However, initiative backers expect a legal challenge from opponents before the prop is cleared for the ballot.

"It's great to be done," said Stacey Pearson, senior vice president of Strategies 360 Arizona, the PR firm handling the initiative. "I anticipate someone to challenge but given the size of our margin, they would not be successful."

The initiative collected 180,000 signatures more than the 237,467 signatures needed to qualify for the November ballot and filed them a day before the state's July 2 deadline.

Pearson said they wanted to collect and file the symbolic number of signatures because it was appropriate to the cause and to illustrate Arizona's desire to legalize recreational marijuana.

"It seemed fitting," Pearson said. " We knew we were going to have over 420,000 signatures and the number seemed appropriate to file."

Pearson said signature collection efforts were going "exceedingly well" before the pandemic—they had already collected 300,000 by the time COVID-19 hit the state—but to reach their symbolic goal of 420,000 signatures, Pearson said they had to get creative to continue collecting.

"It was going exceedingly well and then the world changed in March," Pearson said. "We had to figure out a way to close the gap between 300,000 and 420,000 signatures. So we set up drive-thru democracy events where folks didn't even have to get out of their cars. We also delivered door to door. When we realized you could order French fries to your door, certainly a petition could be delivered to you."

Pearson also said she is confident Smart and Safe Arizona will pass due to the public support they've seen—even during a pandemic—and the number of signatures they were able to collect is the proof.

"The prospect of it passing is inevitable," Pearson said. "(Smart and Safe) will qualify for the ballot and it will win. Arizona has turned the corner on this issue and our polling shows it. We can feel it in our guts. the signatures prove it and we're going to get there."

Garrick Taylor, senior vice president of government relations and communications for the Arizona Chamber of Commerce and Industry, notes plenty of initiatives in the past have submitted more than the needed number of signatures, only to get thrown off the ballot due to the validity of those signatures.

"We'll challenge to determine whether they got the signatures in the quantity and quality to qualify for the ballot," Taylor said. "I'll acknowledge (Smart and Safe Arizona) has lots of signatures, but we'll know soon if they'll hit the threshold."

In 2016, the chamber also unsuccessfully challenged Prop 205, the previous marijuana legalization proposal. While Prop 205 did make the ballot that year, the proposition was rejected by voters. Taylor said the chamber's opposition to legalizing recreational marijuana is largely over the fact that once voters pass something, lawmakers are limited in what they can do to change the law.

"Due to Arizona law, if something gets passed at the ballot box it's nearly impossible to undo or amend," Taylor said. "If legislation results in an unintended consequence that was not contemplated by the proponents, then Arizona can find itself in a very serious and concerning situation."

Pearson said the authors of Smart and Safe have done their due diligence when crafting the initiative. In fact, it's very similar to other legal recreational marijuana laws passed by numerous states.

"Other states who have legalized before Arizona have worked out the kinks and pitfalls for us. We saw the issues that arose in Colorado, in Alaska, in California, Washington and all the other states that have gone before us," Pearson said. "We have ensured their mistakes are not repeated."

Lisa James, chairwoman for Arizonans for Responsible Drug Policy, is a part of the opposition committee trying to get Smart and Safe kicked off the November ballot. She said in addition to challenging the validity of signatures turned in, the group is also looking for other legal arguments that might disqualify Smart and Safe.

"We are definitely looking at all our options and receiving every course of action we can take," James said. "It's going to take a while for the Secretary of State's Office to scan all the signatures and make the information available to us."

This isn't James' first time taking a stance against recreational legalization. In 2016, she was a part of another anti-recreational marijuana group called Vote No Arizona that opposed Prop 205. James said she opposes recreational use because she doesn't believe legalizing marijuana will be a benefit for Arizona.

"To paraphrase our governor, I think he said it best when he said he hasn't seen a state do any better after marijuana has been legalized," James said. "That's my personal position too."

One of the biggest snags other states have experienced after legalizing recreational marijuana: edibles being mistaken for candy—or a non-cannabis laced product—by unsuspecting adults and minors. Smart and Safe bars companies from producing cannabis products that "imitate brands marketed to children or look like humans, animals, insects, fruits, toys or cartoons." Furthermore, the initiative caps an edible's dosage to 10mg a piece and 100mg per pack.

Smart and Safe also allows adults over the age of 21 to legally possess up to one ounce of marijuana and/or five grams of marijuana concentrates. If caught with more than an ounce but less than 2.5 ounces, the penalty decreases from a felony to a petty offense. Minors possessing less than one ounce would receive up to a $100 fine and four hours of drug counseling for a first offense. A second offense would be up to a $100 fine and eight hours of drug counseling. Should a minor receive a third offense, the penalty would be a Class 1 misdemeanor, according to the initiative.

In addition, Smart and Safe provides a path to expunge a person's previous marijuana convictions—if they were busted with less than one ounce of cannabis—so it won't hinder their personal record, said Pearson.

"We offer a path to expungement so people with a prior conviction over what we're trying to legalize are not left behind," Pearson said. "Felony convictions can haunt someone their entire life. It can affect their access to housing, a job, education or serving in the military."

However, the penalty for operating a motor vehicle under the influence of marijuana would result in a costly DUI. Also, smoking marijuana in public places will be considered a petty offense and employers still have the right to maintain a drug-free and alcohol-free workplace under the initiative.

"We live in this community. This initiative was developed by Arizonans and Arizona business owners," Pearson said. "This is where we live and our families live. We want our roads to be safe and they will continue to be under Smart and Safe."