Lee Walter has had an unblemished record over almost 30 years with the Pima County Attorney's Office, so when she received a disciplinary letter in December 2011, she concluded that it came in retaliation for whistle-blowing.

Walter, who works as the civil division operations manager and supervises all non-legal staff in the county attorney's civil division, filed a claim of whistle-blower retaliation on Dec. 15, 2011, with the Arizona State Personnel Board, claiming that retaliation took place after Walter reported misconduct and unethical behavior by two attorneys during an attorney-hiring process in November 2011.

Walter's first hearing before the board was on May 14; the second hearing is slated to take place on Thursday, June 7.

To prepare her case for the state board, Walter needed records to prove that retaliation took place. Her request included records on the hiring process, and interoffice communications between her supervisor and others. To get those records, Walter filed public-records requests on Dec. 28 and Dec. 29 of last year.

What was a personnel issue quickly turned into a public-records dispute as well. In April, Walter filed a complaint in Pima County Superior Court against her boss and attorneys in her office for withholding public records that she claims support her whistle-blower complaint.

It's unclear in the Pima County Superior Court documents—filed by a private attorney representing the Pima County Attorney's Office, and filed by Walter, who is representing herself—exactly what kind of unethical behavior allegedly took place during the hiring process. The Tucson Weekly asked Walter for comment, but she said she didn't feel comfortable talking about her case because of the upcoming hearing.

We called County Attorney Barbara LaWall's office for comment, but had not received a response by press time. We also called the private law firm the county hired, Gabroy Rollman and Bossé, and left a message for Richard Rollman, the attorney of record for both the case before the personnel board and the public-records lawsuit. The Weekly did not hear back as of press time.

According to court documents the Weekly obtained through the Pima County Superior Court, Walter's issues began in November when she participated in an attorney-hiring process.

In an April 30 memorandum to Judge Ted Borek, Walter claims she received the disciplinary letter as retaliation after she reported the misconduct and unethical behavior. Walter then requested her personnel files, any documentation involving the attorney-interview process, information about the investigation that was supposed to have taken place after she reported the misconduct, and communications between attorneys regarding her discipline.

Walter said she did receive some records, but in the court documents, she said one disk with more than 500 pages included very little requested information. However, Walter also said she received documents involving an attorney who was interviewed that included bank, payroll and insurance information. That kind of information, Walter said, she'd consider confidential.

In the response filed by the county's attorney on April 27, the county admitted that Walter has never received any counseling or discipline during her 30 years with the department. The document also stated that an investigation of Walter's claims was completed, and it was concluded that there were no hiring-policy violations.

According to a memorandum to the court filed by the county's attorney, the disciplinary action Walter received in December was one of the "least-serious forms of discipline available; it is 'informal' discipline. As long as the conduct for which the employee was counseled is not repeated within the following 12 months, a letter of counseling is expunged from the employee's personnel file one year after it was given."

The county's attorney also contends that the disciplinary letter concerns matters that occurred before the November hiring process. According to a memorandum filed by the county's private attorney, in September 2011, Straub asked Walter to provide him notice of upcoming staff meetings and agendas. When it was determined that Walter didn't follow that request, Straub met with other attorneys in the office to decide what to do next. Straub was then told by LaWall to draft a disciplinary letter to Walter on Nov. 14. It wasn't until Nov. 15 that Walter met with Crammer regarding her complaints on attorney-hiring violations, so therefore, from the county's perspective, retaliation couldn't have occurred. The memorandum notes that Walter received the disciplinary letter in early December 2011.

As part of Walter's public-records request, she asks for a log and explanation of why the records she wants will not be released, and why portions were redacted. The county's response is that it is not legally obligated to provide that log. It also contends that her request is too broad, and that a good deal of the information she requested is confidential in nature.

What information Walter chooses to use for her case won't be known until the second hearing on Thursday, June 7. 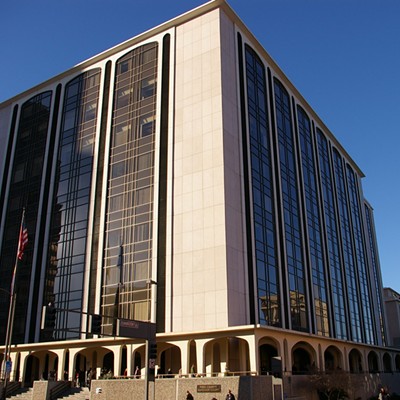