Ray Carroll's outspokenness about county debt may be leading to animosity

Supervisor Ray Carroll says a member of the county's Bond Advisory Committee has filed a complaint against him with the Arizona Attorney General's office in retaliation for his outspokenness on the debt issue.

A spokeswoman for that office declined to comment, and the person who Carroll claims filed the complaint didn't respond to e-mail messages from the Tucson Weekly.

"I'm not doing this to be dramatic," says Carroll, a self-proclaimed fiscal conservative, about his outspokenness. "This is important."

Carroll calls the county debt "enormous" and says it needs to be a high-profile issue.

"The way the county is financed is a house of cards," he suggests. "My biggest concern is the debt is getting in the way of (providing) public health and safety to residents."

"When you look at general-obligation bonds authorized by the voters, those (secondary property taxes which pay for the bonds) can't be used for law enforcement ... so they clearly don't impact one another," Huckelberry says.

His general philosophy toward the county's debt, Huckelberry says, is simple: "It's not how much the debt is. It's how you manage it."

This financial back-and-forth over the debt has been underway for several months. After Carroll raised questions about it during a meeting last fall, Huckelberry responded in a November memo. (This and other communications on the issue are available through links on the county's homepage at www.pima.gov.)

In his memo, Huckelberry pointed out the county's stable bond ratings. Then, replying to Carroll's assertion that Pima County's "current outstanding principal debt is almost twice as large as all other Arizona counties' debt combined," Huckelberry explained that no other county operates a major regional wastewater-treatment system, or has issued highway-revenue debt.

In the same memo, Huckelberry says that the total county debt was $757 million. This figure includes $348 million in general-obligation bonds, which require about $40 million in annual property-tax repayments.

In addition to this voter-approved debt, revenue-bond debt for sewers and highway work totals $380 million. Plus, there is $29 million for "certificates of participation," or non-voter-approved debt, the repayment of which comes out of the county's general-fund budget.

Huckelberry also outlined what he saw as advantages to bonding. These included the implementation of public improvements that create construction jobs. The current low cost of borrowing was listed as another benefit, as was the ability to have future residents pay some of the cost of current projects.

Carroll disputed that last assertion in a response to Huckelberry. "It will not be 'growth' that pays all this debt," Carroll wrote. "It will be our current residents and their children who will pay the bill (assuming they can afford to continue to live in Pima County)."

Carroll also pointed out that Huckelberry cited three different figures for the county debt in his memo, with the highest number being $1.7 billion.

As one alternative to all this borrowing, Carroll suggested a "pay-as-you-go" approach, "at least until some of our debt is paid down."

Huckelberry replied in late December. "Under the constitutional limitations on expenditures," he noted, "a pay-as-you-go system cannot work in Arizona."

He also explained the various debt figures in his previous memo. One number, he wrote, was principal only, while another included 15 years of interest.

Regarding growth possibly paying for debt, the county administrator added: "New residents who move here during the debt-retirement period do partially help pay for the cost of facilities that serve them."

However, during a recent interview, Huckelberry acknowledged that few new residents have moved to Pima County lately. He says the past couple of years have seen less than a 1 percent annual increase in population, compared to a typical 2.5 percent rate.

Huckelberry believes that by the end of next year, however, the county should return to normal rates of population growth.

The day after Huckelberry sent his December memo, Carroll replied. Carroll said that he supported voter-approved bonds in the past, but opposed certificates of participation that don't require voter approval.

That opposition, Carroll said, includes a proposed $812 million to pay for upgrades to the county's wastewater-treatment plants. To finance this debt, supervisors recently approved raising sewer rates 10 percent in each of the next four years. In the past, revenue bonds to cover the cost of the upgrades would have been put before voters for approval. (See "Holy Crap!" Jan. 29, 2009.) But in this case, nonvoter approved "sewer revenue obligations" would be used to implement the changes that supervisors have repeatedly been told are legally mandated.

"It's not as urgent as Huckelberry makes it out to be," Carroll suggests of the wastewater-treatment upgrades.

At the same time, Carroll hopes to get the public more involved in addressing the county debt situation.

"If Barack Obama wants a deficit commission," the Republican supervisor says, "why don't we put a commission together today (here in Tucson)?

"It would be great to have citizens start poking around (the county debt and budget). We need to get the public involved in the process, because it's going to be a really tough year."

Next week: prospects for a county general-obligation bond election. 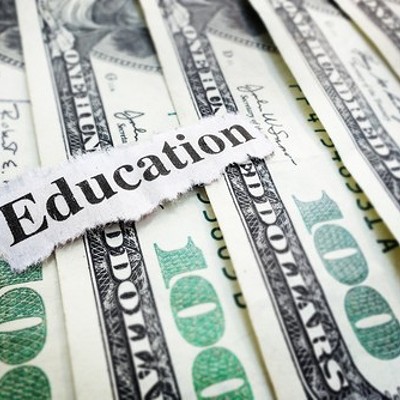