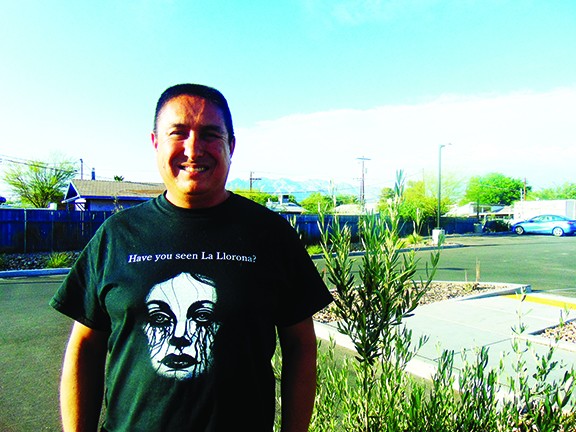 Courtesy photo
Christopher Rodate grew up hearing ghost stories, and turned them into a book, La Llorona: Ghost Stories of the Southwest. 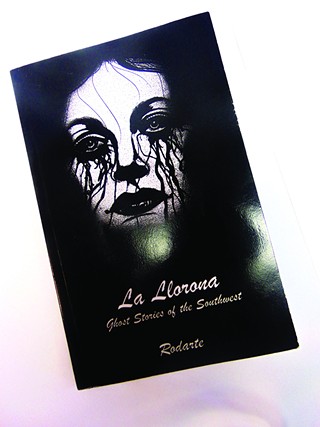 Courtesy photo
While Christopher Rodarte's students at Sam Hughes Elementary know him as Mr. Rodarte, on paper he is simply "Rodarte," a man with a love of spookiness who grew up with the story of La Llorona.

Rodarte's book begins with La Llarona's origin story and then ventures off into a series of situations in which others encounter her. Characters in the book include children and men who are approached by her in places like an arroyo, a ditch and even a dance hall. The short stories are products of real-life encounters with La Llarona told to Rodarte by others. The first encounter with her, in which a boy named Carlos rushes home after curfew, was inspired by a story told to him by his uncle.

The folktale of La Llorona tells the story of a woman wronged by her unfaithful husband, and ended up wronging others as a result of it.

"She snapped and drowned her children and then died in the process," Rodarte said. "Now she's damned for all of eternity—and she's wailing and crying and she's just miserable with grief for what she's done. She hates what she's done and what she's doing, but she can't stop herself."

Cursed for the rest of her days, La Llorona now lures people while roaming the world as a ghost.

Although he lives in Tucson now, Rodarte was born in Albuquerque, New Mexico. During his time there, aunts and uncles passed down the story of the scorned ghost to him.

"I just grew up with it," he said. "It was a legend. It was right around that area, that a number of family members and friends from the area that have seen her. And I heard a lot of stories."

His interest developed into a screenplay, which ultimately resulted in the book that is now published. The writing process took 25 years, during which the transition from script to book took place, as well as in-depth research done by Rodarte to support his writing.

His wife, Mary Grace, supported her husband not only as his partner, but as a key resource during the writing process.

"It was a pleasure to copyedit something for someone who I love," she said.

For Mary Grace, it seems as their relationship is an opposites-attract situation.

"I hate horror, and in general I don't watch scary stuff," she said.

Despite her different interests, she remained by his side through his endeavors.

"I'm really proud of him, for finishing what he started and he is excited about it and it's real, you know—it's real to him and his family," Mary Grace said. "I mean, whether it sells a ton of copies or not—I think that everybody puts so much priority on making a lot of money and it's great to make a living from writing, but I think more important is that he finished what he started and he finished something that was important to him."

So what's next for the spooky writer? Hopefully a film adaption of the book, Rodarte said. He's also working on a book that stems from another, much different part of his life.

While others claim to have seen La Llorana, Rodarte doesn't have a certain stance on her existence.

"I have not seen her," he said. "So the verdict's out for me personally, but I've encountered enough people who I trust and or love, family members and friends that have encountered her, and it was very real to them. So I definitely believe in a spiritual world and there's a lot of things out there that I feel are kind of beyond my comprehension, that I can't really prove or disprove."