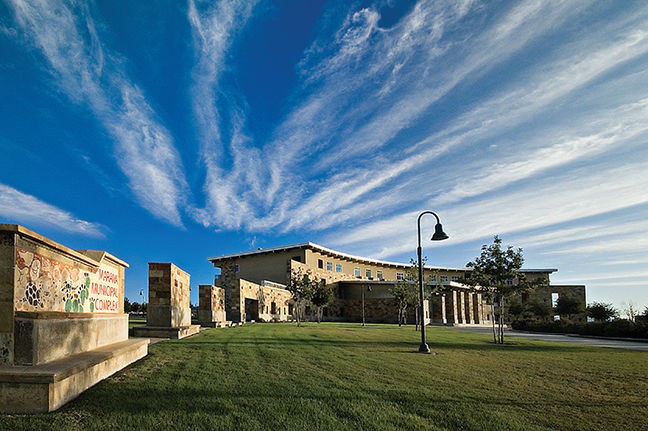 The Marana Police Department will receive $308,800 from the federal Operation Stonegarden grant program, despite Pima County's decision to reject the money last September.

The mayor and council unanimously approved the grant in their consent agenda on Tuesday, March 19. Marana has received this funding for the past 10 years. It is provided by the U.S. Department of Homeland Security to support collaboration between federal Border Patrol agents and local law enforcement, and provide funds for approved immigration operations and related equipment.

This year the grant will provide MPD with overtime and mileage reimbursement ($255,000) and the purchase of one license plate reader, two density meters used for detecting contraband in vehicles, and six vehicle-mounted thermal imagers ($53,800), according to the council agenda. There are no matching funds required by the town.

The agenda states that MPD has been impacted by increased contacts with undocumented immigrants and narcotics smugglers as a result of a deviated travel pattern from the U.S.-Mexico border along the I-10 corridor.

A request to Customs and Border Patrol for information regarding how many immigration-related crimes happen within Marana's boundaries was not fulfilled by print deadline. However, Marana Police Department Sgt. Jeff Pridgett verified the agenda's statement. Tucson Sector Border Patrol Agent Jacob Stukenberg said anything that gets past law enforcement in Marana will be moving north because of the placement of I-10 as a major travel thoroughfare.

While the Town of Marana receives the grant directly from the state, Pima County government has been the coordinating entity to oversee the allocation of funding to Marana, Oro Valley, Tucson and other unincorporated areas.

The Operation Stonegarden grant "had been handled through the county because they're federal grants and they come to the state and they're sent to the counties and they would give each individual entity their fair share," Marana Mayor Ed Honea said. "Pima County chose not to take that policing grant for political reasons, and Marana chose to take it. It was over $300,000 on the table for us."

The Pima County Board of Supervisors decided last September to not accept Stonegarden funding in response to community members who said this money encourages collaboration between local police officers and federal Border Patrol agents, causing immigrant communities to feel unsafe in their everyday interactions.

Before last September, Stonegarden funding had been accepted by the board for 12 consecutive years, totaling more than $16 million.

Marana and the other municipalities still have the ability to accept the federal funding on their own, Honea said. Marana's allocation of the money was delayed several months as a result of the county's decision.

"The county doesn't have an overabundance of money, so to turn down that money for policing equipment and enhancing of equipment and safety of officers was very irresponsible," Honea said. "But we use that money to enhance the safety of our citizens and our businesses but also our police department."

Through participation in the Stonegarden program, Marana police will conduct patrols on the 109 miles of major east-west roads connecting Oracle Road (State Route 77) and Interstate 10, as well as 57 miles of rural two-lane roads that run parallel to I-10 to the west, according to the council agenda.

Marana sits 60 miles from the U.S.-Mexico border, which makes it fair game for Border Patrol operations by federal law. The council agenda has identified four specific areas targeted for these types of joint OPSG activities: Sandario Road from Emigh Road to Avra Valley Road, Avra Valley Road from the Silverbell Mines to I-10, the Silverbell Road/Twin Peaks Road corridor, I-10 from Twin Peaks Road to the Pinal County Line, and a discretionary area upon approval of a Marana Police Department supervisor.

"The funds are used for extra deployments in our area, specifically relating to intel provided to us by Customs and Border Patrol," Pridgett said. "So it's a benefit to us in that sense we can use officers to go out and deploy in areas in our jurisdiction, that they have identified as trafficking for drugs or illegal crossings."

Last week, the Pima County Sheriff's Department announced they have applied for OPSG grant funding again. Their request this year is for about $1.5 million, intended to cover overtime deployments of personnel and related border security equipment.

Pima County has a 123-mile border with Mexico, the largest of all counties in the four border states, but only four percent of that (about five miles) is the primary responsibility of the PCSD, according to Pima County Supervisor Sharon Bronson. The rest lies in either Organ Pipe Cactus National Monument or Tohono O'odham Nation boundaries.

The department's grant request has been approved by federal and state officials, and must now be reviewed by the Community Law Enforcement Partnership Commission and approved by the county supervisors, according to a public statement from Pima County Sheriff Mark Napier.

The sheriff department's budget was $165 million last year. The additional $1.5 million from OPSG is less than 1 percent of that, but has become point of tension for law enforcement, public officials and citizens of Pima County.

After the supervisors voted against accepting Stonegarden dollars, state Rep. Mark Finchem (R-Oro Valley) introduced a bill at the beginning of this legislative session that would strip the authority of county supervisors to reject any grant offered to the sheriff. It eventually died in the appropriations committee.

County Administrator Chuck Huckelberry had recommended the board approve Stonegarden funding, while the CLEPC, an entity tasked with reviewing grants offered to the sheriff's department, recommended a rejection.

The grant was not unanimously welcomed as it has been in the past because of a growing concern regarding the Trump administration's family separation policy carried out by Border Patrol and Immigration and Customs Enforcement. Children have been separated from their adult family members by immigration authorities within Pima County.

When the supervisors ultimately rejected the grant last year, Napier expressed his disappointment of the decision in an guest commentary published by Tucson Weekly.

"I do in fact share some of the concerns about the policies, practices and rhetoric coming out of D.C. regarding immigration," he wrote. "This is not the way to address them."

Napier believes that federal immigration goals do not affect the orders of the sheriff's department, but others see Stonegarden as a link that blurs the line between local policing duties and federal immigration enforcement. Napier has maintained that the PCSD suffers financially when grants such as this one are passed up.

"We have revised policies and practices wherever possible," Napier said in the statement announcing their new application. "Now it is time to set aside politics and approve this critical public safety funding as the Board of Supervisors have done for more than a decade. I will continue to engage the community to address concerns and have open lines of communication as we move forward."

The CLEPC plans to discuss the Stonegarden grant at their upcoming meeting on Monday, April 8. Committee Chair Kristen Randall said they will formally invite Napier to the meeting so he can present the grant with further detail and answer questions.