Blame It On Gordon 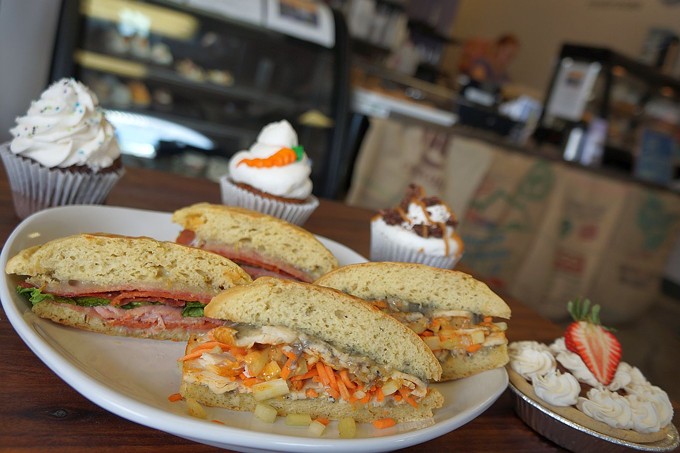 We are now at the stage of food allergies and intolerances where restaurants are coming forth to protest the mass hysteria. It seems that in just a few short years, most people have embraced the unfortunate belief that grains, wheat and yeast can turn them sick and send them straight to the emergency room.

More than two million Americans actually suffer from celiac disease, where their body mounts an immune response to the small intestine after eating food packed with gluten, such as bread, pasta and cereal, thus doing damage where the nutrients cannot be absorbed. This is a bad thing. But in order to sell books and instill a panic, which is always a good marketing tool, certain health gurus have come forth warning about the dangers of gluten and suddenly hordes of once-tolerant folk happily eating hot dogs and baguettes find themselves asking for the 'gluten free' menu, or options therein.

This is kind of a dumb thing.

It has gotten to such an overwrought level that chefs and restaurateurs have posted their grief online about the overwhelming demand for dishes and substitutions that do not have a trace of gluten in them, especially if they are a pizza place or bakery. We get it. For those that actually suffer from celiac, we are sorry and we will work with you to make you happy. The rest of you? Please enjoy the linguine.

For Rebecca Wicker, celiac disease hits a little too close to home. Her husband, Gordon, is an actual sufferer, so much in fact that he was thought to have lupus. But because of a proper gluten free diet, his celia is fine mostly due in part to their bakery and deli, Dedicated. After starting out under the name Got 2B Gluten Free, they have now changed location and broadened their quest to serve up proper gluten-free items that are both affordable and delicious.

"It all started with the flour," Rebecca says in the cozy Speedway spot they have occupied for about a year. "It took a long time in a very small space but after a lot of trial and error we eventually came up with what I like to call 'the perfect flour.' We use it in everything. Heck, you could combine it with a Betty Crocker mix and it'd be 100 percent gluten free."

Dedicated offers up some seriously inventive baked goods, and when you taste them you will wonder how they got around the whole gluten element. They are moist, flavorful and, above all, taste how a proper cupcake or cookie should taste. The perfect flour, eh? They just may be onto something here.

Thing is, Dedicated was never really the plan. Originally an accountant, Rebecca always had a knack for baking, and when she developed her secret recipe gluten-free flour, which she concocted through studying various blogs and online research, fans of her goods kept asking when she was going to open her own place. When she did the response was bigger and better than expected. In fact, for two years she made desserts for HoneyBaked Ham both in Tucson and Phoenix before she and her husband moved into their current location and expanded the menu.

When you pop into Dedicated, you'll notice the jazz and big band music playing. That is no coincidence because each non-bakery item is named after a popular song of those genres. The Daybreak is their breakfast sandwich boasting scrambled eggs, cheddar cheese and either bacon, ham or sausage, while the New York, New York is packed with salami, pepperoni, ham, capocollo and provolone. Vegetarians will find some love with That's Amore, a simple yet sumptuous treat featuring hummus, cucumbers, tomatoes and fresh greens that can also be turned into a salad. All sandwiches go for just around $7 and easily fill you up without, you know, filling you up.

Their utilitarian bread reminded me of a buttery biscuit, which I enjoyed, and you can take home various varieties such as vegan sourdough, jalapeno cheddar and garlic asiago (all going for $9.99) home along with their signature house blend and rosemary (both for $6.99). Although the flour they use in most other items are different then the type they use in their breads, the perfect flour has a twin.

"I am not gluten intolerant but I have noticed a difference in my own health once I went gluten free," Rebecca notes. "I just started to feel better, lighter even. Then we went out for pizza and, I am not kidding you, I started to puff out, like I couldn't get my wedding ring on. Going gluten free isn't for everyone but there are benefits in trying it out."

As far as making Dedicated happen, all we can say is: Thank you, Gordon!