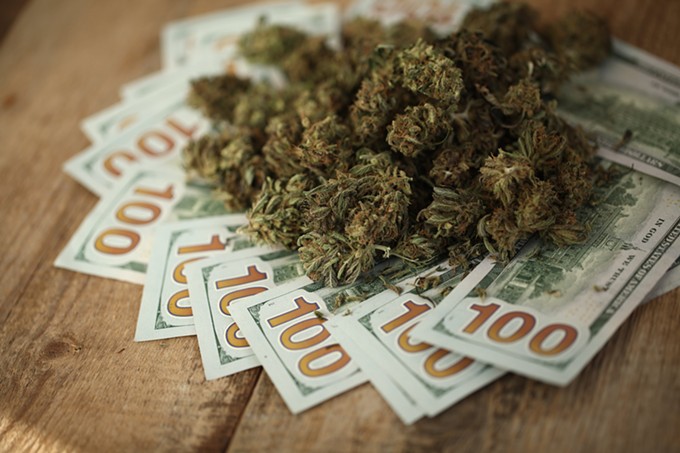 Courtesy Photo
December 2021 saw recreational sales top medical for only the second time, with the adult-use market notching nearly $67.2 million in sales compared to $53.5 million on the medical side.

In the first year that Arizona adults could legally buy cannabis, they spent slightly more than $1.4 billion on marijuana.

According to the Arizona Department of Revenue, the recreational market brought in nearly $650 million, despite sales beginning on Jan. 22, 2021. The well-established medical market that has been in existence for a decade recorded $758 million in sales in 2021, according to ADOR.

December 2021 saw recreational sales top medical for only the second time, with the adult-use market notching nearly $67.2 million in sales compared to $53.5 million on the medical side. And December marked the third month in a row that recreational marijuana sales set a record for the burgeoning industry, beating out the $64 million sold in November.

A year ago, recreational sales began with just $11.4 million in the final 10 days of January 2021. Harvest Health Inc., now owned by Florida-based Trulieve Cannabis Corp, was the only dispensary prepared for sales that weren’t expected to begin until March or April.

At the time, Harvest and its 15 dispensary licenses was owned by Tempe native Steve White, who contributed $1.8 million to the 2020 campaign to pass Proposition 207, which legalized recreational cannabis in Arizona.

But other dispensaries rushed to open once adult-use sales were legal, and they quickly caught up to medical cannabis sales.

At the close of 2021, recreational sales contributed more than $104.1 million in excise tax, while sales taxes brought in another $113.5 million in tax revenue. When the $63.5 million in medical marijuana sales taxes are included, cannabis sales in Arizona added nearly $218 million to state coffers in 2021.

The state collects 16% in excise tax on recreational sales in addition to the standard sales tax; medical patients pay just the sales tax. Local jurisdictions charge an additional 2% or so for all marijuana sales.

Proposition 207, approved by voters in 2020, legalized adult use of cannabis and specified public use for taxes collected on recreational sales. One-third is dedicated to community college and provisional community college districts; 31% to public safety (police, fire departments, fire districts, first responders); 25% to the Arizona Highway User Revenue Fund, and 10% to the justice reinvestment fund, dedicated to providing public health services, counseling, job training and other social services for communities that have been adversely affected and disproportionately impacted by marijuana arrests and criminalization.

Headset, a data and analytics provider for the cannabis industry, reported the following highlights of the cannabis year 2021, including:

• The sales breakdown for 2021 reported that cannabis flower accounted for roughly 47% of all Arizona cannabis sales in 2021. Vapor pens accounted for around 23.7%.