Behind the scenes of McKale Center: What they know

By TW Staff and Aidan Wohl 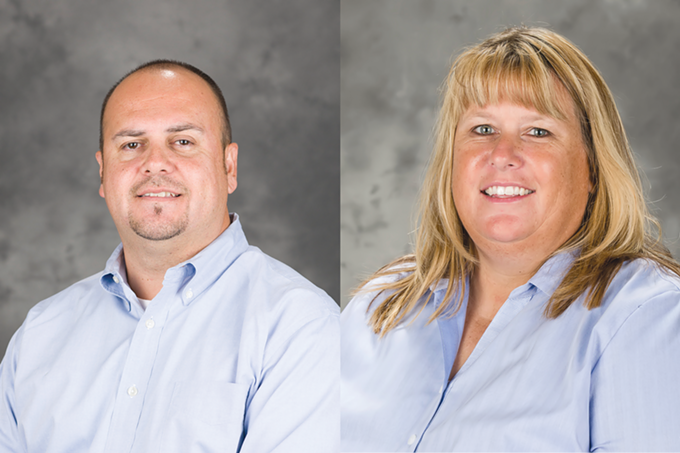 The most endearing plays are only as profound as the stage they are set on. This case can be illustrated not only for theatrics, but for collegiate athletics.

The UA’s McKale Center is notorious for its rich 49-year history of transcendence and merit. However, none of this would be made possible without the foundation for which each fan-favorite contest is prepared and produced: event management.

This behind-the-scenes team holds a mission of ensuring the safety and satisfaction of every guest in the 14,644-capacity arena. Though being behind the curtain, their work does not go unnoticed.

It’s hard to absorb the extensive significance of the historic McKale Center unless one has been there to see the progression through the years. Matt Brown — a 21-year event operation staffer and current assistant director of athletics for event operations — grew up in Tucson and attended UA. In 2001, he was hired, checking the box for a dream job.

“It means so much more to me, just being a native of Tucson and growing up around athletics as a young kid,” Brown said.

“Now finding myself behind the scenes at these various venues that helped me as a sports fan, I just have to pinch myself every once in a while. Although I’m working in some capacity, I have the best seat in the house at the same time. So, it’s really something for me. I hope I can share with my kids later.”

Suzy Mason — the senior associate director of athletics for event management and facilities — has been inside the McKale Center for multiple decades.

Mason was hired to the event management staff the year Lute Olson’s men’s basketball team won the national championship in 1997. She mentioned what the aura has been like of being inside McKale throughout her tenure.

“It’s obviously one of the venues. If you put up a top five basketball game in the country, you’re going to want to play at McKale,” Mason said. “It’s got one of those storied histories. A lot of incredible games are played here. Our attendance is unmatched in the west and our rivals are some of the best in the country.”

Mason has watched the arena evolve since she arrived.

“Having the cool entertainment-level amenities that help support our gameday environment really make it a fun festive atmosphere.

“For our fans, it’s interactive with our (Zona) Zoo and really making sure that it’s a highlight for people when they get ready for their week to end on Thursday or Saturday for a game at McKale. So, I think what you have to do is manage through what is an older building from 1972 with modern-day amenities, which is a challenge. … But it’s certainly fun to do and it’s been a privilege to work in a venue like this that has its own kind of life and vibe to it.”

The event management staff must be quick-minded and very attentive to detail as there are a lot of moving parts within the perimeter of the arena before, during or after an event.

“You never know what’s going to happen at an event, especially a sporting event,” Brown said. “Obviously the game is going on, but how are you going to react when there’s a dilemma that we need to address? In many cases, the health and welfare of our fans and student athletes become an issue.

“What happens if, something as simple, as the lights going out? How are you going to react? So, we’re looking for people who can think on their feet, make good decisions and get that message out as quickly as possible. At the time, you need to work quickly with all of your resources, security, custodial police, you name it, and you just have to be timely with all that.”

Although its job is to manage athletics, the event management staff has played hero in a nonbasketball setting as well.

“Probably one of the more memorable moments (at McKale), actually has nothing to do with athletics,” Brown said.

“We had an unfortunate event when former Congresswoman Gabby Giffords was shot here in Tucson. President (Barack) Obama came to Tucson to address this community. In a period of 72 hours, my staff and I were able to work with any number of law enforcement agencies, including the U.S. Secret Service to help clear the building and make sure that we had a safe environment. We held a rally for the president of the United States. It didn’t feel like work, but was it ever a lot of work crammed into those three days. To meet the expectation of the U.S. Secret Service and the government of the United States, it was pretty remarkable. And I’ve never been more proud of our staff for being able to pull that off.”

Staff members have their own responsibilities, but the chemistry between them has been noted.

“We’re only as good as our weakest link in many regards. So, we’ve got a really good synergy, especially for a lot of us who have been on staff for a while. The new people who are coming in want to learn like, ‘Hey, how can I do this better? How can I do that better?’ But at the same time, these younger kids who are coming into the department, they’re sharing some of their ideas from where they came and almost in a way teaching us.”

Mason noted that the best part of her job is when the team wins, as it trickles down to fans and the staff.

“That’s important because then everybody’s happier,” she said.

“If we win, the complaints from my email or the phone the next day are limited. If we lose, then everything goes wrong, and people will question everything. I think part of it is being able to see some great games here because of the competition. ... And if we do our preparation correctly, it can be fun.

By TW Staff and Hope Peters