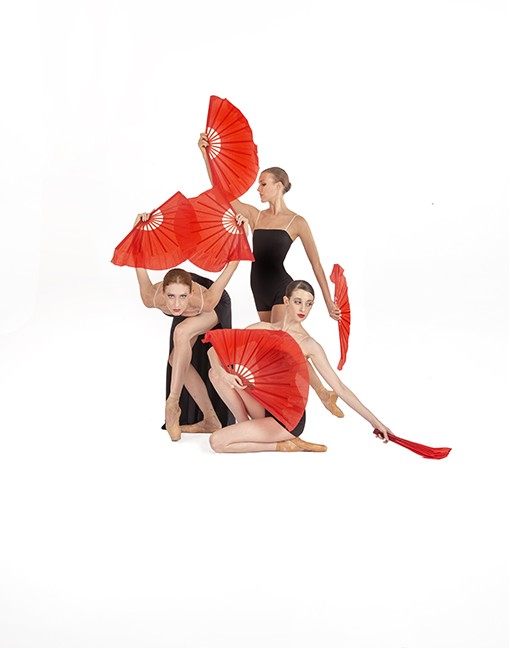 Ballet Tucson opens its 15th pro season with a musical dive into the past.

"I'll See You in My Dreams," a brand-new ballet in this weekend's concert, is studded with old tunes from the so-called Great American Songbook. The entire company, 26 dancers strong, will perform to beloved songs of the 1920s and '30s, from "Baby Face" and "Four Leaf Clover" to "Ain't She Sweet?"

The three musicians of The Great Banjo Summit and Other Things with Strings will play the music live, on a platform right on the stage at Pima College's Proscenium. Among them they play not only banjo but guitar, ukulele and upright bass.

"They're big-deal musicians, virtuoso-lever banjo players," says artistic director Mary-Beth Cabana, who plays all over the map. Rob Wright once was a member of the New Christy Minstrels, Howard Alden works with notable jazz musicians and Tyler Jackson has toured with Willie Nelson and Merle Haggard.

When she heard a CD of their music, she immediately told herself, "We should do this as a dance piece!" The live music will be mostly instrumental, but Wright will sing the dance's title song, "I'll See You in My Dreams."

The evening will also include reprises of "Spirit Garden," a Day of the Dead narrative ballet with recorded music from Tucson's own Calexico, and "Boler-O," set to the stirring rhythms of Ravel. A fourth dance will be performed only at the gala concert Friday night, courtesy of two visiting soloists from San Francisco Ballet.

The dancing in "I'll See You in My Dreams" is the handiwork of guest choreographer Mark Schneider. With the women in short dance dresses in bright colors and the men in jazz pants and tight tops, the lively 20-minute piece "is "charming and cute," Cabana says.

The dance also introduces a flock of new company members.

Ike Hawkersmith, a new arrival from the Carolina Ballet in Raleigh, and Danielle Cesanek, who graduated from the Balanchine-based Indiana University dance program just last year, will both be dancing in I'll See You in My Dreams.

Hawkersmith, who already has five years of pro experience, will dance in a trio set to "The Sunny Side of the Street." Cesanek, promoted early from the ranks of the apprentices, will do a "flirty and fun" duet to "Four Leaf Clover" and "Baby Face" with seasoned company member Vasili Boldin.

Another new woman, Shannon Quirk, arrives from Madison Ballet in Wisconsin, a troupe recently plagued by budget cuts. She'll perform in a quartet of women to the song "Tico Tico."

"She was a leading dancer for a lot of years," Cabana says. "She's a wonderful dancer with a great work ethic. It's good to get that new energy."

With all the newcomers, "there's a good vibe in the studio," Cabana says. "It's great to get new energy."

The company typically does a spooky narrative ballet this time of year, to coincide with Halloween. Normally the works are not restaged too quickly, but Cabana is bringing back the 2016 "Spirit Garden" after a pause of only two years.

"A lot of people asked us to do it," she says, "especially after Coco came out." The 2017 Disney animated movie, winner of two Academy Awards, introduced fans to the Mexican traditions of Día de Los Muertos.

Enhanced by the unique borderlands music of Calexico and by the digital art backdrops by artist Lawrence Lee, the story ballet tells a not-so-scary tale about passing into the afterlife.

There are plenty of dancing skeletons, an elaborate ofrenda altar and Day of the Dead marigolds, but at heart the ballet tells a family story.

"We based our characters on Lawrence Lee's art," says Cabana, who created the piece with assistant artistic director Chieko Imada. "He was the mastermind."

The big-scale production, 40 minutes long, has little kids from the company's school joining in with the pros. Megan Steffens, a talented dancer who's been with the troupe several years, dances the part of the mother. Mauricio Vergara plays the father and also takes on the dramatic role of Spirit of Aztec God.

"Boler-O" was choreographed by Daniel Precup, the company ballet master. Set to the pounding, popular music of Ravel, the 2012 work features all 26 troupe members and all seven apprentices.

Prima ballerina Jenna Johnson once again dances the lead. The troupe's dazzling star for all 15 of its pro seasons, Johnson "looks really wonderful," Cabana says. "She's defying the odds. She has the genetics to go on (dancing). She's dedicated to the art form, a real original."

While the troupe is in its 15th year as a pro company with paid dancers, it's actually celebrating its 33rd anniversary as a company. Before the troupe went pro, its dancers were primarily teens and children from its Ballet Arts school. The two visiting soloists from San Francisco Ballet both began their dance training right here in Tucson, at Ballet Arts.

Dancer Max Cauthorn "took his first class with us," Cabana says, attending the school only briefly as a small child before moving with his family. (His parents are Paulette Cauthorn, formerly a modern dancer with Tucson's 10th Street Danceworks, and Robert Cauthorn, once an arts writer for the Arizona Daily Star.)

"I can't really take credit (for his success) but it's a neat little tie-in."

But Jahna Frantziskonis "was a student here from age 4 all the way up to high school graduation," Cabana says proudly.

Frantziskonis left to dance with Pacific Northwest Ballet, and within a few years shot up through the ranks at San Francisco Ballet.

The two will perform a portion of "Diving into the Lilacs," a 2009 ballet by Yuri Possokhov, a "hip choreographer" in residence at San Francisco Ballet, Cabana says. "The kids went off and are doing great things."