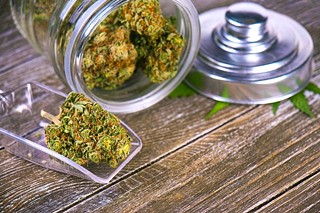 A lawsuit working its way through the Arizona court system is challenging Arizona Department of Health Services' denial of four dispensary licenses in rural Arizona counties, as a Phoenix-based company attempts to fill empty spaces in the cannabis landscape and increase patient access where there currently is none.

The initial complaint was filed in July 2020 and alleges that AZDHS denied the applications despite a ruling by the Arizona Supreme Court stating the Arizona Medical Marijuana Act "requires that ADHS issue registration certificates, and necessarily open the application process, under two distinct circumstances: (1) if the allocation of dispensary certificates is below the one-in-ten ratio [of dispensaries to pharmacies] or (2) a county does not have a dispensary."

According to the AMMA rules put in place in 2010, the number of medical dispensaries cannot exceed 10% of the number of pharmacies—think CVS or Walgreens—in the state, but may exceed that number to ensure every county has at least one.

ARS 36-2804(C) states, "the department may issue nonprofit medical marijuana dispensary registration certificates in excess of this limit if necessary to ensure that the department issues at least one nonprofit medical marijuana dispensary registration certificate in each county in which an application has been approved."

On Jan. 12, 2021, Maricopa Superior Court Judge Joseph Mikitish ruled against AZDHS' motion to dismiss the complaint. In its answer, AZDHS admitted that there are no dispensaries in the four counties, and that since at least 2017—the last time there was an assessment—there has been less than one dispensary for every 10 pharmacies.

The LLC that filed the lawsuit is controlled by Mason Cave, founder and CEO of the Arizona Cannabis Chamber of Commerce.

Cave said his LLC applied for the licenses on multiple occasions.

"We tried in 2019 for the empty counties, and then we tried to apply in 2020 again," he said. "The judge came through and said there's something here. So basically, we're moving forward with the case, and [the judge] basically said they do have an obligation to fill the counties."

Cave has no idea how long the case may take or what might happen even if judgment comes down in his favor, whether he might have a leg up on the competition, or if AZDHS will open up the process for any applicants.

"It seems to me like they should just be following the rules that are in place, and they're not exactly doing that, especially if the Supreme Court told them that they have to fill all those extra spaces," he said. "I don't know the rationale for not issuing the licenses other than trying to diminish patient access for some reason, which doesn't make any sense."

Should he get the licenses, his LLC is ready to pull the trigger on a least one dispensary for Springerville, in Apache County.

"Those guys in Springville, they have to drive to drive like two hours [to get to a dispensary]," he said. "Our Springerville building actually was a dispensary before so it's ready to roll, so we're literally waiting. We [could] be up and running in 30 to 60 days."