(Alanna Airitram/Submitted)
Saint Sugar Hill, 2017, is just one of 10 large scale works by Alanna Airitram now being exhibited at the Center for Creative Photography.

As much as she loved art, Alanna Airitam felt she didn’t belong in museums.

There were few people who looked like her on the walls and those who did were often portrayed in traumatic or violent situations.

When she left a 20-year career in advertising to become a full-time fine art photographer, she knew her art had to be different. The photographer moved to Tucson from San Diego in 2019, looking for larger, more affordable studio space.

Through Oct. 29, her series “The Golden Age” is on display at the University of Arizona’s Center for Creative Photography. Ten large-scale portraits depict Black Americans in a way that is designed to be uplifting, empowering and dignified.

The portraits are modeled on the golden age of the Harlem Renaissance and each portrait is dubbed with the name of a saint, names pulled from street names in Harlem.

In her artist statement about “The Golden Age,” Airitam wrote, “Weary from experiencing how people of color are treated, I feel called to create images of people who look like me presented with reverence and dignity. I began working on ‘The Golden Age’ during the spring of 2017, during which time I came to recognize ways I’ve allowed negative projections of others to hold me back artistically. I would spend time in museums admiring the lighting in European Renaissance paintings, while feeling how far the whole experience was from my own reality. I understood how uncomfortable I was in art spaces, that in so many unspoken ways I didn’t belong.”

Airitam said she learned while creating this series how important it is for people of color to use their voice. She said Black people have historically been put into positions where they must silence themselves for self-preservation.

“We’ve learned these ways of acclimating to our environment,” Airitam said.

“Sometimes that looks like taking a lot of abuse. Sometimes — a lot of times — it looks like code switching. In a lot of these situations where we’re not able to really, fully be ourselves and to be heard and to be taken seriously, we’ve learned to silence ourselves. One of the biggest lessons I’ve learned working on ‘Golden Age’ is that that is not acceptable anymore. We have to use our voice and it is important for me to use my voice. That’s the only way we’re going to incite some level of change in a way that is encompassing of human rights.”

Rebecca Senf, the exhibition’s curator at the Center for Creative Photography, said she first saw Airitam’s work at the Museum of the African Diaspora in California.

“I was just blown away,” Senf said.

“The work was so strong and hearing her talk about her process really deepened my understanding of the project. Then realizing she was local to Tucson made it seem like such an exciting opportunity that we might be able to share this work with the Tucson audience.”

“The Golden Age” was the first collection she created after committing to a career as a full-time artist. It was a way to stave off the depression and the insecurity that came from switching careers.

The models were friends and friends of friends, people she reached out to as a way of making sure that she was doing the work she needed to do.

“When I left my job, I wanted to make sure I was going to pick up my camera every day,” Airitam said.

“I knew that if I called people and asked them to come over and sit for me, then I didn’t have an excuse. I had a friend come over and she sat, and we did a portrait and then I looked at it and thought, this is amazing. I’m going to go back and do another one tomorrow with somebody else.”

The title of the collection refers to the era of portrait painting when Dutch Old Masters created images of the merchant class celebrating their wealth and social status. Airitam used many of the same looks and props to create her contemporary portraits — dramatic lighting, rich fabrics and symbolic items.

As an artist, Airitam felt excluded and that her voice was silent.

“The work is gorgeous evidence to the fact that she has something to contribute to that conversation,” Senf said.

“By producing these works that offer a vision of her colleagues, her peers, her community and the way she perceives them — it brings a kind of vision into a larger conversation and enriches the kind of conversation that can be had.”

The work, Senf said, brings into focus a vision that circulates and becomes part of the language used to discuss issues of representation, race, identity and inclusion.

When it came time to display the works, Senf said that Amy Baker, the CCP’s exhibition designer, researched the Netherlandish tradition of still life and portrait painting and the blossoming of the new middle and merchant class in Harlem.

“She studied that period and looked at how residences were painted and she studied a lot of other bodies of work in this group of paintings and listened to how Alanna talked about the project,” Senf said.

“She and Alanna just worked back and forth. It was really this great process of us producing an exhibition where the whole design underscored and supported the body of work.”

This included giving each of the portraits plenty of space, with each work nearly having its own wall.

“The environment allows for people to engage with a print individually and then together as a group,” Senf said.

Airitam said she was thrilled with the vision the staff had for how they wanted to present the work. She loved the idea of painting the walls in the sort of colors that you would see in an old colonial building — deep reds and blues. She described it as working very well in that space — in large part because of the people she worked with and their vision for the exhibit.

Airitam’s portraits celebrate the strength and beauty of each person who posed for the collection. While she uses props and costumes, she stressed she wasn’t trying to make them into characters or caricatures, rather she was capturing the way she really saw them.

“As I’m draping the fabric on them, I’m working with a really organic and sort of intuitive energy,” Airitam said.

“I allowed the feeling to sort of guide what the portrait was going to look like.”

She tried to give as much freedom to her sitters as possible, a process that she said taught her she doesn’t have to control everything. Sometimes she even grabbed unexpected moments. In the St. Nicholas portrait, he happened to be looking off camera and talking to his mother when Airitam shot the picture, capturing him with his hand on his hip and the grapes in his hand.

“A lot of those poses were just poses that they pop themselves into,” Airitam said. “Once the wardrobe was set into place, this other sort of energy arose out of them. It was just a beautiful collaboration between all of us.”

Airitam said the CCP has one of the largest photo archives in the country and that it is an important place for photographers. She said she feels honored to be a part of that and part of the history.

And unlike how she felt at museums for the longest time, she now feels included.

“From my perspective as a Black female artist, it’s important to me to be in that space and inhabit that space because, in large part, it’s been a very white male-dominated space,” she said.

“For them to open up that space for the first time (since the pandemic started) with this work is impactful. There is a lot of meaning in that, especially in the state our country is in right now. Coming out of this was this wonderful affirmation of belonging.”

“The Golden Age” by Alanna Airitam

WHERE: The University of Arizona Center for Creative Photography, 1030 N. Olive Road, Tucson 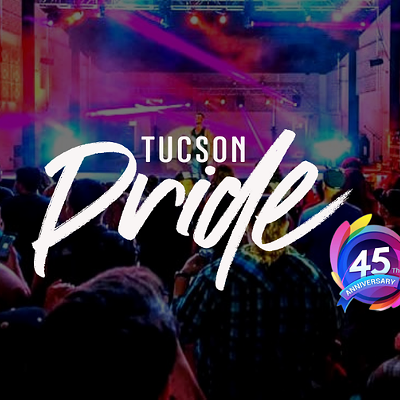