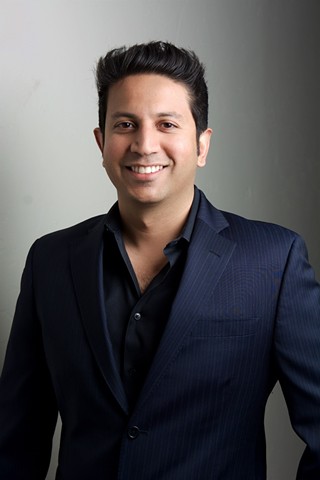 Now that pot is legal in Arizona, questions about the advantages of keeping a medical card have wafted through the air like smoke from a slow-burning joint of purple kush.

To answer questions about some advantages medical certification brings to the daily pot consumer, the Arizona Cannabis Chamber of Commerce (AZC3) hosted “Medical Marijuana, What’s Next?” on Dec. 17. The webinar featured medical marijuana insiders including Dustin Klein, co-founder of Sun Valley Health and director of Empower Clinics, along with Moe Asnani, owner of Tucson’s Downtown and D2 dispensaries.

The Arizona medical marijuana industry generates about $800 million in revenue annually from around 300,000 patients. Going into 2021, the number of registered patients in the state will be higher than that of any other state that has gone recreational, providing a powerful economic voice for the industry.

Among the benefits of acquiring or keeping a medical certificate, besides being the only way to legally purchase weed for the next four to five months, are possession limits, employment and housing protections, and cost, including pricing and the amount of taxes paid on marijuana purchases.

“It’s a good time to be a patient in Arizona as the dispensaries in the state prepare to have the recreational rollout,” Klein said. “You have to have a medical marijuana card to enter a dispensary until the applications are approved and our medical dispensaries become both medical and recreational facilities for cannabis.”

The Arizona Department of Health Services is in the process of creating the laws regulating recreational weed—track the progress at azdhs.gov—with an April 5, 2021, deadline to have them in place, coincidentally two weeks before the annual 420 celebration for pot smokers around the world.

Last year, AZDHS expanded the expiration of medical certifications from one year to two, so the cost of a medical card for those who qualify is half of what it has been historically. Turnaround with the digital process is often the same day, so advocates also point to efficiency of the process as well.

While medicinal products have a current tax rate of 6.6% for the state and an additional 2% to 3% depending on the local jurisdiction, recreational sales will have a 16% excise tax paid by distributors and likely passed on to the consumer, so in all, according to Klein, the average cannabis buyer will pay upwards of 25% when state and local taxes are figured in.

“If you’re a daily consumer of cannabis, on a financial [basis] if you qualify for a card, you’ll see that it’ll be a no brainer,” Klein said.

Recreational product will only be available at lower concentrations and possession limits will be lower: one ounce for non-medical users compared to 2.5 ounces, with limits on edibles to 10mg per piece and 100mg per package and concentrates at 5 grams. Those limitations will affect many patients, including those suffering with cancer to veterans dealing with the effects of PTSD, who might use upwards of 1,000mgs per day.

Given size restrictions on dispensaries in the state, most dispensaries will primarily cater to medical marijuana patients versus recreational customers at the outset.

“Without the patients, we wouldn’t be where we are today,” said Asnani, who anticipates the number of customers to be four to five times what he’s seeing with the medicinal program. “The space issue is what we’re dealing with as a dispensary.”
Asnani said the biggest hurdle dispensaries in the state will face is size limitations, which at present is 4,000 square feet, with one-quarter of that devoted to lobby space.

“Add COVID to the mix, and now you have social distancing in these smaller areas,” he said. “So we’re really working with the municipality on that.”

MMJ certification holders also enjoy protections in housing and the workplace and workers in the industry have more opportunities as well.

“Medical patients in housing situations where they don’t own the house get the rights to consume medicine,” Klein said. “Rights to consume your medicine and be treated just like any other employee who happens to be taking a medication that is beneficial to them [are protected too].”

Other benefits, such as reciprocity in other states with a medical program but not recreational, have been touted as well, so it remains to be seen what effect legalization will have on a huge economic market.

“We have rights in this state that protect employers, employees, housing, and travel and then, as rec comes, a tremendous tax difference,” Klein concluded.

Correction: This article has been update to reflect proper sales taxes on medical marijuana and limits on concentrates.