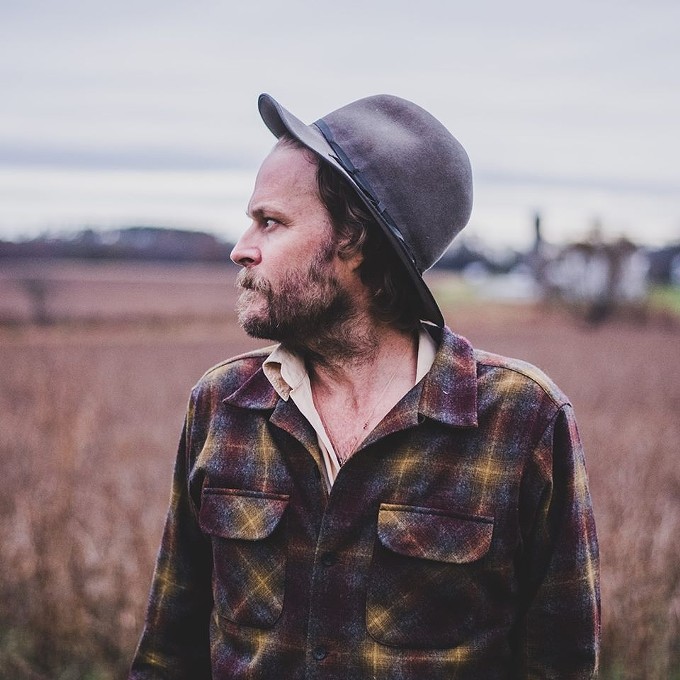 Courtesy photo
“I’m not a church-going person, but I suspect that the same kind of emotional wholeness that people get from worship is probably similar to what I feel when I’m playing music in front of people,” says MC Taylor of Hiss Golden Messenger. “There’s just something that feels deep about it.”

MC Taylor keeps a piece of Tucson with him every time he toes the stage with his band, Hiss Golden Messenger.

The Irvine, California native, who formed the band alongside longtime friend Scott Hirsch in 2007, bought a piece of turquoise jewelry on a previous stop in the Old Pueblo. He's kept it ever since, using it as a de facto luck charm that has accompanied him on tours across the country.

Taylor, who now resides in Durham, North Carolina when he's not on tour, brings his high-energy act to 191 Toole on Thursday, Oct. 3.

He's excited to play the venue for the first time, having made stops at the Rialto Theatre and Club Congress in years past.

Touring is an artform for Taylor, allowing for creative expression that's pent-up in the studio. He loves being able to create a unique experience each night, leaving bandmates and fans in a state of awe.

"I think of it like a spiritual, emotional, exercise," Taylor said. "I'm not a church-going person, but I suspect that the same kind of emotional wholeness that people get from worship is probably similar to what I feel when I'm playing music in front of people. There's just something that feels deep about it."

Taylor's act is touring in support of their 11th album, Terms of Surrender, which was released by Merge Records in 2019.

Hiss Golden Messenger has been one of the most prolific alternative country acts in the land, releasing that many albums in an 11-year stretch.

Taylor said the band's productivity and extensive touring schedule stems from their maturation as a collective, from Taylor as a solo act to a more rounded consortium of musicians.

"It started [in 2008] as something very bare bones," Taylor said. "Just me and a guitar or two. It's grown to a full band using electricity and a crew that travels with us. It's been a pretty organic growth honestly."

Taylor believes the best way to chart Hiss Golden Messenger's growth is through each of their albums, as they've grown in structure and substance over time.

"I think the better way to trace the evolution of the band is probably through the records in a way," he said. "Just because that's the place where their new influences, new sound surface and then I'm not exactly trying to copy what appears on the records in a live setting but that's generally my jumping off point."

Taylor said Tucsonans should flock to the downtown venue to experience a night of rip-roaring, uplifting music that's sure to leave you feeling better about yourself and others.

He said playing a whirlwind tour like this one allows them to play an eclectic mix of songs, mixing in different tracks based on the reaction of the crowd.

He's excited to see what the Tucson crowd brings and to play music that will resonate with everyone in attendance in early October.

"I'm trying to figure out what songs will resonate with the energy that is in the room," Taylor said. "There are some songs that I might play every night and I'll find myself in a room that doesn't feel like it wants that song. You just have to pay attention to the energy of the place I think and there are a few different ways to do that but it's kind of a subconscious or unconscious thing."