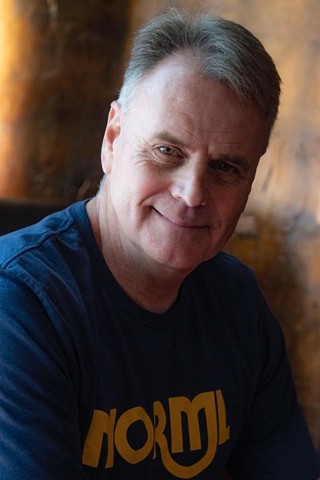 As the clock turns to 2022,  and we hold our breath about whether elections will even matter by next November, the grassroots advocacy of Arizona NORML will advocate for good cannabis laws—and fight bad ones—in the next legislative session.

Despite the passage of the Arizona Medical Marijuana Act in 2010, and the legalization of adult-use, recreational pot last year, there is still a lot of work to be done as Prop 207 evolves and prohibitionists pursue bad legislation to nullify the will of the people by creating stricter cannabis laws.

The National Organization for the Reform of Marijuana Laws, established in 1970, acts as a policy watchdog nationwide, tracking proposed cannabis-related legalization and providing a voice in the halls of government for the cannabis community.

NORML has traditionally organized an annual “Lobby Day,” when activists show up at legislative offices in the early part of the legislative session to advocate for or oppose bills related to cannabis issues.

Due to last year’s pandemic shutdown though, new tactics needed to be found. Hence the birth of “Lobby Week,” which used Zoom meetings for a successful round of lobbying that reached more legislators and provided opportunities for more citizen involvement.

The next legislative session begins the second week of January 2022 and the Arizona chapters of NORML will be ramping up in the next two months to take the fight to the halls of state government.

The Weedly sat down with Arizona/Southern Arizona NORML Director Mike Robinette to find out what’s on the agenda moving forward in the world of weed.

The interview has been edited for length and clarity.

Can you give me two or three high points of what NORML is going to try to achieve next year?

Our legislative agenda is threefold and was created through polling our membership in both Phoenix and Tucson to see what was important to them. After that, we had a retreat with the Arizona NORML board to look at all the input. There were about 30 to 40 suggestions, so we ranked them, and through that selective process created an agenda that was supported by membership. Our agenda includes: making expungements both universal and automatic; reining in Department of Child Services, relative to their antics with parents and mothers who are pregnant; and reducing card costs to try to help medical patients. Those are our top three legislative priorities. We do have a fourth one, but that one was, oddly enough, not mentioned by membership. That is adding Autism Spectrum Disorder to the list of qualifying conditions with the Arizona Medical Marijuana Act. It’s something that we’ve been working on for about two years now and we decided to do that since we’ve been involved with it. We’re not going to play point on autism, but we will work with other organizations to see it to fruition as well.

What about potency caps?

While we can come in proactively and be prepared with our agenda, there’s also going to be an aspect of us playing defense. If we see any legislation, or if we hear any inklings of legislation regarding the concept of THC caps, we will be fully prepared to fight.

That’s just something we’re not going to abide in the state of Arizona. I’ve been harping about it forever, so we will be vigilant, and we will be prepared to fight those ideas.

What about the virtual experience you had last year? Are you going to carry that forward? You indicated you had a really good experience with this.

I’ve been involved with NORML over three Lobby Days, and also one with national NORML with a Congressional Lobby Day. I organized all four of those. What I learned is, when we did our virtual Lobby Week because of COVID last year, it was a serendipitous discovery that doing it virtually is so much more powerful than actually doing an in-person one. We found that we could control the process, we could orchestrate the meetings so that we control the entire process of the meeting, and we can control the message as well. We had 51 legislative meetings last year during Lobby Week. If we can do it over four days, Monday through Thursday when the legislature is in session, we can meet with many more people than trying to just do Lobby Day on a given day. We found we can bring in a lot more support and people don’t have to travel to Phoenix to participate in the lobbying experience. That allowed a lot more people from outside of Phoenix to actually participate from the comfort of their own homes. What was even more powerful is, anecdotally, we hear in the Legislature that the cannabis community isn’t vocal, and they don’t hear a lot from the cannabis community. Next year, we hope to demonstrate that we are a united front, and that we are collaboratively working against bad bills and working to support and help good bills to pass.

Also, when we do in-person Lobby Day, there’s some offices that are so small in the legislature that you might only be able to fit two or three people into one office, losing the impact of more than two or three people representing NORML, speaking at the grassroots level to their representatives. We found that doing it virtually, we’re able to have as many people joining as possible. So we could have a Zoom call where a legislator pops into the Zoom Room and there could be 20 to 25 activists in Zoom boxes.

It’s incredibly intimidating, because when they look at all the people in the boxes, and you can see their eyes get big in reaction to, “Wow, there’s a lot of people on this call.” That’s really powerful. On the call, we have specific constituents from that district speak directly to their representative. After we have them talk about how, for example, cannabis has had a positive influence in their life or in the lives of their relatives, friends, significant others, loved ones, we then as NORML the organization, lobby in that lobby meeting. So we’re able to accomplish two things: to let them see there is a presence relative to the cannabis community, and the cannabis community is concerned enough to jump in on these meetings to talk about good and bad bills and to talk with their representatives. It becomes a very, very powerful way of demonstrating that we’re a force now and we are watching and we are ready to counter bad legislation. We’re certainly more than willing to support good legislation.

We had 51 legislative meetings scheduled last year, which is more than half the legislature. My goal is to try to get at least 60 this year. All our meetings have been incredibly positive. We conduct ourselves in a professional manner. We are not antagonistic in any way. We’re just there to demonstrate to the Legislature that yes, the cannabis community is united, is watching and we are fully aware of what’s happening.

You probably get a lot of variation in understanding how the process works.

What I’ve found over the years is one of the big, big things that prevents people from getting involved at this level of activism, is they’re nervous and they have trepidation because they’re not familiar with the legislative process. They’re not familiar with the legislature. When you have that lack of familiarity, it breeds a bit of a fear, nervousness and trepidation relative to wanting to actually jump into that arena and engage in lobbying. What we want to do is break down those barriers of insecurity and lack of knowledge.

In December, we’ll hold training to prepare people going into the legislative session, primarily focused on two things. One, we want to get people up to speed on requests to speak, which is a very easy, efficient way to allow people to thumbs up or thumbs down bills that are being processed in the legislature and are making their way through the process. We want to make sure that people are trained and familiar with that system, because that’s a very easy way that you can take 30 seconds and lobby from the comfort of your own home. All the legislators see that.

Secondly, we want to train people on the basics of the Legislature. How do you find bills? How do you read a bill? How do you interpret it if you go to azleg.gov? How do you interpret working through the different links in that page? What we want to do is demystify the entire legislative experience so our volunteers can hit the ground running and ready to advocate. They’ll be not just prepared, but excited to jump into our Lobby Week, because we will have taken down those barriers of entry that are generally from lack of knowledge and trepidation and be able to move our volunteers and advocates forward in a united way.

Is there a timeline on when you might want to roll out this training?

Our plan is to roll it out, and depending on input and feedback relative to interest, either do a combination of in-person and virtual Zoom training.

If we did it now, some of that information might drop out of people’s minds. If we do it in December, it’s fresh enough heading into January. Then we can use those meetings to really pump people up and inspire them to want to be involved. We host training prior to the lobby week as well and open up the Zoom at 7:30 every morning, so that people can come in, have a coffee, and get ready to lobby. Also to remind people of what we’re there for and what the agenda is, so that we’re always on the same page in the meetings.

How did you get involved with NORML?

I’m from a town north of Baltimore, and moved to Arizona in 1992 after a stint in the Peace Corps teaching math in Cameroon. I was in education for 27 years, the last 17 were spent at Ironwood Ridge High School.

There was a specific incident that brought me into NORML. It was when Jeff Sessions rescinded the Cole-Ogden memos in January of 2018 (making it easier for the federal government to prosecute cannabis offenses in states where marijuana is legal). I was so incensed by that because I knew it was going to happen. When that happened, I said, “That’s it, I’m gonna engage my congressman.” So I called National NORML and they recommended going to an Arizona NORML chapter meeting, which I did in February 2018. That’s where I met Michael Weisser. He and I became friends and started working heavily together on advocacy. That started my journey into NORML and got me to where I am today.

Federal Flailing: A jammed U.S. Senate can’t seem to get cannabis legalization to the finish line

Federal Flailing: A jammed U.S. Senate can’t seem to get cannabis legalization to the finish line