A River of Roses 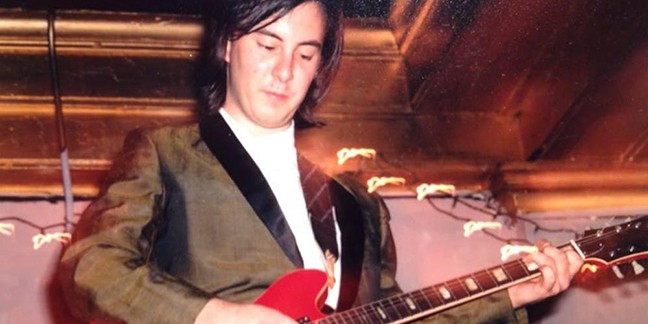 Courtesy
The local music scene will gather to honor Gene Ruley on Oct. 6 at Congress.

Gene Rules! A Tribute to the Late Great Gene Ruley

In the early '80s, Gene Ruley left his hometown of New Orleans to go to college in Tucson. And although his guitarwork widely influenced the local desert music scene throughout the following decades, he never forgot his roots, or the music therein. Ruley passed away on Aug. 26, at 54 years old. His unexpected death prompted remembrance in the music halls and marquees throughout Tucson, and on Saturday, Oct. 6, Club Congress is hosting a tribute show for the quiet man with a loud guitar.

"For what we consider the Tucson music scene, he was probably the most influential instrumentalist there was," Hotel Congress Entertainment Director David Slutes says. "He actually knew what he was doing with his guitar, for one."

Ruley played in many bands seminal to the Tucson sound, including River Roses, the Phantom Limbs, the Drakes, the Zsa Zsas and more. Friends and fellow musicians note his equal-parts virtuosic songwriting and humbleness.

Chris Holiman, vocalist for River Roses, first met Ruley at a house show in '85. Holiman had recently formed River Roses with Caitlin Von Schmidt and was in need of a guitarist.

"His guitar playing had this kind of soulfulness to it, and I think that was from his time in New Orleans." Holiman says. "It was soulful even though he wasn't playing jazz or R&B. That just shows how important New Orleans was to him, both as a musician and as a person."

Holiman and Ruley played together in River Roses from roughly '85 to '92, releasing multiple albums and building a jangly style of pop rock then unheard-of in the Southwest.

"When we started playing back then, it was still all country music." Holiman says. "So we had to kind of create our own scene."

Holiman and Ruley begged a local bar to give them a Monday night spot to perform in.

"It was an awful spot to play in, honestly." Holiman says.

Nevertheless, River Roses persisted in their reimaginings of '60s pop, making music akin to the Paisley Underground movement in California. Slutes maintains they were the most underrated and criminally overlooked band in town.

"Gene was very gifted," Holiman says. "It wasn't just about playing guitar, he was very into composition as well. He's not just a 'pop' guy."

Continuing his prolificacy, Ruley formed The Drakes (later the New Drakes) with Tom Stauffer. The duo wrote some 40 or 50 songs together throughout early '90s.

"He was just an amazing person to play music with," Stauffer says. "He was so musical, but at the same time he was so funny. To a certain extent, he raised the bar for Tucson music considerably."

Slutes, vocalist for the Sidewinders (later the Sand Rubies), recalls Ruley being a wealth of songwriting information. Many mornings Slutes would call Ruley up with some wild song idea, and Ruley would manage to hone and translate that idea into a functioning piece of music.

"He was that perfect musical muse to many of us songwriters," Slutes says. "It's gonna be hard for me to write songs now without him. I really felt his loss, both as a musician and as a friend."

Ruley suffered a heart attack in March of 2018, which rendered him unwell for some time, but this didn't stop his songwriting. Slutes recalls still working through songs with Ruley in his final days. Holiman says he'll never really play a show the same way again.

"To all my fellow travelers—what a privilege to have you along!" Ruley wrote on his Facebook page on Aug. 16.

Upon news of his passing, the Rialto Theatre's marquee carried the message "FAREWELL GENE RULEY, WE WILL MISS YOU GREATLY," while Rocco's Pizza said goodbye with: "ONE LESS GUITAR HERO RIP GENE."

(It might be worth noting that back in 2006, when the Tucson Weekly asked him, "What song would you like to have played at your funeral?" Ruley responded with, "A moment of silence. Then maybe 'Time' by Tom Waits.")

The tribute show at Hotel Congress is a natural progression in the story; according to Slutes, Ruley was the first guitar player to perform on the Congress stage, and already his guitar is hanging on the wall.

Noting his understated personality, Slutes says Ruley would not expect a tribute show to be organized.

"He definitely would have been surprised this is happening," Slutes says. "He'd be embarrassed, and he probably wouldn't even come."

Stauffer views it a bit differently, though.

"Yeah, I think he'd be embarrassed." Stauffer says. "But the thing about Gene is that he always loved a good show."

And a good show it is turning out to be: special guests include, Holiman, Stauffer, and Von Schmidt, as well as Hank Topless, Infinite Beauties, and many of the other dozens of musicians Ruley inspired throughout his career.

More than the music, Stauffer plans on sharing stories about Ruley to his fellow musicians. But there is one song he knows he wants to play for sure: the very first song they ever wrote together.

"It's a chance for his Tucson family to get back together and remember the music he made," Holiman says.

Slutes says not many people may have expected the outpouring of grief and remembrance from the community, due to how understated Ruley was, but now that he's gone you can see how many people he affected, and rightfully so.

"He didn't belong to any one person or band," Stauffer says. "We were all so lucky to be able to play with him and hear his music."