A River in Deficit

Deception and science in the Colorado River 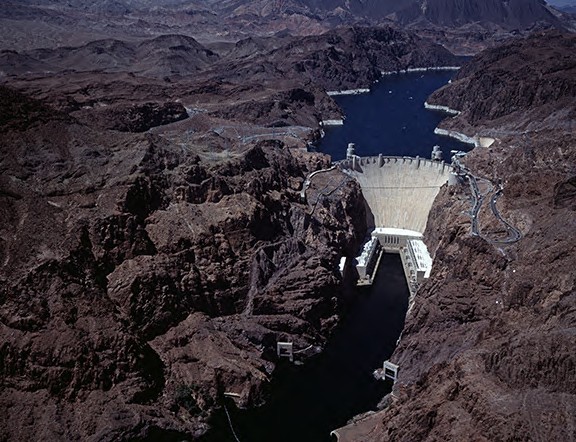 The Colorado River once dumped millions of gallons of water annually into the Gulf of California, but now dries up before it ever reaches the sea. This withering is due to aqueducts and dams constructed despite scientists' warnings, according to the new book Science Be Dammed: How Ignoring Inconvenient Science Drained the Colorado River.

The book, published by the University of Arizona Press, argues against the common story that developers in the early 1900s used the best scientific information available at their time, and instead posits they continued to develop throughout the Southwest while knowing the environmental damage it could cause for future generations.

"As the book's title says, we really did know a lot more about this river when we were making the decisions. It's just that the political process and decision-makers picked and chose what would fit their politics," said co-author Eric Kuhn. "It's not the first time folks said there's not enough water, but we think it's the first time a book like this has come out and told that story."

Kuhn, who worked at the Colorado River Water Conservation District for nearly four decades, wrote the book with John Fleck, director of the University of New Mexico's Water Resources Program.

While the "conventional story" is that the compact's writers allocated their water during unusually wet times, thus resulting in this deficit, Science Be Dammed states the decision-makers had thorough, nearly modern statistics on the river's flow, but selectively picked data in order to get their development goals accepted. The leeway inherent in their river-flow statistics allowed them to push their agenda.

"If you recognize there's a large range of uncertainty in data, it's wrong to pick one side of that band that meets your convenient needs. You need to account for the range, and recognize the bad side is as equally plausible as the good side," Fleck said. "And that's what we do in engineering, they build bridges to take larger loads than we actually think they'll get."

But this was not the case with the Colorado River. According to Kuhn, the framers selected the "rosiest scenario possible" in order to authorize developments like the Central Arizona Project.

Science Be Dammed isn't entirely retrospective, however. Fleck and Kuhn, in their digging through early studies of the river's flow, hoped to find a "realistic assessment of the misuse of science in the past, to understand the way those mistakes have become embedded in the rules used to govern the river today."

Kuhn and Fleck say their similar interests and backgrounds naturally brought them together to write Science Be Dammed.

In 2007, Kuhn wrote a report on the Colorado River, which made him wonder, "How did we get to where we are today?" While Kuhn was better versed in writing technical papers, Fleck had previously written a book about the Colorado River.

"I was trying to make sense of the numbers to try to understand how we got into this mess, but I didn't really have the technical chops to think through the numerical details. But Eric at the same time had been thinking about the same things, so we had complementary skill sets focusing on the same set of questions," Fleck said. "While working, our area of overlap grew; he became a better storyteller and my numerical analysis improved greatly."

Kuhn and Fleck argue in the book that the greatest failure of river management institutions in the 20th century is a lack of plan B in the face of less water. And of course, there is now less water.

"Climate change and many other factors have basically said that there's no stationarity in the river; we can't use the last 100 years to predict what's going to happen in the next 100 years," Kuhn said. "Now that every drop of water in the river is used, the cushion is gone. And I think that's one of the messages: You can't rely on future generations to fix a mess."

Even if the compact's framers hadn't selected the "rosiest scenario possible," the Southwest's current 19-year drought would still cause tightening for the Colorado River's allocations. This has led to updated rules around water use, such as Arizona's recently ratified Drought Contingency Plan.

Fleck and Kuhn are not without hope, however. Not only is science advancing to offer new methods of water conservation, but the populations of many Southwestern cities are living more sustainably as well. For instance, Tucson's water demand has continually lowered in the past two decades, despite an increase in population. In 2000, Tucson used 133,000 acre feet of water annually; in 2017, it was 110,000; and 104,000 is projected for 2025.

"We've been operating for a century on this expectation that our population will grow and we'll need more water for these people," Fleck said. "But we're now seeing conservation being so successful, and clever water usage techniques within those areas, that we're no longer seeing rising water demand, even as population continues to grow... It's created this enormous problem-solving opportunity."

While Science Be Dammed doesn't offer all the answers moving forward, it does discuss a kind of "Grand Bargain" that requires coworking between members in the Colorado River basin, and a reliance on science, unlike what happened in the past.

"Eric and I believe there is a path forward to undo the mess we describe in this book," Fleck said. "To develop an evolving set of water allocation rules that reflect our current reality... We need to come up with a new way of thinking about the rules."