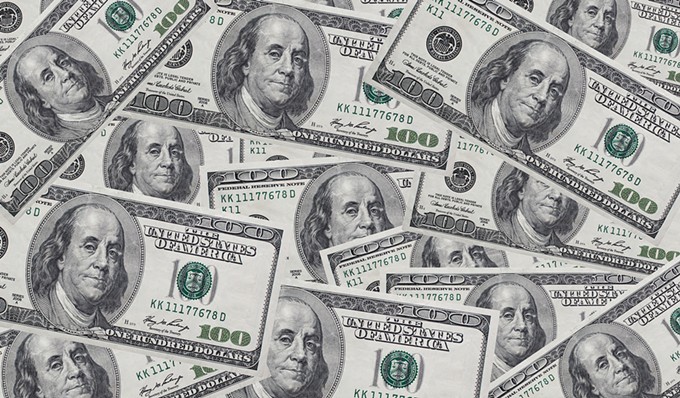 This election season, voters will approve or deny an initiative to raise income tax on Arizona's highest earners and reroute the money to better fund education in the state.

Money from the surcharge would go into a Student Support and Safety Fund in the following proportions:

• 50 percent for hiring teachers and classroom support personnel while increasing their base salary.

• 10 percent for schools to provide mentoring and retention programs to new classroom teachers.

A third-party group that looks at all voter-initiated ballot measures, the Joint Legislative Budget Committee, estimates Prop 208 would raise $827 million for education in the state.

The committee notes the real amount of funds Prop 208 would create depends on how Arizona's top earners respond to the tax hike. Business investment could take a hit, and high-income taxpayers could choose to leave or move their income outside the state to avoid the tax.

Furthermore, a campaign against prop 208 is raising many concerns on how the tax increase could damage the state's economy.

Addressing the state of education in Arizona

Arizona has a long history of teacher shortages in the state. In 2016-17, the state had 23 students for every one teacher, the highest in the U.S., according to the National Center for Education Statistics.

As of Aug. 31, nearly 28 percent of teacher vacancies in Arizona remained unfilled. Half of these vacancies were filled by teachers who do not meet the state's standard certification requirements, according to an annual survey from the Arizona School Personnel Administrators Association.

Supporters of the Invest in Ed initiative say it will bring a much-needed flow of funding to Arizona's public schools that have traditionally been underserved.

Dawn Penich-Thacker is the co-founder and communications director of Save our Schools Arizona, a non-profit that advocates for the state's public schools. Half of the funds from prop 208 would go toward increasing teacher salaries, something she says is the fundamental issue behind teacher shortages in Arizona.

"It would have a massive impact on what I think a lot of us believe is the root of the problem: low teacher salaries. We know we lose teachers to other professions and other states because of the salary, because of the compensation problem," Penich-Thacker said.

As a high school social studies teacher in the Tucson Unified School District, Jim Byrne has witnessed many teachers leave their profession, and even the state, due to low salaries. He's voting yes to prop 208 and believes higher pay will incentivize teachers to stay in Arizona.

"Prop 208 would secure funding for hiring new teachers to work toward solving the massive teacher shortage that we have because teachers are so overworked and underpaid in this state," Byrne said. "That money would exist to rectify that situation of not having enough teachers by paying competitive salaries so good quality teachers don't leave our schools for neighboring states, where they can do basically the same job but for more money."

Byrne knows many teachers, including himself, who have to work part-time jobs or side gigs to stay afloat financially. He says the influx of money Prop 208 Provides would help educators dedicate more time to their careers.

"To pay teachers more means they don't have to spend more hours working that is not committed to becoming a better teacher," Byrne said. "Our teachers work hard. But fatigue winds in there, and so if we pay them more, we don't have to work other jobs that take us away from being better teachers, the professionals that we are and that we want to become."

"In Arizona, we lose half of our teachers after just two years. That means that just as you're getting your bearings, just as you're figuring out how to run a good classroom, is when more than half of Arizona teachers are realizing, 'now I want to start a family,' or 'now I have a new mortgage, and I can't keep doing this job'," Penich-Thacker said. "By paying more, we keep more of those experienced teachers, even after they have kids or a mortgage, then we have so much more expertise in the classroom."

She believes the Invest in Ed initiative has an effective distribution plan to reach those most in need of the funds, and the tax hike in the proposition would only impact a limited population of Arizona's wealthiest.

"It's a very small and focused group of people that it will impact, meaning very wealthy Arizonans. It also has a very focused target for what the funding can be used for, it's specifically for salaries, recruitment and training," Penich-Thacker said. "I see the questions that people put up, 'I support our schools, but I'm not in favor of six-figure salaries for the superintendent.' Great, because Prop 208 doesn't allow that."

Of the funds produced by Prop 208, 25 percent would go toward hiring and increasing salaries of student support services personnel like counselors, nurses and special education providers.

"We know, because we're actual teachers who work in school systems, that there are so many important staff, people who are certainly highly qualified, that deserve to be considered an educator, and they deserve to have the kind of competitive salary benefits that classroom teachers do. We can't do our job effectively without that," Byrne said.

The high school teacher is also excited about the funds Prop 208 would put toward supplemental programs like career and technical training services.

"That offers the opportunity for new programs, much more computer science and technical classes," Byrne said. "We can offer more nursing programs or mechanical, vocational stuff that are very important and well-paying jobs that you don't often have to go towards four years that'll put you in debt."

However, the campaign against Prop 208 says the initiative would dangerously raise taxes and put Arizona's economy on the line.

The opposition against prop 208

Garrick Taylor, a spokesperson for both the Arizona Chamber of Commerce and the campaign against Prop 208, says the initiative's tax hike would put an unfair burden on small businesses in the state.

"Small businesses, unlike large corporations, pay their income taxes through the

individual portion of the tax code. So it's small business employers who are most affected by this near doubling of the tax increase," Taylor said.

Chad Heinrich, the Arizona director of the National Federation of Independent Business, agrees prop 208 could cause a huge blow to small businesses.

The numbers come from an analysis by the Goldwater Institute, a conservative think tank opposing Prop 208, that says 50 percent of tax filers who would be affected by the tax increase are small business owners.

Opponents also argue the amount of personal income tax citizens pay varies from year to year, so relying on the tax is not a sustainable source of funding for teacher's salaries.

"One thing I will promise is that no teacher will get a sustainable raise from this funding. If you study the fluctuation in the revenue the state receives from this top tax bracket currently, it fluctuates 30 percent from year to year, and that's in a growing economy," Heinrich said. "The best thing that a teacher could wish from this revenue is, in a good year, maybe they'll get a bonus. But it's not something they're going to be able to take a mortgage out with, because that revenue is not going to be there year to year."

Arizona's top individual tax rate is currently 4.5 percent, and if Prop 208 were passed, this would jump to 8 percent, placing the state in the top 10 for the highest personal income tax rate in the U.S. Taylor says this would make Arizona both regionally and nationally "uncompetitive."

"We disagree strongly with that contention, that the only way we can fund Arizona schools is through a huge tax increase. In fact, we would argue it's just the opposite," Taylor said. "A huge income tax increase, especially in the middle of a pandemic, is poised to do much more harm than good, and it will jeopardize education design going forward because it will weaken the economy."

"Most people who run small businesses are making $60,000 a year. That's what they're paying themselves when they pay all their other bills. Are there small business owners who do make that? They exist, it's not impossible, but it's not 99% of them," Penich-Thacker said.

If voters reject Prop 208 in November, she worries the state of education in Arizona will crumble at a dire crossroads.

"If Prop 208 is rejected, it will be catastrophic," Penich-Thacker said. "We already have more than 3,000 classrooms that don't even have a teacher in them, because schools can't find anyone willing to do the job. This requires a yes, because it is at that tipping point. We can turn it around now, and set our students and our state up for being competitive and being successful. If we don't turn it around, it will be catastrophic for our economy and our kids, because we can't get much worse."