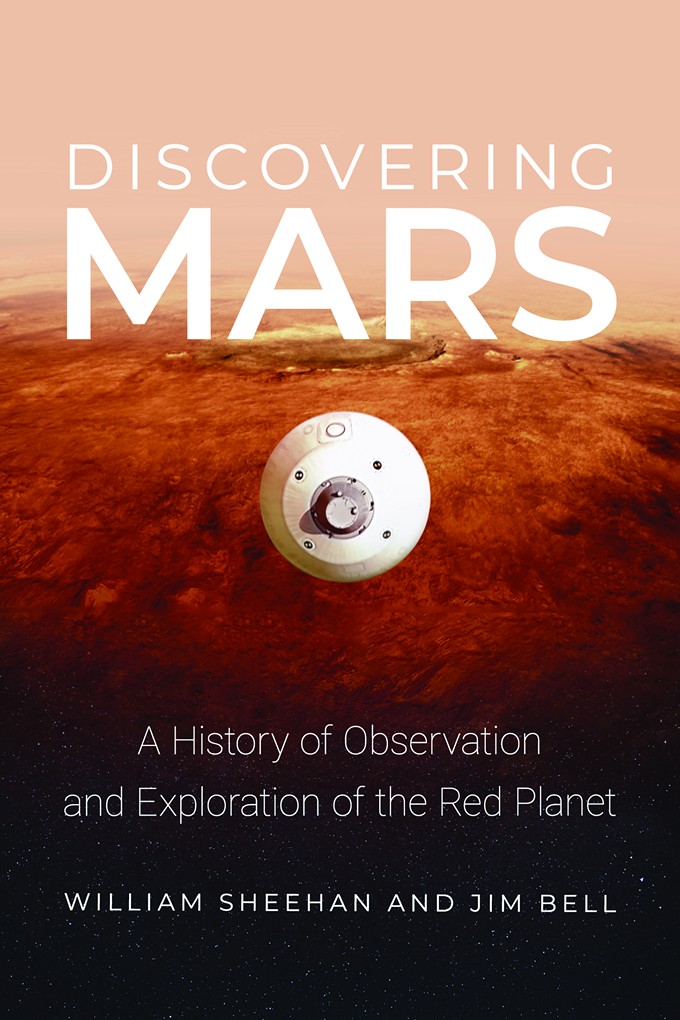 A successful and historic Mars landing occurred during the eventful first decade of the 21st century. NASA’s Discovery program of small, competitively selected missions led by individual scientists was proving to be a success not only in terms of cost-effective science return, but also in terms of innovative ideas captured for new missions. (The program typically attracted around 25– 30 proposals from the planetary science community for each of the four open competitive opportunities that had been announced since 1994.) However, the program presented an additional hurdle for Mars exploration: while Mars missions could be proposed to Discovery, they had to compete with outstanding mission proposals to the rest of the solar system and thus had low odds of success and couldn’t be built into a more strategic component of NASA’s Mars program. G. Scott Hubbard and others thus came up with the idea of creating a low-cost and high-innovation set of missions following the Discovery model, but specifically for NASA’s long-term Mars Exploration Program. The resulting “Mars Scout” program announced its first mission proposal opportunity in 2002. Around 25 proposals were submitted, reinforcing the notion that the community had lots of great Mars-specific mission ideas to pitch to NASA.

The winner of that first Mars Scout competition, announced in 2003, was a mission called Phoenix, designed to study polar processes on the Red Planet using the mothballed copy of the failed MPL design that had been designated for the canceled Mars Surveyor ’01 lander. The mission was led by the University of Arizona (the first Mars mission ever led by a public university), in collaboration with JPL, Lockheed, NASA/Langley, and other partners. This time Peter Smith, the impish lead of the Mars Pathfinder camera team who had helped make that mission so successful and influential, would lead an entire mission of his own. Part of the mission’s goal was to recover some of the science of MPL, but more importantly the mission was also designed to be a “ground truth” test of new results that had come from orbital imaging and spectroscopy since then. This time the mission would be targeted for a high northern latitude (68°N), partly because of celestial mechanics considerations, but also partly because Mars Odyssey Gamma Ray Spectrometer (GRS) and Neutron Spectrometer (NS) mapping data had supported the hypothesis that significant amounts of ground ice were buried just below the surface at those high latitudes. Could Phoenix verify the Odyssey results from the ground? If so, the Odyssey maps could be used with confidence to identify ice deposits elsewhere on the planet.

The Phoenix scientific instruments included a high-resolution color stereo camera system known as the Surface Stereo Imager (SSI) built by the University of Arizona, situated atop an extended mast at a height two meters above the ground in order to simulate the 3D view that a tall person would have standing on the surface; another color camera on the lander’s robotic arm for close-up imaging of the surface; a mass spectrometer called the Thermal and Evolved Gas Analyzer (TEGA) with eight small ovens that the arm could drop samples into for chemical analysis; a small “wet chemistry” lab called the Microscopy, Electrochemistry and Conductive Analyzer (MECA), where chemistry and microscopy experiments could be performed on arm-delivered soil samples; special probes and sensors to measure the temperature, humidity and other properties of the soil and atmosphere; and a special rotating digging/scraping tool called a rasp that was designed to enable some of the hoped-for ice to be scooped up and delivered to the lander’s chemistry instruments.

Phoenix was launched on Aug. 4, 2007, and after a leisurely (compared to Spirit and Opportunity) and mostly uneventful nine-plus-month cruise it performed a picture-perfect landing in the high Martian arctic on May 25, 2008. The landing was monitored closely in real time by the MGS and Odyssey orbiters, as had become NASA’s nervous tradition since the Mars mission failures in 1999. The successful landing of Phoenix was a testament to the significant additional time, money, and brain power that had gone into figuring out, between 2005 and 2007, why the original MPL system design had failed nine years earlier, as well as the skill of the JPL, Lockheed and Langley team that was able to modify the system and then retest and validate the changes during that narrow window of time.

Within five sols (Mars days) of landing, Smith’s team had deployed the arm and taken stunning photos with the arm camera of the “blast zone” made by the retro-rockets underneath the lander. The platy white patches of ground looked just like the predicted buried water ice! Verification required more careful measurements, however, and so the arm was commanded to dig trenches around the lander to try to uncover and scoop up some ice directly. Several white patches were exposed in these trenches, and the observation that the patches faded into the background within a few days was consistent with exposed ice that sublimated (transitioned directly from solid to vapor) once it was exposed to the thin atmosphere. Eventually, after some snags were resolved with the sample delivery system, fragments of dirty ice scraped up by the rasp were successfully dumped into TEGA to confirm—quantitatively—that the white material just beneath the dusty, pebbly surface was indeed water ice. The Phoenix team had given the community the ground truth it was seeking.

Other important discoveries from the Phoenix chemical measurements included the detection of minor amounts of carbonates and perchlorate salts in the soils measured in the TEGA instrument ovens. Remote-sensing searches for evidence of carbonate minerals like calcite, dolomite or ankerite on Mars have been conducted for decades, since the formation of such minerals in a CO2-rich atmosphere could provide additional evidence for a putative warmer and wetter epoch earlier in the planet’s history. While some evidence for relatively small amounts of carbonate distributed widely in the bright global soils or locally in specific outcrops has been found from previous and ongoing infrared remote sensing measurements (as described earlier), the first direct detection of small amounts (3–6 weight percent) of carbonates came from measurements on the Phoenix landing site soils. The origin of these minerals is uncertain, but it could be related to the formation of altered ejecta by the large impacts that created the northern lowlands, by the settling and mixing of carbonate-bearing global dust in the soils at the site, or by the in-place weathering and alteration of precursor soil minerals with the aid of water or ice at the site.

Calcium and magnesium perchlorate minerals (chemical salts containing the ClO4−ion) were also discovered in small but significant abundances (up to 0.5 weight percent) in the soil. Perchlorate is a strong oxidant, and is thought to form in the atmosphere and/or on the surface of Mars from the action of harsh ultraviolet (UV) radiation on chloride-rich dust or soils. Perchlorate has two important characteristics that make the discovery particularly relevant for Mars research. First, it can accelerate the breakdown of complex organic molecules, especially in environments with high UV radiation. This is why some researchers speculate that perhaps the presence of perchlorates could explain the lack of detection of organic molecules by the Viking Lander biology experiments. Second, perchlorate salts act as a kind of antifreeze when dissolved in water, significantly lowering the solution’s freezing point and thus, potentially, allowing the water to remain liquid in certain places even in the normally well-below-freezing environment of the Martian surface. Some scientists thus speculate that perhaps the water-related activity possibly implicated in high-resolution images of gullies and other similar landforms was enabled by the mixture of perchlorates and groundwater.

Phoenix was a solar-powered mission designed for just a three-month primary mission in the harsh low-sun, low- temperature environment of the Martian polar regions. Ultimately, the mission lasted two months longer than planned before succumbing to the inevitable shortage of sunlight and solar heating as winter approached. The lander was likely crushed under the weight of a thick load of seasonal solid CO2 (dry ice) that snowed out of the atmosphere as the polar night set in. Regardless, as the first demonstration of the new Mars Scout program of low-cost, focused-science Mars missions, Phoenix was judged to be a great success.

William Sheehan has been an amateur astronomer most of his life, and is a leading historian of astronomy, with 20 books to his name, including Planets and Perception, Worlds in the Sky, The Planet Mars, and (with Dale P. Cruikshank) Discovering Pluto, all published by University of Arizona Press. A current member of the International Astronomical Union’s Working Group of Planetary System nomenclature, he has received a Guggenheim Fellowship for astronomy writing and is a recipient of the Gold Medal of the Oriental Astronomical Association. The Main Belt Asteroid 16037 Sheehan was named in his honor.

Jim Bell is a professor in the School of Earth and Space Exploration at Arizona State University and was president of The Planetary Society from 2008 to 2020. He has performed research using Hubble, Mars landers and rovers, Voyager, and orbiters at Mars, the Moon, and several asteroids. He is an author of many popular science books, including Postcards from Mars, The Space Book, The Interstellar Age, The Ultimate Interplanetary Travel Guide, The Earth Book, and Hubble Legacy, and he has received the AAS Carl Sagan Medal for public communication in science. The Main Belt Asteroid 8146 Jimbell was named in his honor.

Excerpted with permission from Discovering Mars: A History of Observation and Exploration of the Red Planet, by William Sheehan and Jim Bell. Published by UA Press. © 2021 by the UA Board of Regents.