A Kick in the Cup

With about 30 minutes left in Father's Day, I settled in to watch the USA-Mexico soccer game in the World Cup, thereby increasing by 12 percent the number of people with non-Hispanic names to be doing so. It had been a great Father's Day. My kids hadn't given me even one thing that had "World's Greatest Dad" written on it, and we had Popeye's Chicken for dinner. (Of course, I had to go get it and pay for it, but on the plus side, I also got to eat some of it.)

Actually, over the past couple weeks, I had seen parts of several World Cup games. My summer schedule is such that I'm up very late at night. My daughter is taking an upper-division math class that I either never took or I forgot that I did, so she and I are sorta learning about orthogonal eigenfunction expansions together, often by the soothing glow of late-night TV.

The "early" game each night began around 11:30 p.m. and was over by 1:30 in the morning. I figured, heck, some congressional candidates aren't even staggering into their houses by that time. I ought to be able to stay up and watch part of a game. And so I did.

Among the highlights leading up to the climactic USA-Mexico match:

· Defending champion France failed to score a goal in three first-round games and was ignominiously bounced from the tournament. That shouldn't be a big surprise since the French haven't been able to defend anything since Napoleon was alive.

France had somehow managed to win the 1998 World Cup, but now it seems obvious that the only reason they did so was because the games were played in Paris. Some claim that the hometown French crowds exhorted their team to victory, but I think what happened was that when all those French fans raised their arms at the same time to do the Wave, the visiting team was overcome by the mass body odor.

The opening game of the 2002 World Cup saw Senegal beat France, 1-0, in what soccer enthusiasts initially called the greatest upset in the 72-year history of the tournament. But then, after watching France roll over and play dead against their next two opponents, including (ahem) Uruguay, the Monster Upset was downgraded to We Should Have Seen It Coming status.

A conspiracy-buff friend of mine suggested that perhaps the French players had thrown the Senegal game to get rich, figuring that they could easily come back and win the next two games and make it into the round of 16. But such complex thinking from a country where they let pigs find their food for them stretches the bounds of credulity.

· Co-favorite Argentina also failed to make it out of the first round. This doesn't bode well for the political stability of the region.

In 1978, Argentina was ruled by an oppressive military junta. Political unrest was everywhere, but then Argentina hosted and won the World Cup (see France) and the entire country rejoiced and temporarily forgot about how lousy things were.

Four years later, the junta, still clinging desperately to power, decided to attack the Falkland Islands. Argentina invaded the Falklands (which they called the Malvinas), hoping to stir patriotic fervor among the masses. But England was having none of it.

The Falklands "War" lasted about 18 days, 16 of which were travel time for the British Fleet to reach the South Atlantic location. The junta was ousted and something like a third cousin, twice removed of a democratic system was put into place.

Amazingly, Argentina won the World Cup again in 1986 when legendary coke fiend Diego Maradona illegally punched a ball into the goal in a shot that is known as the "Hand of God." Gee whiz, these soccer people take this stuff seriously!

Now that Argentina is out, look for their military to take action. Having learned a lesson from the Falklands fiasco, they're aiming lower this time. They're thinking about occupying one of the icebergs that recently calved off the Ross Ice Shelf in Antarctica.

· To start off the second round, Germany played Paraguay in a match-up of the two countries which boast the highest number of former high-ranking Nazi officials still alive today (in no particular order). Paraguay was, for a brief time, the home of ousted Nicaraguan dictator Anastasio Somoza, one of those Latin tinhorns that the U.S. would prop up just because they would claim to be anti-Communist.

After getting kicked out of Nicaragua, Somoza was a guest of Paraguayan dictator Alfredo Stroessner, one of the aforementioned Nazis. One day, Somoza was cruising in his limo when somebody strolled up to the car and shot him at point-blank range WITH A BAZOOKA!

Anyway, Paraguay was hoping to pull off the big upset of the powerful German team, but Germany scored with two minutes left in regulation for the 1-0 victory. It sucked because (with the exception of my mother's native Italy) I always root against the arrogant Europeans, especially when they're playing against somebody from the Americas or Africa.

Before the Big Game, several newspapers predicted that there would be rioting in Mexico if their team lost to the U.S. At the same time, if Mexico managed to beat our team, all over the United States people would go to the movies.

The actual game wasn't bad. It was fairly fast-paced and there were lots of shots on goal. I somehow managed to miss seeing both goals live. During the first one I was getting some soda and then during the second one I think I was recycling the soda.

Soccer's still 14th on my list of favorite sports and that's only because I don't have 15 from which to choose. But if the players in the WNBA keep talking about going on strike next season, soccer is poised to make a quantum leap forward. 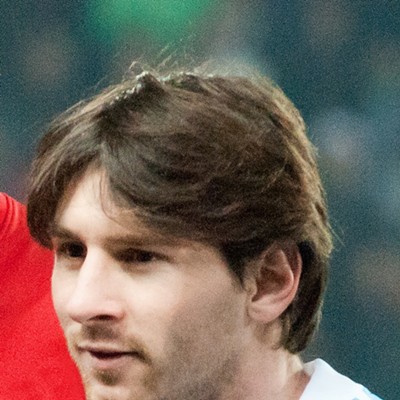