A Flash of Inspiration 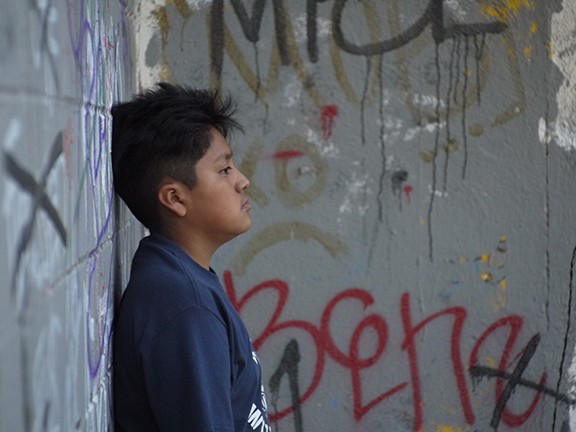 Jasmine Stevens
Explore your camera assignment from Native American youth in an internship that culminates with the Tucson Hip Hop Festival.

To say 14-year-old Jasmine Stevens' photos reflects life of the youth in Sells, capital of the Tohono O'odham Nation, is simplifying it. As she scrolls through her photos, the teen impresses her teacher with her grasp of composition and lighting.

In Jasmine's photos, a young Native American woman is bathed in a fading sunlight. She's surrounded by tall grass, like cattails. Her face is somber, tenacious.

Impressed, Jasmine's photo teacher Julius Schlosburg asks her what ISO and shutter settings she used, and she tells him. Until a month and a half ago, Jasmine had only taken pictures with her phone.

Last year, Schlosburg was the only official photographer at the Tucson Hip Hop Festival. This year, he's photo ambassador with a squad of five photographers, two video teams and six interns: teens from the Sells reservation.

Scholsburg drives to the reservation once a week to teach the photo internship, alongside his co-teacher Chris Anton, that culminates with the teens acting as official photographers at Tucson Hip Hop Festival.

Schlosburg got the idea at last year's festival. There was a panel on the intersection between Native American culture and hip hop, and it got Schlosburg thinking.

The Native American community "is underrepresented in the art scene here, but they've been in this community for hundreds of years," he says, adding that he hopes the internship will be both a step toward better representation a chance for the kids from Sells skills to pursue a hobby or career.

Scholsburg spends two hours a week focusing on the technical aspects of photography: composition, lighting and camera fundamentals. And Anton focuses on community service, documenting his community and inspiring youth. Photography not only gave Anton a career, it saved his life.

Anton, who lives in Sells, is the owner of Natives Delivering Visual Stimulation Photography. He bears tattoos of Native American deities, covering markings of gangs and violence from his past life. He was already teaching photography to some of the kids in the community when Schlosburg approached him with the idea for the internship. 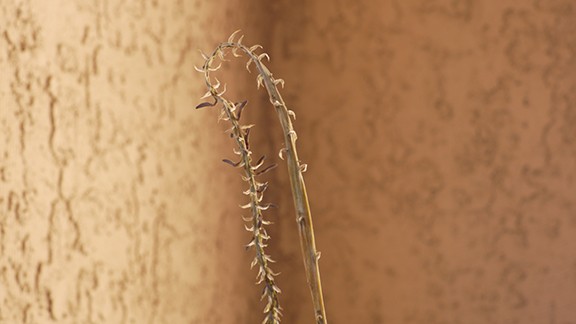 Josue Ramirez
Joy and sadness assignment from Native American youth in an internship that culminates with the Tucson Hip Hop Festival.

Anton says a lot of the kids he works with are really struggling with poverty and high suicide rates. One girl he's teaching photography to is doing a photo project about suicide.

"If suicide is what's calling and what needs to be addressed, then let's address that issue," he says.

When Anton first got his hands on a camera, he had been in and out of prison and knew he had to make a change. He teaches the kids about a lot more than how to use a camera.

"It's letting the kids know they have support to learn something positive," he says.

Anton believes in being fearlessly vulnerable and honest. He teaches this to the kids, and his perspective helps him connect with them. By documenting his community and teaching kids to do the same, they have a marketable skill and a way of breaking stereotypes about native peoples.

Discovering her new-found talent has inspired Jasmine to continue photography after the classes end. But she's also got her sights on teaching and studying law.

One of Schlosburg's connections, local arts and advocacy group SplitSeed Productions, funded six cameras for the kids, which they get to keep after the internship.

Schlosburg is looking for a place to hold an art exhibit of the students' work after the internship is over and says the their art benefits the whole community.

"From the Tucson Hip Hop Fest, we're going to get some really awesome images from a fresh, new perspective," he says.

Scholsburg came to the photography internship with his resources and skills, and Anton came with his life experience. Maybe it will change the lives of the youth they inspire. At the very least, the hip hop festival will surely be a whole new experience.