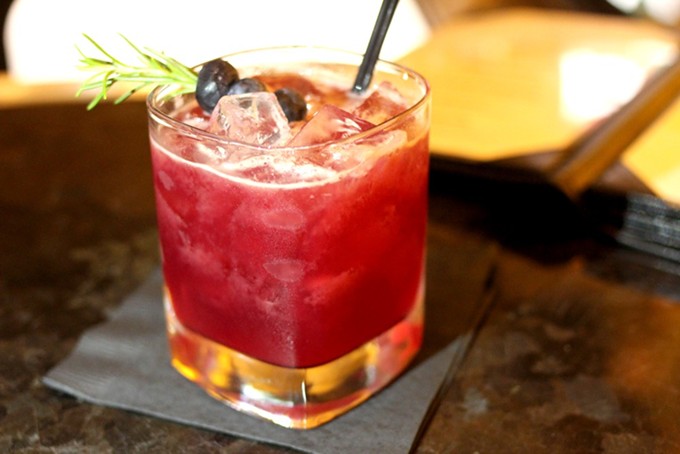 Heather Hoch
Taste cocktails from some of the best bars in the state, including PY Steakhouse, this Sunday during Romo Tonight Live.
Celebrate the finale of Arizona Cocktail Week right here in Tucson for the first year ever when Romo Tonight Live will present AZCW’s Last Call.

Featuring pop-up bars and craft drink samples from some of the state’s top cocktail bars, including Penca, PY Steakhouse, Sidecar and more from Tucson and Counter Intuitive, The Ostrich and Okra from the Phoenix area, the event will showcase the state’s talent behind the stick.

However, since it’s still a Steven Romo joint, you can expect guests like the crew from Hamilton Distillers and AZCW founder Damon Scott, live music from Katterwaul, a comedy set from Paul Casillas and more from the live late night-style variety talk show.

A portion of the proceeds from the event will go to the Tucson chapter of the USBG. The event runs from 6:30 until 11 p.m. on Sunday, Feb. 21 at The Flycatcher (340 E. Sixth St.). You can get tickets (which are $15 in advance and $20 the day of) by visiting the Last Call event page on the Arizona Cocktail Week website.