Another piece of history lost in Tucson 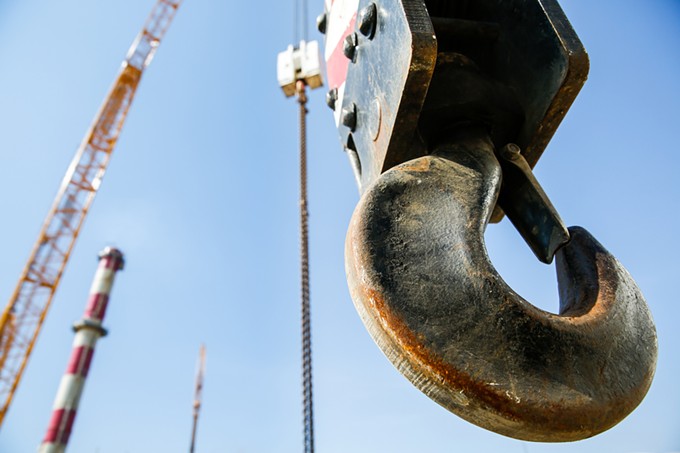 Fifty years ago this month a grand home was needlessly destroyed. It was built by William Corbett and located just north of Alameda and west of Main Avenue at 1 Paseo Redondo. It had stone foundations, thick masonry walls and unique architectural details. Mr. Corbett was a pioneer businessman in hardware and began a famous political dynasty in Tucson.

Just this month the Frederick Kramer home met the same fate. It had the same qualities of construction, unique design, and size, and was located just north of the Arizona Inn in what was later called Potter Place. Mr. Kramer came to Tucson with the hope of curing his tuberculosis and was the visionary founder of the Tucson rodeo. There were fifty years to the month of change in Tucson between these two losses but the reasons for their demolitions are unfortunately timeless.

Tucson's history of development is rampant real estate speculation fueled by a pliant City Council awarding more than generous rezoning decisions. There were a few noteworthy efforts over the decades to design and build landmark commercial and residential developments, but by the late 1950's this vision was mostly abandoned. There was little interest by the new batch of movers and shakers and elected officials to build a beautiful city with parks and preserved landmarks.

From 1950 to 1960 the incorporated town of Tucson grew from a population of approximately 50,000 to 200,000. Tucson was now a town where money was made fast with little regard for the future. This suburban real estate boom had gone bust by the early 1960's and now real estate speculation and rezonings in the guise of economic development would focus on downtown. The City Council approved a 79-acre urban renewal program in February 1965; speculators had already begun buying properties around the renewal project in anticipation of this decision.

Many people today are aware of the massive destruction in Barrio Viejo but not other losses which include the original El Presidio Park and blocks of Congress Street and Broadway that were part of the renewal overlay. Outside the renewal area everything was fair game for demolition, including "Snob Hollow," the area west of Main Avenue and north of Alameda, once the historic floodplain for the Santa Cruz River and later cultivated fields. This beautiful residential development was the dream of former mayor and developer Levi Manning and businessman Leo Goldschmidt. It was originally called the Manning-Goldschmidt addition but by the 1920's the nickname Snob Hollow was coined and continues to this day. Grand homes of imported architectural styles and showplace landscape were built for the ages. The William J. Corbett home was the first to be demolished in May-June 1965.

This was the fate of most of Snob Hollow. If you visit the site of the W. J. Corbett home today there is a typical office building. There is no other house in Tucson like the Corbett home and the same can be said for the Kramer home. Donald Millstone, who owned the Corbett home and five other unique homes in the hollow, said that preservation didn't make economic sense. Once the grand homes were gone, the land was vacant for years and filled with weeds before frame-and-stucco townhouses and La Entrada Apartments were built.

The Kramer residence is meeting the same fate with eleven frame-and-stucco production homes replacing triple brick masonry construction and stone fireplaces. It is fascinating that this type of construction can now be sold for $600,000 to $800,000 as luxury homes. How incredibly sad that people who can afford this price range have no idea what construction quality stood here until recently and what they are settling for in the 21st century. For several decades now the building method of choice is frame stucco, which goes up quickly and cheaply. It can be made to look like a substantial masonry wall but in reality it is more like movie studio sets.

Real estate speculation is part of every town but much of the economic development of the Old Pueblo is cannibalizing our historic buildings and the Sonoran Desert for short-term profits rather than developing for long-term value. The new owners of the Kramer home, Bob Gugino and other investors with Miramonte Homes, stated in the Arizona Daily Star that rehabbing the home "could easily cost two million dollars and it makes no economic sense to do that". The same response as fifty years earlier by Mr. Millstone. If one visits the intersection Main and Franklin, you can form your own opinion about the value of preservation and adaptive re-use.

What the Star didn't originally report and later refused to report is that the Arizona Inn, which had owned the Kramer residence for decades, refused another developer's offer for one million dollars that would have saved the mansion as two residences and then constructed seven masonry homes, celebrating the Craftsman style of the mansion. This proposal saw value in the mansion's solid masonry bones and acknowledged that fewer homes would preserve the decades-old landscape. The home now exists only in photographs and the sticks and stucco will be going up fast with the trees going down. One can only wonder what Tucson will look like in another 50 years.