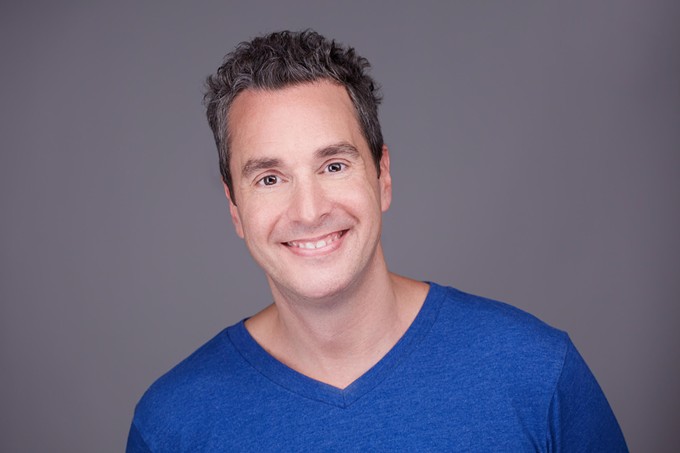 Suzie Agrillo has long believed that laughing makes us feel better. A Google search confirms it; even the Mayo Clinic agrees.

So, after a particularly stressful family reunion around 2010, she took the advice of comedian and fellow attorney Elliott Glicksman and took her wit for a spin for in the open mic at Laff’s Comedy Caffe.

“I think I just had kind of a catharsis of emotions about my family history that came back to me — my mother’s suicide when I was 18, and my childhood, because she was mentally ill,” Agrillo said.

She omits to mention the unsolved mugging death of a sister.

“So, I went to an open mic at Laff’s,” she said. “I wanted to bring something positive from that. I got some laughs, and it encouraged me to do it again. After I’d done it three times, I was hooked!”

Agrillo began workshopping her comedy with others who came to the mic, but she also took a series of classes at a Phoenix club. Sometimes she’d trade a carton of cigarettes for an assist from Tucson comedy scene legend Gary “Hoodie” Hood.

The Laff’s Open Mic was also the regular dose of laughter that kept her spirits afloat in the backwash of her case load. For 10 years, her law practice revolved around involuntary commitments for mentally ill people. A career move then put her in charge of domestic abuse cases. That’s when her comedy vision began to branch out.

“I was doing a lot of domestic violence cases, and I would get to court and the victim never showed up,” Agrillo said. “Never. I can’t even remember a case where the victim showed up. I tried to contact them, their phones would be disconnected, they would’ve moved.

“So I decided (to) raise some money for Emerge (Emerge Center for Domestic Abuse). They help the victims. That’s really where I could do some good.”

She established a nonprofit, Comedy for Charity. Its mission is to, “prevent violence, assist victims of violence, and raise awareness about violence.” Then she bravely booked the distinguished and relatively enormous Fox Tucson Theatre for her first benefit show. The event was so successful, she began hosting it annually.

Emerge grew, its services grew, and they began organizing their own successful events. “We raised some pretty good money for them,” Agrillo said. “So, after a while I decided to donate the money to smaller charities that are (able) to pitch in and help.”

Comedy for Charity has since raised funds for the January 8th Memorial Foundation, Ben’s Bells, and Veterans Rally Point, a suicide prevention program for veterans. After taking a break for COVID-19, a whimsical twist of fate led to a $10,000 windfall that allowed Comedy for Charity to distribute $10,000 to 14 worthy Tucson organizations.

The $10,000 was prize money from a dance contest on NBC’s E! Entertainment Channel. When an NBC executive called to tell her about the gift, Agrillo was so surprised she sought out the show’s stream to see what happened.

“They had a reality TV show with comedians dancing. It was called ‘The Funny Dance Show’. At the end of the first episode they (asked the winners), ‘Who do you give your $10,000 winning streak to?’” Flula Borg announced their choice: ‘Comedy for Charity.’

To this day she doesn’t know how they found out about her cause, but everyone involved is grateful. “That was a big shot in the arm because before that the biggest donation I’d ever gotten was $1,500.”

She saved her beneficiaries’ “thank you” cards and read us her favorite: “Dear everyone at Comedy for Charity. Thanks for the very generous donation. We serve hundreds of hungry folks every day. Keep being funny. Peace and love.” It’s signed by Brian Flagg of Casa Maria Soup Kitchen.

Then Agrillo reminded us what her work stands for. “Our Comedy for Charity,” motto is ‘With laughter, there’s hope’.”

This year’s “Comedy for Charity” event, “Gimme Shelter,” benefits The Reunion House, operated as a homeless shelter for teens by Our Family Services. Performances are at 6 p.m. and 8 p.m. Sunday, Nov. 6, at Unscrewed Theater, 4500 E. Speedway Boulevard. Tickets are $25 to $75 at comedyforcharity.org. Use code “unscrewed” for $10 off any ticket.

Two touring comedians top the bill, Eric O’Shea and Wyatt Feegrado Abranches. O’Shea’s viral YouTube videos have more that 25 million hits. He’s been a contestant on “America’s Got Talent” and was last year’s Campus Legend Award winner for his shows’ popularity on university campuses. His website has a photo of him with Betty White, which makes us like him already. Feegrado, barely out of his teens, has just finished filming his first special for Amazon Prime. Titled “Wyatt Feegrado: De-Assimilate,” it will air this December.

Fans have dubbed him “the monster truck of stand-up.” He’s dubbed himself “The Mexican Megaphone.” We’ve seen him on a dozen TV shows, including “Hawaii Five-O,” “The Neighborhood” and “Modern Family.” He’s done standup on Showtime, ABC, VH-1 and Comedy TV. His new half-hour special, “Hindsight is 2020” is now on YouTube. From his bio. “No audience member is safe from Greg’s anything-goes style.” Live dangerously! Leave the helmet at home.