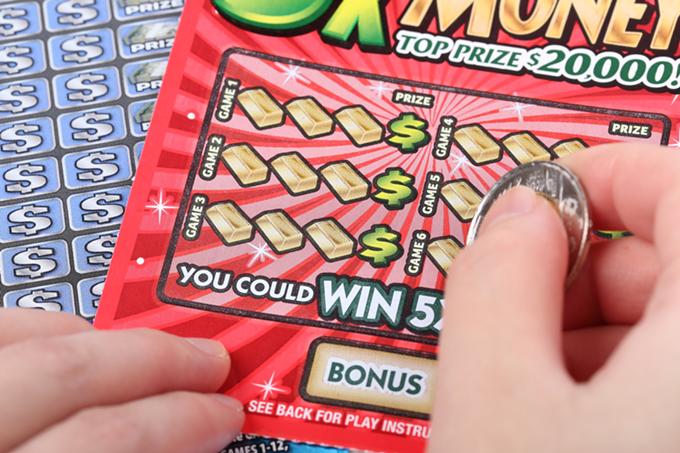 It’s the day of the $1.02 billion Mega Millions lottery, only the third time in 20 years that the jackpot for the multistate game has surpassed the billion-dollar mark. And John Gilliland, public information officer for the Arizona Lottery, is feeling the excitement—even working from home, stuck waiting on the exterminators.

“We love these days,” Gilliland said.

“There’s a communal feeling to buying a lottery ticket during the big jackpot weeks. It’s what everybody’s talking about: ‘What would you do with all that money?’”

Big jackpot days are also the days when the all-American lotto, once again, becomes the biggest game in town.

It’s had some competition in Arizona since legal sports betting launched throughout the state in September 2021. That previous April, Gov. Doug Ducey signed into law the so-called “gambling expansion bill,” House Bill 2772, which legalized wagering on sporting events along with daily fantasy sports contests, keno games and a statewide mobile lottery draw game.

The package took more than five years to negotiate and required the support of the tribal casinos as well as the state’s pro sports teams, who were all granted permission to run betting operations at their venues.

At the time, however, the gambling expansion was seen as a potential financial drain on the Arizona Lottery, which annually channels about $400,000 of its revenue to charitable programs. Would Arizona’s betting men and women still plunk down their hard-earned dollars on lottery tickets with so many new and heavily hyped betting choices popping up on their smartphones?

Turns out, they have been. “I can’t say that it has changed the lottery in terms of the money we’ve seen coming in, because sales have steadily increased despite the appearance of sports betting,” said Gilliland, a considerable sports junkie himself (his Twitter avatar shows him sharing drinks with Michael Jordan at Phoenix Raceway last November). “It’s a different kind of person that gets into sports betting, which is all about small bets placed frequently with some skill and some knowledge that can give you an advantage. Whereas the lottery is entirely random and played for fun by everyone. You know, there’s a much lower skill requirement to playing the lottery than to sports betting.”

Indeed, while Arizona residents wagered close to $3 billion on sports betting during the first six months of the program (generating around $8.5 million in state tax revenue and over $18 million for the sportsbook betting sites), the Arizona Lottery has seen little negative impact on its own sales. For the previous fiscal year that ended June 30, 2021, the Arizona Lottery achieved record sales of approximately $1.4 billion.

During the fiscal year ended in June 2022, in which the lottery weathered the first nine months of legalized sports betting in Arizona coupled with a rising inflation rate that limited consumer spending nationwide, it still took in close to the same amount: $1.368 billion in sales. That broke down to nearly 178 million tickets sold for the two multi-state draw games Arizona participates in — Mega Millions and the Powerball — and another 85.6 million tickets for in-state games, like The Pick and Fantasy 5.

Gilliland’s point about a “different kind of person” playing the lottery also applies to the way lottery tickets are sold. While much of sports betting is done online, through web-based sportsbooks and apps, you still have to walk into a retail store to buy an Arizona Lottery ticket.

“We’ve only recently been authorized legislatively to develop a mobile game, but we’re still sorting out how we want to do that,” Gilliland said. “At the moment, we are still only doing in-person sales at licensed retailers.”

Some wager that old-school brick-and-mortar limitation adds to the lottery’s enduring appeal. You’re more likely to run into your neighbors buying Mega Millions tickets at the local convenience store or bond with your coworkers pitching in on an office lottery pool than you are placing a bet on your FanDuel or DraftKings app.

Recently that communal vibe got another boost from Hollywood in the movie “Jerry and Marge Go Large,” where a couple of retirees discover a loophole in the big multi-state game and begin using their windfalls to improve their own lives along with those in their small town — a script based on a true story.

Of course, there are also scores of true stories concerning people who won big in the lottery only to see their lives fall apart, including one of a Pennsylvania state lotto winner whose own brother hired a hitman to kill him for the $16.2 million payout. “Everybody dreams of winning money, but nobody realizes the nightmares that come out of the woodwork, or the problems,” said William “Bud” Post just five years after his big win. “I wish I’d torn that ticket up.”

Still, despite of all the cautionary tales and the competition from other gaming platforms, Arizonans continue playing the lottery, and dreaming of those mega-million bonanzas.

“We’re just grateful to everybody that steps up and buys a ticket, because they’re helping us to do a lot of good in the state – whether or not they win that big jackpot,” said Gilliland. Of course, it’s even better when they do. “Whenever someone in Arizona claims a really big prize, that’s money that’s being brought into their community, those are taxes that are being paid to the state and the federal government. That’s money that’s coming into local businesses and charities in their communities. All kinds of good things come from a big win in the Arizona Lottery.”