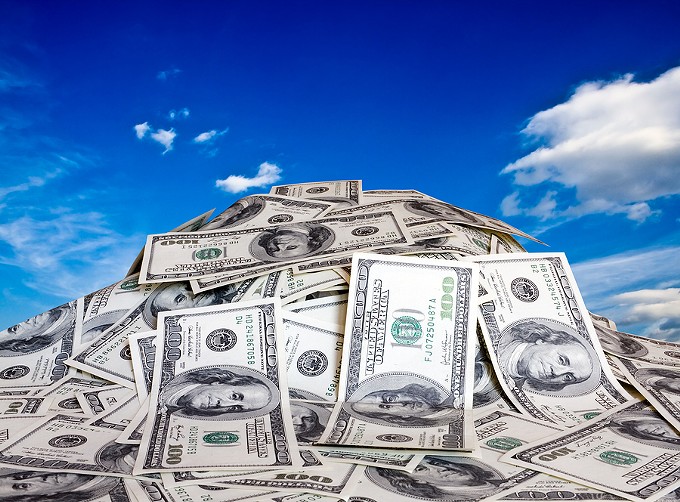 In March, medical marijuana dipped to below $50 million for the first time since recreational sales began in January 2021, registering just $49.4 million.

Medical sales peaked at nearly $73 million in March 2021, then fluctuated from the mid-$60 millions for the next six months. Since October, medical marijuana sales have dropped by at least $1.5 million every month.

Recreational sales have rebounded after a small lull in January 2022, going up at least $2 million per month in February and March, which totaled $72.3 million alone.

Total sales for both programs in March were $121.8 million.

The revised total for all cannabis sales in February was $123.8 million.

Recreational sales have been rising consistently since March 2021, when sales hovered around $60 million.

Tax collections in March rose to $21.3 million, with $4.1 million from medical sales, $5.6 million in sales taxes for all cannabis sales and $11.9 from the 16% excise tax on recreational sales.

Tax collections for cannabis sales in Arizona have steadily increased throughout the first year of legal recreational sales, and legislative budget analysts released a report in March showing that cannabis taxes have surpassed alcohol and tobacco taxes for the first time.

“The legalization of cannabis in Arizona has been a boon for our economy and the state tax coffers,” Arizona Dispensary Association Executive Director Sam Richard said. “The financial benefits are important but the social impact cannot be understated, as citizens no longer have to live in fear of having their lives disrupted by low-level marijuana arrests and convictions.”

According to the Joint Legislative Budget Committee, marijuana taxes in March totaled more than the state’s tobacco and liquor taxes combined: Tobacco taxes yielded $1.7 million and the liquor tax added $3.7 million to the state’s general fund. But marijuana sales taxes were $6.3 million, with $4.7 million going to the general fund, $1 million distributed to counties and $631,124 to cities.

The JLBC report does not include education, city and county taxes—local jurisdictions charge an additional 2% or so for all marijuana sales—nor the excise tax on recreational sales, as the excise tax is distributed to specific programs outlined in Proposition 207.

Prop. 207, approved by voters in 2020, legalized adult use of cannabis and specified public use for the excise tax.

One-third is dedicated to community and provisional community college districts; 31% to public safety (police, fire departments, fire districts, first responders); 25% to the Arizona Highway User Revenue Fund, and 10% to the justice reinvestment fund, dedicated to providing public health services, counseling, job training and other social services for communities that have been adversely affected and disproportionately impacted by marijuana arrests and criminalization.