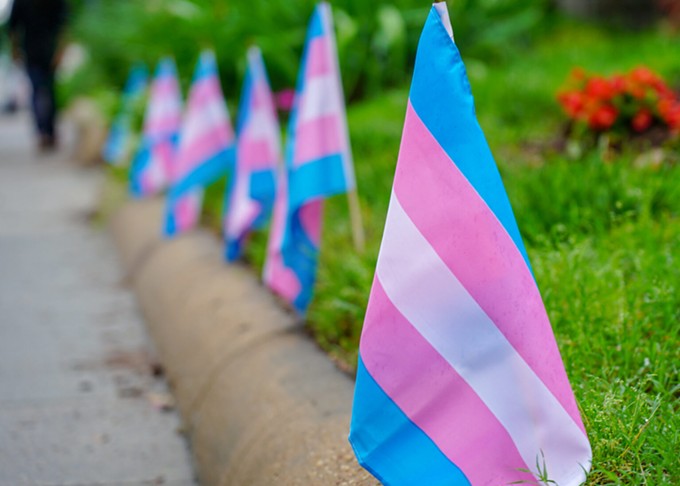 In a move against transgender youth in Arizona, Gov. Doug Ducey signed new laws barring them from participating in girls’ and womens’ sports, and from obtaining gender reassignment surgery.

Senate Bill 1138 prohibits doctors from providing genital reassignment surgery to minors, including mastectomies or mammoplasties to feminize and masculinize a patient’s chest to be more in line with their gender identity. Senate Bill 1165 requires all interscholastic sports to narrowly define gender, effectively denying trans student-athletes the ability to play on the teams most consistent with their gender identity from elementary all the way to university.


In a signing letter, Ducey explained the bills ensure a level playing field for biological women and protect trans minors from irreversible procedures that could affect their future ability to have children.

“This legislation is common-sense and narrowly-targeted to address these two specific issues — while ensuring that transgender individuals continue to recieve the same dignity, respect and kindness as every individual in our society,” he wrote.

Trans advocates have noted that enacting anti-trans legislation negatively affects the mental well-being of trans children, and may contribute to increased suicide risk. A recent poll from The Trevor Project, a suicide prevention organization for LGBTQ youth, found that as much as 85% of surveyed transgender and nonbinary youth felt debates around anti-trans bills negatively impacted their mental health.


Ducey responded to a question from the Arizona Mirror about this effect by saying that the bill’s intent was to protect girls’ sports.

“(SB1165) was positioned and framed to protect girls’ sports, female sports, and Title IX. And of course, on the subject of mental health with our children, this is something we all have great concern for and great empathy for…I think that Arizona has handled this in the most responsible way possible to keep a level playing field out there for young female athletes and to address the other issues,” he said.

Sponsors of SB1138 have touted it as a reiteration of international standards of care for transgender kids. But opponents say those standards are due to change this year, and codifying old standards can present doctors with a contradiction between following the law and providing best medical care practices for their patients.

Proponents of enacting barriers to girls’ sports argue that trans youth have an unfair biological advantage. But the Arizona Interscholastics Sports Medicine Advisory Committee says that’s not a problem that needs solving in the state. Out of the roughly 170,000 students the committee oversees in high schools across the state, it has fielded only 16 appeals from transgender youth since 2017. When reporters pointed this out to Ducey during a brief media availability Wednesday, he deflected, reiterating the bill’s intent.

“We’re going to protect girls’ sports. It’s an issue of fairness,” he said.

Critics say the law pushes Arizona backwards. Just two years ago, a 1991 law banning schools from promoting a “homosexual lifestyle” was repealed, and Kathy Hoffman, Superintendent of Public Instruction in Arizona, tweeted that the new legislation will be equally difficult to deal with later.

“We repealed ‘no-promo homo’ three years ago, a bigoted law that took decades to overturn. Today, (Ducey) sided with extremism, injected politics into our schools, and signed similarly hateful bills,” she wrote.

Last week, similar legislation in Indiana and Utah was vetoed by governors in those states.

The Human Rights Campaign condemned Ducey’s action in comparison to this, saying the move only contributes to nationwide attacks on trans kids. This year saw a record number of anti-trans legislative proposals, with as many as 280 — a spike from last year’s 147 bills.


The article was originally published in the Arizona Mirror, a nonprofit news organization.
© 2022 Tucson Weekly