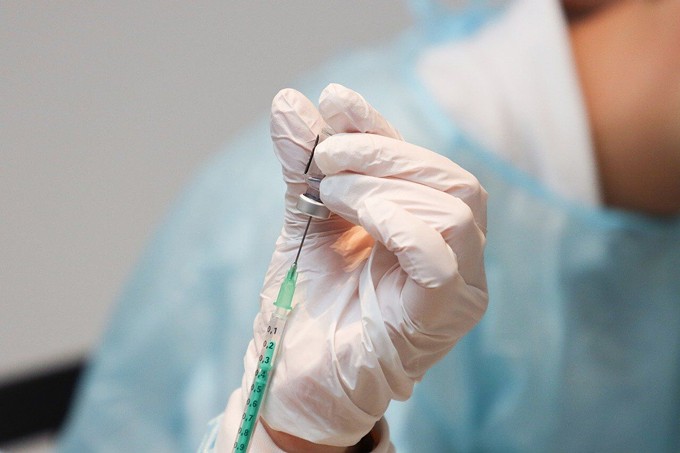 A Republican bill that would bar the state from making the COVID-19 vaccine a requirement for school enrollment passed out of committee Tuesday.

“Some may ask, why is this necessary now? It’s not being mandated,” Rep. Joanne Osborne, R-Goodyear, said of her bill, House Bill 2086. “I want to make sure it stays that way.”
The bill would add “an immunization for COVID-19 or any variant of COVID-19” to the list of vaccines that cannot be required for school attendance.

Currently, Arizona law prohibits schools from requiring students to be immunized against HPV.

Last year, the legislature passed legislation that banned mask and vaccine mandates by schools, but the Arizona Supreme Court struck down the provisions that were unconstitutionally put into the state budget.

Osborne, who said she is not an “anti-vaxxer,” said that she decided to bring the bill because she had heard stories on the radio about young athletes being forced to get the vaccine in order to play in high school sports.


Two lawmakers on the committee who spoke in favor of the measure spread COVID-19 misinformation during Tuesday’s hearing on the bill.

“They have really done one of the most massive tests in human history,” Rep. John Fillmore, R-Apache Junction, said, adding that the vaccines have been “untested” and “untried.”

Both the Pfizer and Moderna vaccines underwent rigorous testing including in clinical trials and the Pfizer vaccine has also received full FDA approval. The vaccines have also been found to be safe and effective.

Rep. Lupe Diaz, R-Benson, claimed there has been no “solid clear evidence” that COVID-19 is impacting children, and he compared mandatory vaccines to the social credit system implemented by the Chinese Communist Party.

COVID-19 hospitalizations rose among children, especially among those unvaccinated, as the omicron variant spread throughout the United States in late 2021 and early 2022, according to a recent study released by the Centers for Disease Control and Prevention. At their peak, hospitalizations of children grew by 400%, with children younger than 5 seeing the largest increase.

Children who come down with COVID-19 are at heightened risk of developing multisystem inflammatory syndrome, in which their heart, lungs, kidneys, brain, skin, eyes and gastrointestinal tract can become severely inflamed. The Pfizer vaccine has been found to have “100% efficacy” in reducing these symptoms and even preventing them.

Additionally, doctors and researchers have pointed out that more children have died of COVID-19 in the United States — the death toll is over 1,000 — than the number of children who died annually from chicken pox, which eventually spurred the creation of a vaccine.

Arizona has some of the most accessible vaccination exemptions in the country, leading to it being labeled an “anti-vaccination hotspot.”

“Arizona has some of the strongest parental choice laws in the country,” Rep. Daniel Hernandez, D-Tucson, said while explaining his no vote. “We already in statute have broad exemptions.”

The bill passed along party lines and will next head to the full House for a vote.