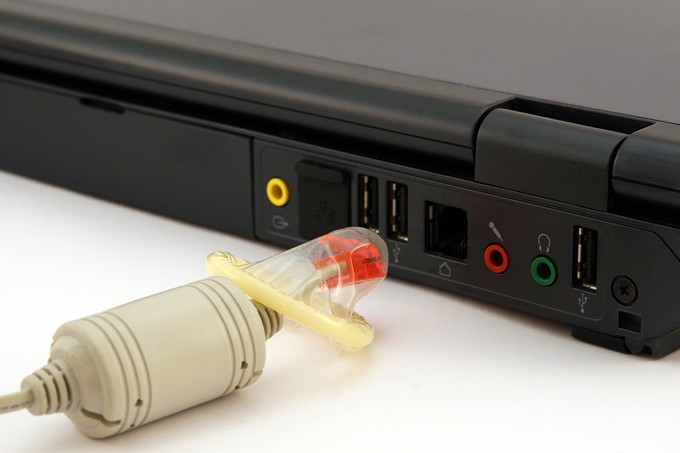 A Republican lawmaker wants to bar the sale of any computer, smartphone or tablet in Arizona if it doesn’t include a filter that would block children from accessing “harmful content,” and would hold them criminally liable if they fail to do so.

The legislation from Rep. Michelle Udall, R-Mesa, also would allow parents to sue anyone who helps their child bypass the internet filter.

The measure appears to be the brainchild of an anti-LGBT and anti-porn activist known for his wild stunts.

House Bill 2115 shares almost identical language to the “Save Our Children Act” created by Chris Sevier, a man who has drafted model anti-pornography legislation around the country, including in Arizona.

Most notably in 2019, Rep. Gail Griffin, R-Hereford, put forward a bill by Sevier that would have charged Arizona residents $20 to access pornographic material and used the money to fund construction of a border wall along the state’s southern border with Mexico. Griffin later said she would no longer pursue the bill after it drew national attention.

Udall’s bill is similar in how it seeks to limit computer access to “material that is harmful to minors” on any device that can access mobile networks, wired networks or the internet, according to the bill.

The bill also gives parents the right to sue the manufacturer if their child accesses “harmful material,” and anyone who removes a filter would face a class 6 felony and a $50,000 fine. Companies that don’t comply also can face criminal liability under the bill’s language.

Sevier gained notoriety for a piece of legislation he drafted that used the name of kidnapping victim Elizabeth Smart. Smart’s lawyers eventually sent Sevier a cease and desist after the bill had been filed in 18 states.

The ACLU called that bill a violation of the First Amendment. Udall’s new bill also infringes on free speech rights, said Mike Stabile of the Free Speech Coalition, an organization that represents the adult entertainment industry and has fought First Amendment cases.

“The bill is unconstitutional, as it asks that the government limit access to otherwise legal speech,” Stabile said. “The government is welcome to fund a campaign to encourage parents or guardians to use filters, and private companies are welcome to install filters of their own volition. But the government can not require them to do so.”

Most phones and tablets already come with parental controls installed, and there are many third-party applications parents can use to add more robust controls.

The Arizona Mirror asked Udall if she was aware of the existing controls and third-party applications, but she did not respond to these questions.

Udall said she had never heard of Sevier and did not know that large portions of her bill were identical to his model legislation.

“This bill was brought to me by concerned parents/grandparents in my district who are trying to keep pornography out of the hands of children,” Udall said in an email to the Mirror. “It is something I have been working with them on for a few years now. Children are accessing pornography at younger and younger ages and it is something many parents and grandparents are working hard to prevent.”

Sevier, when reached by email, said he didn’t know anything about Udall or her HB 2115.

“She does not know me. I don’t know her. I’ve never approached her. We have not shared information with Arizona lawmakers,” Sevier said. “I work in the music business and am working on new releases overseas. I know nothing of this situation.”

However, an investigation by the Mirror found some inconsistencies with some of Sevier’s claims.

Sevier, who says he lives in Paris now, was at the Missouri Capitol last year after he had been deemed a “security risk” two years earlier. And in February 2021, he was escorted from the Oklahoma State Capitol after he got into an altercation with a lawmaker.

In an email exchange with the Mirror, Sevier claimed to not work for the “Special Forces of Liberty,” a group he has listed in his lawsuits and that lists him as a “national contact” on its website. The group’s website also includes numerous pieces of draft legislation, including one that is substantially similar to Udall’s bill.

And the website’s “how to lobby” videos are on on a YouTube channel that also promoted Sevier’s music, including a song that appears to be dedicated to the Jan. 6 pro-Trump insurrectionists.

Sevier claimed a “Columbia law school” professor wrote the SOCA bill and said the Mirror should contact him, but refused to identify the professor.

“I have no concerns and have nothing to do with the things you are interested in covering,” Sevier said. “I am the author of certain musical works of art that’s all.”

Sevier has a long and complicated history that also includes, most famously, an attempt to marry his laptop to protest gay marriage. He also was arrested for stalking country star John Rich and a 17-year-old girl, and is known for embellishing the truth.

“It’s worth noting that the bill limits access to this type of content for everyone, not just minors,” Stabile said of Udall’s bill. “Anyone who turns on a phone or tablet in Arizona would see a filter automatically activated, regardless of whether they live and purchased the device here, or are just visiting the state. And individuals who turn off the filter on their own devices would be legally liable if a minor somehow accessed content on their device.”