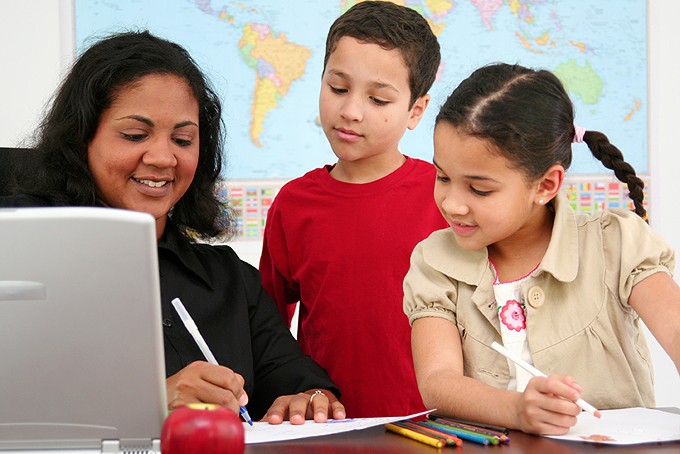 Senate Bill 1452, proposed by Sen. Paul Boyer, R-Glendale, would allow all children attending schools with a high percentage of low-income families or who qualify for free or reduced-price lunches to be eligible for the state’s empowerment scholarship account program. The proposed legislation was approved in a party-line vote 16-14 by on Monday, with Republicans voting in favor.

The current program, which serves 9,700 students, allows eligible parents to use state funding to pay for religious or other private education and education costs. Boyer’s bill would expand the program to serve a much larger group. More than 600,000 students receive free or reduced-price lunches in Arizona, the Governor’s Office has said.

Among those opposing the legislation were school board members, parents, superintendents, and other community members. Rather than routing money out of public schools, they argue the money should be used to help classrooms and neighborhoods where students live.

“A serious conversation about helping students begins from the premise that children be provided the tools they need in their own neighborhoods, easily accessible, without additional charges, or mandates to sign away one’s rights to antidiscrimination policies,” said Ann O’Brien, president of the Arizona School Boards Association’s executive board of directors. That, she continued, “is exactly what is required when a parent takes an ESA,” referring to empowerment scholarship accounts.

Berdetta Hodge, a Save Our Schools Arizona board member, said vouchers have an origin in segregation as they were invented after the landmark 1954 U.S. Supreme Court case Brown v. Board of Education, which determined “separate is not equal” in schooling and mandated integration of public schools.

School vouchers allowed segregationists to “defy that decision by allowing white families in the South to flee from newly integrated public schools and take their children to segregated private schools, taking most of the public funding with them,” Hodge said.

“ESAs are merely a Band-Aid,” O’Brien said. “What we really need, and quite frankly what our students deserve, is a comprehensive solution to ensure that every student has an opportunity to achieve, thrive, and be successful in their own public school in their own neighborhood.”

Just two years ago, Arizona voters rejected similar legislation that would have allowed all 1.1 million public school students in the state to apply for ESAs.

SB 1452 now goes to the House for consideration.