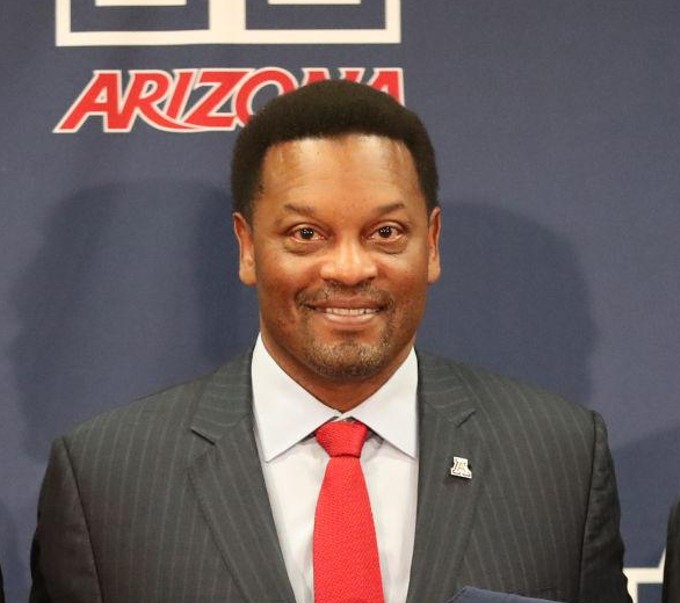 Arizona Athletics
UA Football Coach Kevin Sumlin was fired this weekend after the Cats suffered their worst loss since Harry Truman was president.


For three quarters, Arizona had marched up and down the field (they would gain more than 500 yards in the game), but early in the fourth quarter, Sumlin decided to take his foot off the game and try to milk the clock. You can’t say that that never works, but it damn sure doesn’t always work.

Not everyone was convinced of the wrongness of Kevin Sumlin, but more jumped on board when the Cats lost the 2019 season opener to so-so Hawaii. Arizona then reeled off four straight wins heading into October of 2019…AND HAVEN’T WON A GAME SINCE!

The prevailing wisdom was that the havoc wrought by the novel coronavirus would serve to protect coaches from getting fired in 2020. But nothing could protect Sumlin after the Cats suffered their worst loss since Harry Truman was president. On national TV. To ASU. At home.

If there were any Sumlin holdovers heading into the ASU game, they were gone by game’s end. Let’s just say that it wasn’t a Sumlin-chanted evening. After the 70-7 beatdown, dozens of former Wildcat players took to social media to express their outrage and disgust. UA Athletic Director Dave Heeke made the call the next day, surprising absolutely no one.

Looking back, Sumlin just never seemed right. He was too detached, too aloof, too unwilling to put himself out in the community. Plus, there’s the small matter of his teams going 9-20.

It now falls to Heeke to make things right. If Greg Byrne’s hiring of women’s basketball coach Adia Barnes was a home run, Heeke’s hiring of Sumlin was a fumble, a missed lay-up and a strikeout, all rolled in one. Usually, when a football coach gets the boot before the end of the season, it’s in October or November. This year, we’re about 10 days away from Christmas.

Heeke is under enormous pressure, but even with the current trajectory of the program and a severely disheartened fan base, the right coach is out there. Under four different coaches (Larry Smith, Dick Tomey, Mike Stoops and Rich Rodriguez), Arizona has shown flashes of brilliance, climbing into the Top 10 in the country while challenging for conference championships and a berth in the Rose Bowl.

It’s improbable, but not impossible. One thing’s for certain: it can’t be worse than the past three years.