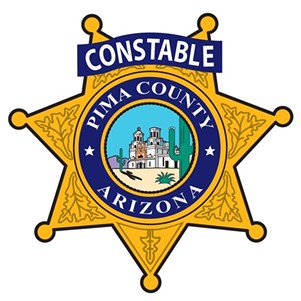 A handful of Pima County constable positions are up for grabs this year, and the primary election’s early results are revealing who will be the elected officials delivering court papers and handling evictions throughout Pima County.


As of 10 p.m. on election night, incumbent Constable Bennett Bernal of Precinct 6 is ahead of his Democratic opponent Roberto Ponti with 57 percent of the vote.

Constable Joe Ferguson of Precinct 9 has lost to his opponent, George Camacho, who has won 65 percent of the vote.


Ferguson, a Democrat, was appointed to the position by a 3-2 vote from the Board of Supervisors after Colette Philip retired in February. Camacho was the other option at that time, and decided to run for constable after the supervisors denied him the position.


Camacho was a long-time employee of the Constable’s Office until he was fired in April based on a harassment complaint that accused him of threatening and degrading behavior towards women in the office.