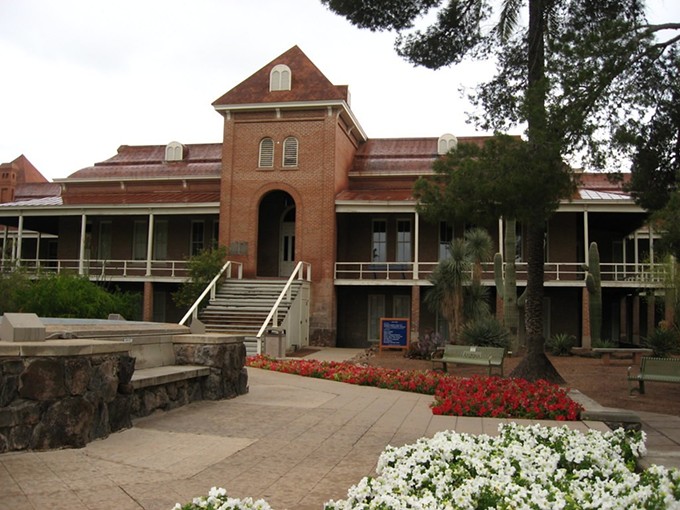 UPDATE: The Trump Administration has since rescinded the order.

On Monday, July 13, a coalition of 20 universities from multiple states – including the University of Arizona – filed a lawsuit challenging a recent order from the federal government that requires international students to attend in-person classes during the current pandemic, or face deportation.

The Immigrations and Customs Enforcement order, which was issued on July 6, states that the U.S. Department of State will not issue visas to "students enrolled in schools and/or programs that are fully online for the fall semester nor will U.S. Customs and Border Protection permit these students to enter the United States. Active students currently in the United States enrolled in such programs must depart the country or take other measures, such as transferring to a school with in-person instruction to remain in lawful status. If not, they may face immigration consequences including, but not limited to, the initiation of removal proceedings."
The lawsuit, issued in a federal court in Eugene, Oregon, states that that ICE's order was made without warning and without any input from the schools or students directly affected by it and that the federal government's rationale for the order was to coerce schools to reopen.

"The contributions of our international students are crucial to the learning and research conducted every day here, and we are fighting to ensure their continuation," said UA President Robert Robbins in a prepared statement. "Many of our 3,700 international graduate and undergraduate students stayed in this country during the pandemic to make sure their education was not interrupted by visa issues... this guidance unnecessarily puts our international students at risk."
Other universities on the lawsuit include the University of Southern California, University of Oregon, Arizona State University, Northern Arizona University, and Stanford University.

"This about-face shook the entire academic community," the lawsuit states. "Schools that had spent months carefully planning for their Fall semester are suddenly faced with a need to completely redesign their academic programming for the Fall, or risk having their F-1 students expelled from the country for failing to attend in-person courses... In addition to revoking the exemption for remote learning, ICE demanded that schools intending to offer purely online instruction submit an operational change plan by July 15—just nine days later—with other schools having until just August 1 to submit their plans. And all schools with F-1 students are required to submit new I-20 Forms for each of the thousands of F-1 students that have enrolled for the Fall semester."

The lawsuit argues ICE's order is arbitrary and capricious, as acting Deputy Secretary of Homeland Security Ken Cuccinelli said in an interview with The Hill that the order’s purpose was to “encourage schools to reopen.”

“Plaintiffs are a diverse coalition of post-secondary education institutions in the western states that refuse to tolerate ICE’s unwarranted and unlawful action that threatens to disrupt the education of hundreds of thousands of hardworking students and their academic environments and missions,” the lawsuit continues. “Thousands of students are now subjected to these threats and living in fear of what might befall them. And the new rule does not give schools enough time to find ways to protect their international students from having their lives radically transformed by this new agency action.”
© 2023 Tucson Weekly