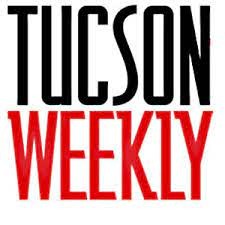 After consulting with writer Casey Dewey and former Tucson Weekly editor Dan Gibson, I removed a 2013 interview with tattoo artist Isaiah Toothtaker from our website.

Eight years ago I wrote a cover story about Isaiah Toothtaker for the Tucson Weekly. The original idea was to write a shorter piece on his musical output, but it turned into something bigger. It became a sit-down “one-on-one” interview, something akin to a “sit-down with one Tucson’s most notorious residents.”

Looking back on it, it was pure exploitation and it stank of tabloid journalism. I haven’t thought about that article in some time, but numerous, horrific allegations about Toothtaker’s behavior have surfaced throughout this past week and that article has been gnawing away at me. If I had scratched under the surface I would’ve walked away from it, or turned it over to someone who was more capable of an investigative piece. I sincerely apologize to anybody who’s been hurt, abused or otherwise victimized by him. If you felt in any way I was legitimizing his behavior, I am truly sorry. I’m not speaking on behalf of the Tucson Weekly, but I will take full responsibility for this ill-conceived article.