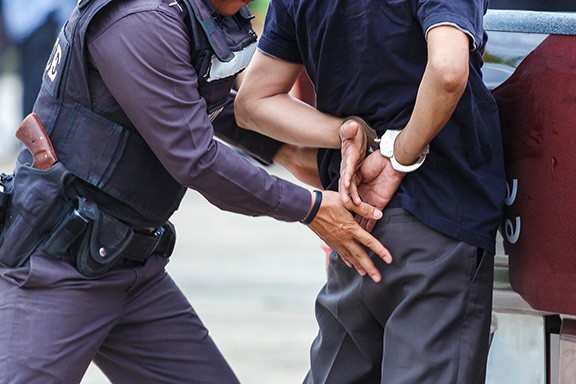 PHOENIX – Arizona lawmakers split on party lines Thursday as the House passed a Democrat-backed police reform bill on the one-month anniversary of George Floyd’s death at the hands of Minneapolis police.

The 236-181 vote included support from every House Democrat and just three Republicans – none from Arizona – who broke with their party and voted for the measure.

The vote capped a day of debate during which Democrats repeatedly invoked the memory of victims of police brutality, like Floyd and others, while Republicans charged that the 140-page bill undercuts the ability of police to protect the community.

“Congress heard the cries of the protesters and those who took to the streets demanding reform,” Rep. Grijalva, D-Tucson, said in a statement after the vote. “This legislation reaffirms that Black and Brown lives matter and is a step forward toward ensuring that sentiment is reflected in our local police departments.”

Rep. Debbie Lesko, R-Peoria, said officers sometimes find themselves “in a situation where that (a chokehold) is the only option. If you take away that option, then all they have left is to shoot the person, and that is a bad option.”

While the Democratic bill calls for an immediate ban on the use of chokeholds, Republicans countered with a bill that would direct the attorney general to create policies that limit chokeholds “except when deadly force is authorized.”

Republicans also criticized the Democrats’ plan to do away with qualified immunity, which protects officers from civil lawsuits over actions they take in the course of their jobs. Democrats argued that qualified immunity has allowed far too many crimes to slip by without legal review.

But Rep. Andy Biggs, R-Gilbert, said during floor debate Thursday that eliminating qualified immunity will make it “harder to recruit, train and retain police officers,” which will lead to less policing and more crime.

Republicans complained that they were not consulted on the bill, which was introduced just two weeks after Floyd’s death.

“We were shut out by our colleagues on the other side,” Rep. Paul Gosar, R-Prescott, said at a House Freedom Caucus news conference earlier Thursday. “It’s a sad, sad day when we don’t uphold the rule of law and we embrace anarchy.”

With 230 co-sponsors – all Democrats and no Republicans – the bill was assured of House passage. But its fate is less certain in the GOP-controlled Senate.

Republican senators, led by Sen. Tim Scott of South Carolina, are pushing a bill that reflects many of the concerns of House Republicans. It calls for less-stringent restrictions on chokeholds, preserving qualified immunity, making lynching a federal crime and providing funding for body cameras, among other measures.

But Senate Democrats blocked Scott’s bill when it came up for a procedural vote Wednesday.

In the House Thursday evening, Democrats broke into applause when the final vote was announced. But Rep. Tom O’Halleran, D-Sedona, cautioned that the vote was just a first step.

“As a former law enforcement officer, I know how important it is that those who have sworn to protect and serve are held to the absolute highest standards,” O’Halleran said in a statement.

“Our vote today is not a cure-all; it is a critical first step to addressing systemic racism and rebuilding broken trust between police and our communities,” his statement said. “We must work in a bipartisan way to keep these important changes coming.”
© 2023 Tucson Weekly