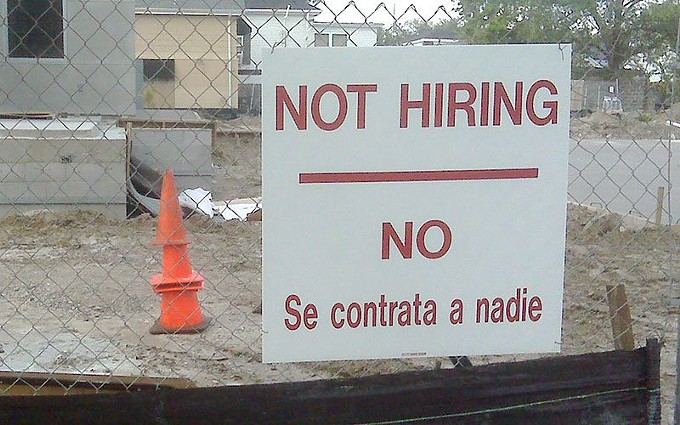 WASHINGTON – Arizona posted one of the sharpest unemployment drops in the country in May, falling from a historic high of 13.4% in April to 8.9% last month, according to the latest numbers from the Bureau of Labor Statistics.

But that drop still left May’s unemployment rate for the state at the highest point in almost nine years and was twice the jobless rate that Arizona posted at the beginning of year, before the COVID-19 pandemic hammered the economy.

The biggest job gains came in hotel and food services jobs, according to data from the Economic and Business Research Center at the University of Arizona’s Eller College of Management. It said jobs in those categories rose from 178,500 in April to 216,900 in May.

“Huge difference because of usual suspects reopening, which include bars, restaurants, retail, and more,” said Elliott Pollack, economist and CEO of Elliott D. Pollack and Co., an economic and real estate consulting firm in Scottsdale.

University of Arizona economist George Hammond said the numbers reflect a bounce back from the stay-at-home order that was lifted in Arizona in May. But while the numbers are encouraging, he said the state’s economy still has a long way to go before it gets back to pre-coronavirus vitality.

“As we look forward, it will be a process of gradual improvement,” Hammond said.

The Arizona numbers, released Friday, mirrored national jobless statistics that were released early this month. The BLS reported that the national unemployment rate fell from 14.7% in April to 13.3% in May, bucking economists’ fears of an increase and leading President Donald Trump to tout the gain of almost 3 million jobs.

Arizona did particularly well in the May numbers report. Just four states – Mississippi, Kentucky, Indiana and Nevada – experienced sharper declines, and Nevada was coming off a bruising 30.1% rate to 25.3%. Arizona also posted the fifth-lowest jobless rate among states for the month, according to the BLS data.

Lee McPheters, an economics professor at Arizona State University’s W.P. Carey School of Business, said the shifts in employment tracked the restrictions imposed by state leaders across the country in response to COVID-19.

“At the national and state level, consumer spending drives the economy, accounting for approximately 65 – 70 percent of all spending,” McPheters said in an email. “Due to layoffs and increasing risk from the COVID virus, retail spending in Arizona fell by about one third between March 15 and April 15. Restaurants took the greatest hit, with revenues down about 60 percent by mid-April.”

When those businesses started coming back, it was quickly reflected in the unemployment rate, said Amy Glaser, senior vice president at Adecco, a human resources and temporary staffing firm.

“Being one of the earlier states to return to work, Arizona has experienced a drastic improvement in unemployment from April to May coupled with upticks in industries including retail, automotive, and hospitality, as people start returning to work,” Glaser said in an email Wednesday.

“Though May’s unemployment rate (8.9%) for the state is still almost double that of last year’s (4.8%), its quick rebound signals a strong optimism for a return to pre-COVID levels in the coming months,” she said.

But while the outlook is optimistic, the gains are not being enjoyed evenly, said Elise Gould, senior economist for the Economic Policy Institute, who said white workers are benefiting disproportionately.

“An increase in jobs is a positive sign but a concern that isn’t broadly shared is the Black unemployment rate showed no improvement nationally, it actually increased,” Gould said.
© 2023 Tucson Weekly