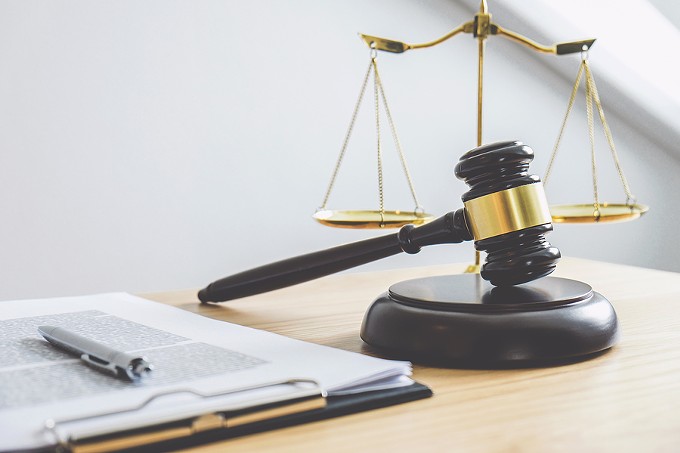 While the COVID-19 pandemic continues to cause closures of schools, businesses and other gathering events, hourly, tipped and low-income workers are increasingly in danger of losing their jobs, leaving them unable to pay bills for necessities like housing and utilities.


Recognizing this impending crisis, local community members have called on local and state governments to do whatever they can to prevent people from being evicted and losing their homes during the coronavirus outbreak.


In 2017, the last year that statistics were available, more than 13,000 evictions were filed in Pima County, the vast majority of them caused by non-payment of timely rent. Given how many Americans live paycheck-to-paycheck, losing just two week's pay thanks to coronoavirus would be enough to throw them onto the streets.

Tucson City Councilmember Paul Cunningham of Ward 2 recently called on his colleagues to send a letter to the Pima County Justice Court urging them to suspend all eviction hearings while the virus pandemic is ongoing.


“All the people who work paycheck-to-paycheck are probably the most vulnerable if things go south in this situation and we end up having to do a larger closure of the businesses and such,” Cunningham said. “If you’re looking ahead and watching what is happening in Europe and in other cities around the county, it may come to that.”


Cunningham said the rest of the city council agrees that this is the right call.


“I absolutely think the people who work in bars in restaurants who are living paycheck to paycheck will feel the brunt of this,” he continued. “We want to keep people in their homes, if we have to self-quarantine, we can't have people being kicked out on the streets.”


Pima County Constable Joe Ferguson of Precinct 9, an area of Tucson that already sees frequent evictions under normal conditions, is especially concerned about this pandemic.

On Facebook, he wrote that he is actively working with state legislators to pass eviction prevention measures across Arizona during this difficult time.


“The Arizona Supreme Court has ruled that given the #COVID2019 health emergency, that it is up to local courts to decide whether to close up or at the very least, restrict hours,” Ferguson wrote. “Evictions should not continue unabated given the current economic and health issues, I hope that court officials are giving this serious thought this morning. At the moment, I am in a legal grey area to—for example—[evict] someone who says they are self quarantined. They could literally have the medical paperwork that says they have #COVID2019 and I am not sure I have the authority to delay the eviction for two weeks.”


The effects of the coronavirus outbreak and local, state and federal officials’ responses to it are rapidly developing. Check tucsonweekly.com periodically for the latest.