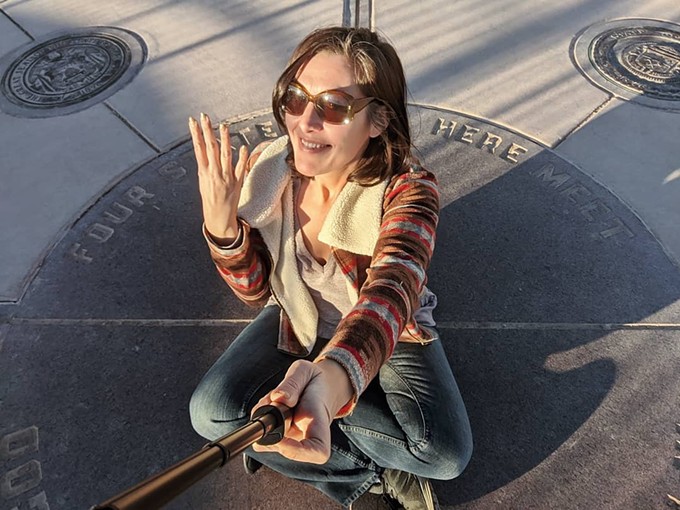 To say that Stavros Halkioas’ Instagram account is “body-positive” is like saying The National Enquirer is biographical. But Insty handle Stavvybaby2, has lots better production values and even some stylish flair. We have to laugh at how shamelessly Halkioas flaunts his body and his character while remaining within PG limits.

Stavros has been featured on Adult Swim, XM Satellite radio, IFC, and the MSG Network, where he wrote and performed on the Emmy nominated, People Talking Sports and Other Stuff. He’s been featured in Tig Notaro’s Bentzen Ball and the New York Comedy Festival, and toured nationally with Wham City Comedy, Tom Papa, and Robert Kelly.

Israeli-born Reena Calm has found her forever home in the sweet comedy and theater scene of Chicago. She’s often onstage at the Laugh Factory, and a large number of that town’s many bars. How many? She says doesn’t remember even the ones she's been thrown out of. She performs at The O at 8 p.m. March 7. Tickets are $7 via eventbrite.com.

Calm’s material, which she says is autobiographical, has been called “silly”, and “charmingly inappropriate”. The Chicago Tribune recently named her their Jewish Comedian of The Week.

She produces and hosts the popular Chicago open mic, Three Dead Moose; is a cast member of 100 Proof Comedy and a founding producer of Hoo HA Comedy. She's been featured on Turner Entertainment’s TBS show, Just For Laughs, and at more than a dozen festivals, including Chicago Women’s Funny Festival; The Chicago Sketch Fest; the She-Devil Comedy Festival and RIOT Fest. She claims that at any given time there’s a hilarious festival in her pants.

Second Saturday Comedy All Night is a Smorgasbord