A Q&A with historical novelist Nancy E. Turner about her new book 'Light Changes Everything' 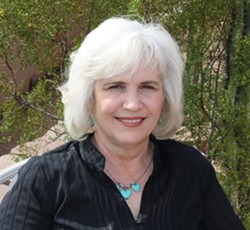 Nancy E. Turner
On January 14, Tucson author Nancy E. Turner released her newest novel, Light Changes Everything. The historical fiction based in rural Arizona focuses on a young feminist in 1907 aiming for a better future. Light Changes Everything is a new take on the experiences of young women living in the Wild West. Turner, a University of Arizona alum, recently shared her inspiration behind protagonist Mary Pearl, a girl looking to attend college and stray from the norm of marriage, believing her value to be greater than that of only a housewife.

Light Changes Everything was published by St. Martin's, and is available at Barnes & Noble, Amazon and more.

What was your inspiration for the book?

The idea came because back in 1907, Arizona was not quite a state yet, it was pretty much just the wild west. I had an opinion on the people who lived there and how they lived. Women had a whole lot of rights that they did not have in-state, meaning they could own businesses, they could be the boss of things, they could make contracts and have bank accounts without having a father or a husband in charge of their lives. Whereas in the eastern states, if a girl married, she belonged to the man. They did not have the kind of right that a woman in a territory had, so I imagined a young woman from that year with the feeling that she was her own boss packing up her pistols and going off to school… Then I looked for where might she go to school and discovered that in 1906, Wheaton College in Illinois was the only institute of higher learning that was openly recruiting women students and I thought that would be a great place for her to go and meet the challenges of a completely different set of rules. 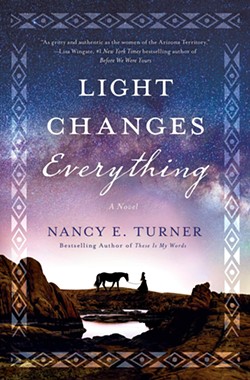 Are there any writing or storytelling techniques in this book that you feel you were unable to manage in your first book?

I think there was a lot more crafting as far as editorially putting together seeds that depicted the story as opposed to just telling a straight linear tale.

Your book alludes to much of Jane Austen’s work and her stance on feminism, how do you think you contributed to her ideas?

I think in terms of maybe giving someone something to think about, Jane Austen's books that I mentioned that were typical of the era where the women had to marry someone or they would starve, they were really in a fix and finding the right husband was key to their happiness. So my character Mary Pearl is absolutely determined that that's not what her life is going to be about. So I suppose if it contributes anything it may contribute some talking points for the opposite idea that a girl could amount to something without having a husband that they could depend on. It’s a little more modern take on it because in Arizona the women had so much freedom in those days that I think it would have been appropriate to the era.

Jane Austen was a big inspiration to your character as well. Who are some of your literary influences?

I would have to say that the very first book I ever read and that made me feel as if I wanted to become a writer and be able to do that was Truman Capote. The reason is those are two extremely different [Grass Harp, In Cold Blood] stories. One was a real life account of a murder and the other one was a beautiful, lyrical growing-up story about a boy who lives with two crazy old aunts, and it's so completely opposite and yet they're both so touching and gripping. I felt like his command of word is something I wanted to go for. I'm not saying that I come close to that, but I read a lot of different authors and particularly, I'd have to say Truman Capote, Barbara Kingsolver, Mark Twain and even Nathaniel Hawthorne are my most favorite writers. Their works stand the test of time and that truly is amazing… I always look for unsung heroes, especially women, who had to be strong against odds that people face today but we don't even realize how much strength it takes. I’m always, always impressed by women who are kind of going against the grain.

How do you think your novel differs from others' historical fictions?

I think it differs in that the main character is the narrator so it requires really getting into the mindset, the morality, social things of the time like a girl couldn’t contact a man, she’d have to wait to be asked… It’s a fictional character but everything is so heavily based on my research that I do believe it could have happened. It's not just a romance, it's not about romance, it's about personal growth.