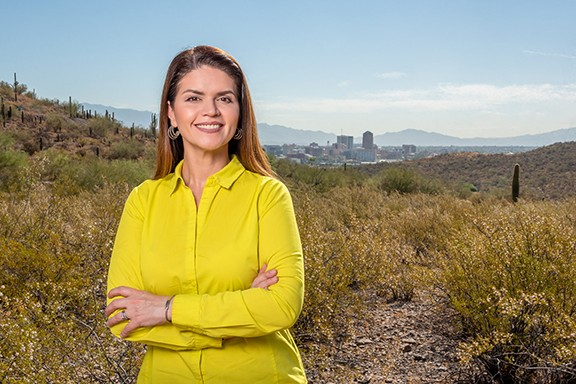 For all the weird twists and turns that our politics have taken in recent years, the old rules still applied in last week's city election. All the final results followed the standard dynamics you see in a typical election.

• Democrats hold a rock-solid, 2-to-1 voter-registration edge over Republicans in the city limits, so it takes an outstanding Republican challenger running against an extremely controversial Democratic candidate for Republicans to win. That didn't happen this year.

• Prop 205, the so-called sanctuary-city prop, was rejected by 70 percent of city voters. While supporters put in plenty of time gathering signatures and knocking on doors, that couldn't counteract opposition campaigns that spent north of $400,000 on mailers, TV and radio ads and other campaigning. Compared to that, the $20,000 or so the "Yes" side raised was chump change. But even if supporters had raised enough money to make it an even fight (and did they not expect a major opposition campaign?), they would have had a hard time persuading Tucsonans to support Prop 205. Too many prominent Democrats—including outgoing Mayor Jonathan Rothschild and Mayor-elect Romero—came out against it, warning that it would have drastic unintended consequences. If Prop 205 didn't have united support among Democrats to counter the predictable opposition coming from Republicans, it was doomed on Election Day.

• The pay raise for the mayor and council was rejected by 60 percent of voters. Nobody likes politicians right now, so Prop 409 was facing an uphill battle.

In the wake of the election, folks on the losing side complained that there was voter suppression at work. Zaira Livier, the leader of the sanctuary city campaign, said on Facebook that "Less than 15 percent of Tucson residents voted on Tuesday. Disenfranchisement is exactly the point of it being a mail-in election."

Meanwhile, Pima County Republican Party chairman David Eppihimer—whose party fielded a slate of terrible candidates—filed a complaint with the U.S. Justice Department, alleging that because the party affiliation of voters was visible on the envelopes of the early ballot mailed to voters, postal workers were throwing the ballots into the trash rather than deliver them.

"The U.S. mail personnel knew what a person's registration was when they were delivering the mail, and Democrat mail letter carriers tossed those ballots in the garbage," Eippihimer told Arizona Public Media.

We shot a message to Eippihimer to ask him for a copy of the complaint (as well as to ask if he had any evidence this had taken place), but we didn't hear back as of deadline.

Look, it's no fun to lose, so discrediting the entire process is a good fallback position when you're rejected by voters. But was the turnout a sign that The Powers That Be were attempting to keep people from voting?

This year saw the highest number of voters—102,454—to ever turn out for a city election, shattering the previous record of 85,468 set in 2017. While it's true that you'd expect that raw number to climb as the city's population increases, on a percentage basis, turnout was 39.26 percent, which was the highest percentage of voters casting ballots in a regular-cycle city election since 2003, when turnout was nearly 41 percent as Democrat Tom Volgy unsuccessfully attempted to unseat Republican Bob Walkup. (That was back when Republicans could actually field candidates who would win citywide.) In fact, 2019 saw the third-highest turnout on a percentage basis since 1991.