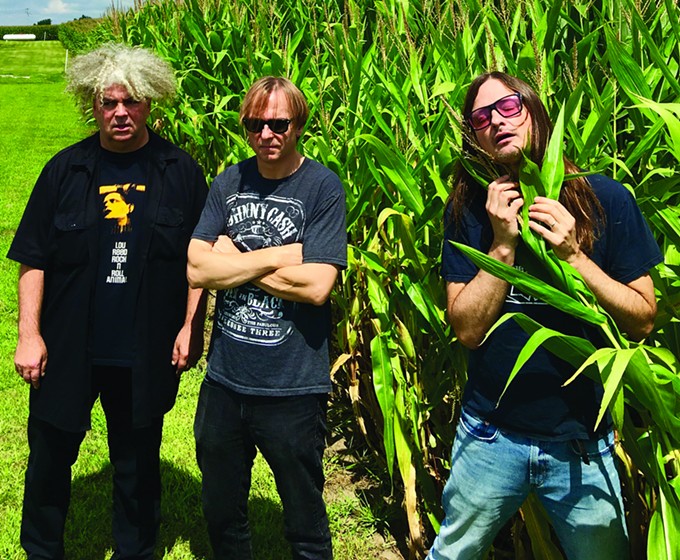 Courtesy photo
The Melvins
Who ever would have guessed noisy, heavy fury could be so much fun? For more than three decades, Melvins have been on the cutting edge of aggressive music. They're often lumped into damn-near every form of metal subgenre, but a listen to a Melvins song like the 30-minute world-shaker "Lysol" or the rebellious "A History of Bad Men" proves Melvins really are in a league all their own. Even their newest music maintains a unique, albeit humorous and accessible tinge that you're not gonna get anywhere else. Ahead of their show in Tucson, Melvins' drummer and vocalist Dale Crover told us about five albums they're spinning on this tour.

I'd been listening to this for a while before Steven McDonald told me there are no electric guitars on it, and that it was synths and lutes. The double drumming is the thing here! "Radio" might be my favorite song. Good jobby, Ty!

I'm always skeptical about remixes, but I must say that Giles Martin has done an amazing job of not ruining reissue Beatles' records. Instead, giving insight to the recording process, unearthing demos and making everything sound fucking amazing! Good jobby, Giles!

I finally got to see the Stones for the first time and I'm still reeling from what a great gig it was. This record has some of Charlie Watts' coolest beats. Love the hi hat/snare fill in "All Sold Out." Good jobby, Charlie!

My friend Greg from Raging Slab turned me on to this. 216 songs, over 13 hours of Elvis live at the International Hotel in Vegas. This is Elvis' return to performing live. The band is kick ass! The monologues are crazy, hilarious rants. Good jobby, E!!

I heard the song "Protection" from this record and wondered who the Elvis Costello/Joe Jackson copycat was. Turns out that it's more likely the other way around. Good jobby, Graham!