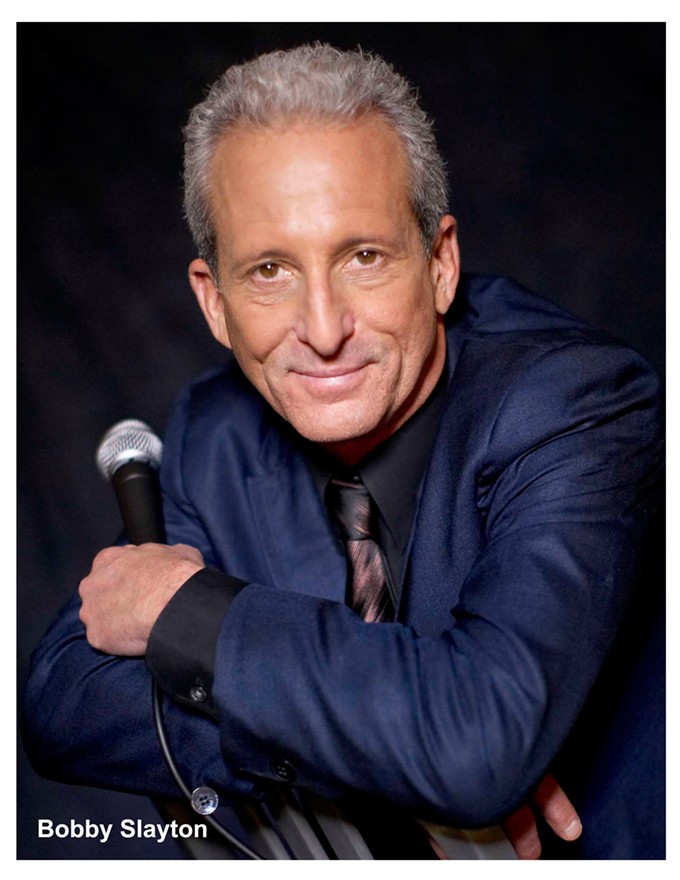 Nationally prominent comedian Bobby Slayton, known as The Pitbull of Comedy, headlines Stand-Up for Humanity at the PCC Center for the Arts on Friday, Oct. 18. It’s a charity event that introduces a first-time producer, Rene Valdez, and inaugurates the Center for the Arts as a comedy venue. Tickets for the 18+ show are $24 or $35 VIP via Eventbrite.

The ambitious project includes food trucks and a raffle in which show-goers exchange non-perishable food items for a chance to win prizes including a two-day resort package. The food goes to the Community Food Bank of Southern Arizona.

Ticket Proceeds benefit the Esperanza Dance Project and the Forgotten Children Foundation. “My childhood was pretty awesome,” Valdez says. “That’s why I'm deeply saddened about children who are robbed of their childhood. This show is my best effort to help them. Bobby was (my choice) to headline due to his charitable nature and because he was Leonard Cornfeathers on my all-time favorite TV show Family Guy.”

Slayton, often described as intense and energetic, has played more than a dozen such memorable characters. He played Joey Bishop in The Rat Pack, but he was also cast in Ed Wood, Get Shorty and two Woody Allen films, among many others. He’s seen and heard frequently on Sirius FM and HBO.


Valdez filled out the bill with popular Tucson comics Vicente "V" Trejo, Nicole Riesgo, Charles Ludwig and Monté Benjamin. “Hopefully this event will give everyone a small break from the everyday stresses of life.”

Ellen Doyle observes incidentals of daily life and imbues them with twisty, edgy humor. She says she owes her unique outlook to navigating Los Angeles as a Northeast Pennsylvania native. Doyle’s performed at some of the most respected venues in the U.S. as well as the 2019 Edinburgh Fringe Festival in Scotland.

Don’t you hate those smartasses who quit their jobs, start a podcast, attract millions of fans overnight, then tour the biggest comedy venues in the country? They’re supposed to come up through 30 years of the traditional grind.

Twenty-first-century brats Cody Ko and Noel Miller, AKA, Tiny Meat Gang, used to be software engineers. They have high-paid experience in disrupting things. They promise to be “pretty decent comedians” at The Rialto Theatre, Saturday, Oct. 19 at 8 p.m. Tickets are $32 to $45, $140 includes a meet and greet, at rialtotheatre.com

You want comedy with that?

Don’t get mad, get even. VOTE!

Comedian Jamie Kilstein (Joe Rogan, Conan, Showtime, CNN) milks the news for all the best jokes to soothe our shattered nerves and screaming consciences. His daily headline snarking can inoculate us from the real thing but also prepare us to dodge landmines around the office party.
Kilstein performs at Borderlands Brewery at 7 p.m., Monday, October 21 with Phil Gordan, Alex Kack and me. Tickets are $5 at the door. Jamie Kilstein, Podcast Misfit, is available via Patreon, Stitcher and Spotify.

Sunday, Oct. 20: Standup with The 5th Anniversary Estrogen Hour benefit for the Leukemia and Lymphoma Society at Laffs Comedy Caffe ($15 via TinyURL.com/Estrogen5).