Adventures in the Screen Trade 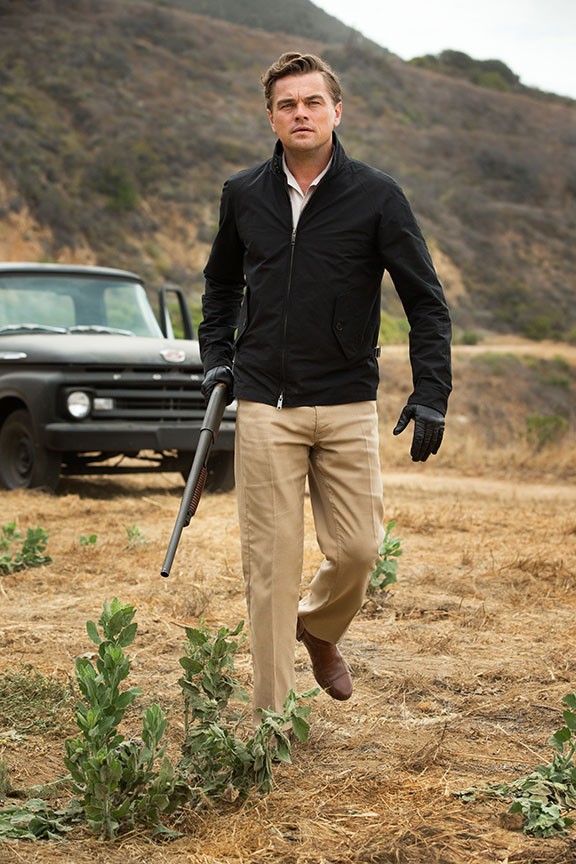 Courtesy photo
Brad Pitt in "Once Upon a Time in Hollywood."
The #9 movie from Quentin Tarantino is a dreamy doozy, his most unapologetically Tarantinian film yet. History and conventionality be damned, for QT is behind the camera, and he favors mayhem and a little thing called artistic license over conventionality and facts.

Set in 1969, Once Upon a Time in Hollywood captures the '60s film scene and culture as they are dying, and they most certainly die hard. Through the Tarantino storytelling lens, they also die in mysterious and hallucinogenic ways.

Making a run at Newman and Redford, we get Leonardo DiCaprio and Brad Pitt as insecure, has-been actor Rick Dalton and his trusty stuntman, Cliff Booth, respectively. Dalton's career has devolved into playing the bad guys on weekly installments of TV's F.B.I. while past-his-prime and blackballed Booth is delegated to driving him around and being his confidante.

The setup allows Tarantino to go hog wild with the '60s visuals and soundtrack. Hollywood is a monumental achievement on the art and sound direction fronts. Some of Tarantino's soon-to-be most famous shots are in this movie, including a crane shot over a drive-in screen that dropped my jaw. The soundtrack pops with the likes of Neil Diamond, Simon and Garfunkel, Jose Feliciano and Paul Revere and the Raiders.

The looks and sounds are so authentic that you might find yourself wondering if Dalton and Booth were real people. They were not, but they are based on folks like Burt Reynolds, Clint Eastwood and Hal Needham.

The most notable "real" person character would be Manson Family murder victim Sharon Tate, played beautifully by Margot Robbie. She's the luminous center of the movie, with Tarantino and Robbie taking this opportunity to show Tate as the beautiful, promising person and star Tate was rather than the footnote she's become in the annals of Charles Manson's crazed bloody history. This is the first movie since her death that honestly pays homage to her rather than simply making her collateral in the Manson Family rampage.

The Manson Family plays a big part in Tarantino's twisted fairy tale. The fictional Dalton happens to live next to Sharon Tate and husband Roman Polanski, and Booth pays a visit to the Spahn Ranch. The Spahn Ranch is where the Manson Family squatted, and Booth has a sit down with Spahn himself (played by super craggy Bruce Dern). Unlike strange recent movies that almost provide the Manson Family with some strange level of grace (Charlie Says), Tarantino shows them as bumbling, idiotic and pathetic. It's a solid choice.

DiCaprio, in his first role since taking home his much deserved Oscar for The Revenant (and his second teaming with Tarantino after Django Unchained), will probably find himself in the running again. He's a nervous, hilarious mess as Dalton, a man prone to crying in public over his career, but still capable of blowing up a TV set with tremendous guest-star acting fireworks. He has a trailer rant and a hostage-taking bad-guy speech that now stand as two of his finest-ever acting moments.

In what is also his second teaming with Tarantino (after Inglourious Basterds), Pitt is forever funny as a man just coasting through life with little care in the world. He'll face off with Bruce Lee (Mike Moh) on a set he's working just to shush his big mouth, or buy an acid-dipped cigarette for kicks. And when he smokes that cigarette, very strange things happen, and the wonderful Pitt laugh is put to its best use since he played Tyler Durden in Fight Club.

The end of the '60s was bona fide nutty times, and this is a nutty movie. It's also manages to be quite heartfelt and moving. Tarantino says he might only have one more movie in him after this one. I'm curious to see if he can top himself one more time, or if he just does that rumored Star Trek movie and calls it a day.

Either way, Tarantino has left a distinctive mark on American cinema, and Once Upon a Time in Hollywood adds to his perfect track record. He's made nine movies, all of them are good, and this one rests comfortably in the upper tier of his accomplishments. ■