Stars Pick Their Top 5! This Week

Stephani Candelaria, through her music project La Mera Candelaria, seeks to bring the sounds of cumbia and son music to whoever will listen (and hopefully dance along). This passion for authentic Latin music goes beyond her gorgeous vocals and full backing instrumentals of congas, tambora, guira, bass and more. La Mera Candelaria's debut release was recorded exclusively in Los Angeles kitchens, with the performers almost all barefoot, to give the record a lively, "home" feel.

Totó was a big inspiration in my first few years as a Latin artist. Her raw energy and traditional Colombian style opened me up to a completely new world of cumbia and dance music, and informed a lot of my early songwriting. To this day, her stripped down musicality and celebration of traditional dance rhythms still play a big role in my music.

This album reaffirmed and deepened my appreciation for, and use of, live instruments in Latin dance music, where so often now, the majority of tracks are done electronically. Her utilization of live drums and percussion in merengue, a genre that has been heavily electrified, completely rocked my world and inspired me to approach cumbia and salsa with the same natural, raw approach. On top of that, Rita, an openly lesbian Dominicana, writes lyrics that are so outside the norm for her genre, so stereotype-shattering and emancipating, which is what LMC aspires to do, as well.

This album was played on a heavy rotation throughout my childhood, and instilled in me an early love for Son Cubano. After years of playing strictly cumbia music, I've found that my love for this Caribbean style has crept into my songwriting, resulting in the tropical salsa-cumbia fusion that LMC plays. 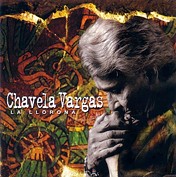 Chavela's rendition of "Paloma Negra" is what first inspired me to sing in Spanish. During my first few years as a performer, before I found the world of Latin dance music, I played guitar and sang boleros and rancheras in the style of Chavela. I never thought I'd end up singing cumbia and salsa, because I simply fell in love with her and the entire genre. 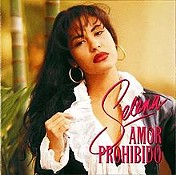 If there were to be a soundtrack to my childhood, this album would be it. Selena is a staple within the Latinx community, and my household was no different. Her charm, grace, and of course, those pipes have always been a huge inspiration to me. Without Selena, the landscape of Latin dance music would be very different. She opened the door for other women artists to make names for themselves within a genre that has, historically, been male-dominated. ■