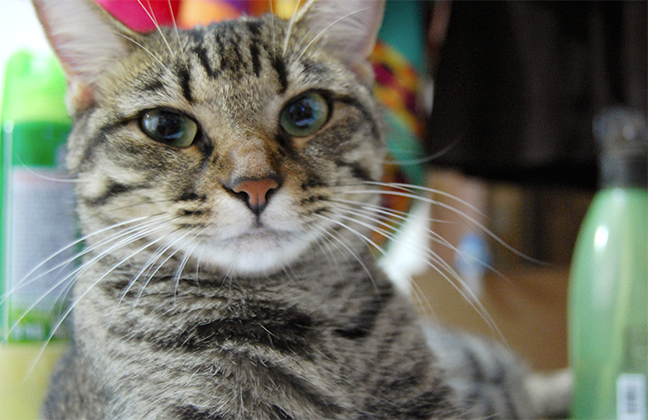 Courtesy Photo
Of the 672 cats Hermitage Cat Shelter took in throughout 2018, 643 were adopted.

Each year, 2.7 million adoptable dogs and cats are euthanized in the United States just because there isn't enough room in shelters. But there's a great way to reduce this number, according to several Tucson-area pet shelters. It's simple, easy and almost rhymes: Adopt, don't shop!

An important thing to remember is how adoption helps more than just the animal being adopted. When an animal is adopted from a shelter, room is made at that shelter for another stray, abused or lost animal.

"When you go to a shelter, these pets are typically homeless or stray," said Nikki Reck, public information officer for the Pima Animal Care Center. "So when you adopt them, you really are helping to provide a home."

More than an animal shelter, PACC also protects public health by enforcing animal laws, investigating complaints of animal cruelty, and manages a large volunteer program. In 2018, PACC housed 17,023 pets in their shelter. Over 10,000 of these animals were stray. This made for an average of around 50 animals every day, according to Reck.

"We saw up to 130 animals on our busiest days," Reck said. "Any time it's warm out, we need adoptions. Because when it's warm, pets are breeding. In Arizona, our breeding season is so much longer than other parts of the country, so adoptions here are especially important."

Reck, who owns two rescue animals herself, said many of the adoptable pets at PACC fit the criteria some think they could only get from purchasing a pet at a store.

"If you're looking for a specific type of animal or a pure breed, just based on the amount of animals we see, there's a good chance they could come through our door," Reck said. "It's true we don't know the history of every animal, but just because we don't know their history doesn't mean it's bad. That's why our foster program is so beneficial."

Through its foster program, which allows volunteers to host animals in their house for a short period of time, PACC is able to learn the personality of an animal to better connect them with a permanent home. This way PACC can learn the temperaments of even stray animals with unknown histories.

"When you get an animal from a store, they're typically not well bred because pet stores don't typically socialize animals, and puppy mills certainly don't," said Holly Simon, adoption coordinator for the Hermitage No-Kill Cat Shelter.

Since 1965, The Hermitage has provided care and shelter for homeless cats. This cage-free facility especially focuses on cats often not considered adoptable by other organizations, such as those with leukemia or who need insulin shots. The cats at Hermitage are able to roam throughout their designated areas, which include specialty cat patios, or catios.

With a mission statement of "advocating for animal rights and ending needless euthanasia of at-risk felines," Hermitage never euthanizes a cat to make room for another. The only exception to their no-kill philosophy is in cases of "terminal and painful illness or when compassion demands it because there is no reasonable alternative."

In 2018, The Hermitage took in 672 cats and adopted out 643. Of these, 96 were special-needs cats. During the 2018 "Kitten Season," they took in more than 300 cats. Simon says The Hermitage also has seen many purebred cats ready for adoption, including Siamese and Bengal breeds.

"When you adopt an animal from a shelter, they're just so grateful. There are so many good animals that need homes," Simon said. "Adopt, Don't Shop should be a bumper sticker on everybody's car."