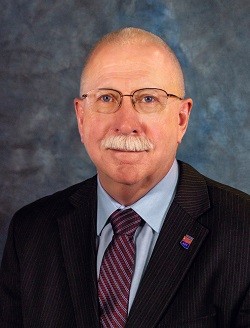 In April, an ABC15 investigation found that many cell doors inside the Lewis state prison in Buckeye did not have functioning locks, which resulted in assaults on inmates and corrections officers. ABC15 reported that at least two inmate deaths have occurred as a result of the broken doors.

At the same prison, video surveillance showed inmates lighting fires outside of their cells, while correctional officers watched and did not intervene, due to a fear of having to report the incident to the Arizona Department of Corrections.

At the state prison in Douglas, the Arizona Republic reported inmates being given bottled water after the facility experienced low water pressure over the weekend.

KJZZ reported pregnant women in Arizona prisons being subjected to "deficient and dangerous prenatal and postnatal care," with some women giving birth alone in their cells or having miscarriages due to inadequate or nonexistent healthcare services.

In response to these concerning events, Governor Doug Ducey's office has indicated to press that they plan to investigate the Arizona Department of Corrections, but over a month has passed since then and no investigation has commenced.

The Tucson-based American Friends Service Committee, a nonprofit that works to promote criminal justice reform among other causes, has requested a meeting with Gov. Ducey to "convey the urgent concerns of incarcerated people and their families about the failed leadership of ADC Director Ryan, and to offer a new perspective for the way forward."

“If Gov. Ducey’s goal for ADC is to reduce recidivism and rehabilitate people, then he must acknowledge that Charles Ryan is unfit to lead the Department in that direction,” Caroline Isaacs, AFSC-AZ’s Program Director, said in a press release. “Ryan is one of the last vestiges of an outdated and ineffective culture of strict ‘custody-and-control’ prison management.”