XOXO: Where to Rock This Weekend, May 31 to June 2

That's just "The Way We Ball." On Life (King LIfe Family Records, 2018) Houston rapper Lil' Flip asserts, "I Live by the Old Rules." At 191 Toole. Bone The Mack and Neb Luv shore up the lineup.

This Canadian bluesman has been hailed as a "blues evangelist," He says: "I do feel like I'm a servant of the people. A missionary if you will. Music can heal if they pay attention to the messages in these songs." Harpdog Brown & The Uptown Blues Band play For Love & Money at Monterey Court. 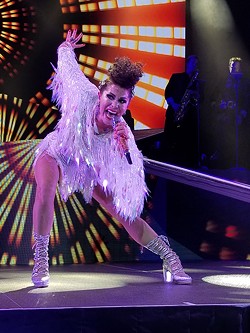 The Dragon Kite unfurls for one night only to pay homage to the music of The Cure. At the Surly Wench Pub.

Spreading hope and Desert Sounds. Travel into the ether with The Jacob Acosta Band and Leigh Lesho & The Great Light. On the plaza at Hotel Congress.

On furlough from the "Pima County Jail," bluesman Austin Counts works out his "Jealous Feelings" at Westbound.

Cra$h Magic's repertoire covers a lot of ground, except "probably, not country or zydeco." At Saint Charles Tavern.

This piano prodigy made his national debut on Star Search at the age of 10. He has gone on to work with luminaries: Sting, Regina Spektor, Josh Groban and Sugarland. Frankie Moreno steps into the spotlight at the Desert Diamond Center.

Curated by renowned sonic alchemist Steve Roach, Electro Bloom is an electronic, ambient and experimental music performance series with a focus on hardware-based sound sculpting and improvisation. GLOB and Horizons observe the occasion.


Saturday, June 1
Lux in tenebris. Quietly reflecting on anxiety, "Normal Love" is rife with chilling wails and abysmal grief. California art rock/experimentalists Xiu Xiu place the Girl with Basket of Fruit on exhibit at 191 Toole for all to behold. Caravaggio this is not. 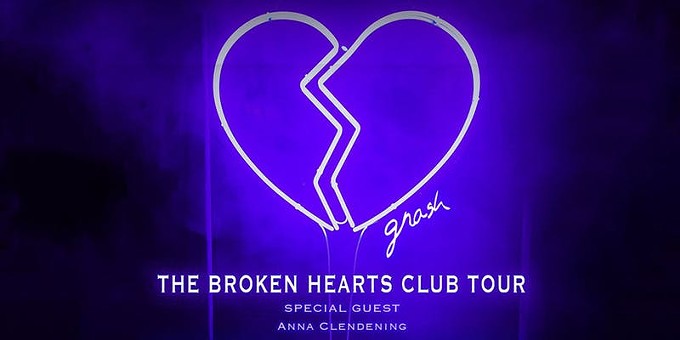 Courtesy Photo
Garrett Charles Nash
On "I Hate U, I U Love," Garrett Charles Nash is wracked with pain and indecision. "I hate that I love U/Feeling used, but I'm/Still missing you and I can't/See the end of this..." Yet, this L.A. singer/rapper is known for being happy/sad. "It's gonna be OK tonight, because tomorrow's just a dream away." Gnash emotes at Club Congress.

Bluesman Tom Walbank intermingles with the varying shades of a cobalt night sky. In the courtyard at Mercado San Agustin.

They are named after a '91 Honda Civic used to schlep an upright piano precariously piggybacked to the trunk. Two-Door Hatchback is fueled by composers Dante & Marco Rosano and features rogue violinist extraordinaire Samantha Bounkeua. Their sound is at once sophisticated—with elements of jazz and classical—yet whimsical. In the tasting room at Sand-Reckoner.

With a voice that echoes country and Appalachia, along with storytelling that encompasses the lore of the Southwest, Laura and The Killed Men forge something timeless. At Saint Charles Tavern.

Melding sample based electronics in with soulful lyricism, Dominic Rischard is Nocturnal Theory. At Passé. 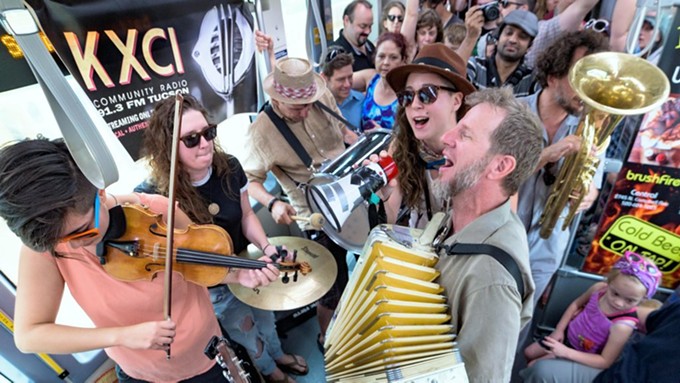 Hungry? Like a side of funk with your scrambled eggs? Mik & The Funky Brunch are at La Cocina.

One of the hardest working musicians around, songstress Natalie Pohanic captives, with her dreamy folk stylings, at Public Brewhouse.