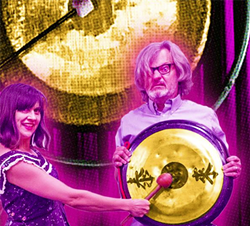 First Friday Shorts Golden Gong Year-End Showdown. It's the culmination of a year's worth of local madness! The Loft Cinema's First Friday Shorts series is hosting its year-end awards. That means they're screening 12 short films, one winner from every month of the past year. And you get to decide which local filmmaker made the best of the best, and is deserving of the $1,000 grand prize, plus endless bragging rights. Get out there and see the best shorts Tucson has to offer. 9 to 11:30 p.m. Friday, May 3. 3233 E Speedway Blvd. $8.

Future of Film in Arizona: Young Filmmakers Event. Independent Film Arizona is hosting a gathering at the Fox Theatre to discuss the future of local film. This also includes a program of locally made short films. Hosted by Maria Powell and Tucson.org, featuring the film Zapata. Get out there and support local film! 6 p.m. Friday, May 3. 17 W. Congress St. Free. 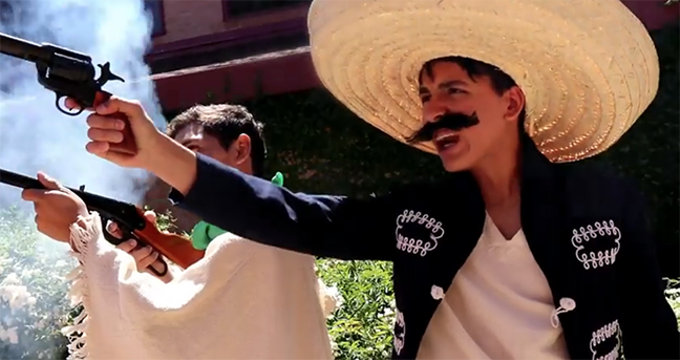 Young Guns II. Continuing their Old Tucson film series, the Loft Cinema is screening Young Guns II, which (SURPRISE!) was filmed at Old Tucson studios. Besides recognizing some famous local buildings on-screen, you also get to see Emilio Estevez and Kiefer Sutherland shoot it out in this Oscar-nominated 1990 retelling of a plot to kill Billy the Kid. 7 to 9 p.m. Saturday, May 4. 201 S. Kinney Road. $5. Please bring your own seating.

Astrofilm Extravaganza. Who doesn't like it when science and art unite? This family-friendly event at the Loft Cinema features astronomy documentaries as well as live performances. It also features an introduction and Q&A with astrophysicist Stéphanie Juneau, filmmaker Bryan Nelson and circus director/performer Stephanie Cortes. This event is part of Science On Screen, an initiative of the Coolidge Corner Theatre, in partnership with the Alfred P. Sloan Foundation. Be entertained and educated at the same time! 2 to 4 p.m. Sunday, May 5. 3233 E. Speedway Blvd. $8.

Mad Max 2: The Road Warrior. For their Tuesday Night Classics series, Harkins Theatres is screening the film that turned Mad Max into the post-apocalyptic throttle-and-thrust extravaganza it is today. Watch as Mel Gibson battles against hordes of raiders and their weaponized automobiles, on the big screen! 7 p.m. Tuesday, May 7. 5455 S. Calle Santa Cruz and 5755 W. Arizona Pavilions Drive.

Hanson Producers Club Spring Salon. The University of Arizona's Hanson Film Institute invites you to their "Spring Salon" event at Hacienda Del Sol Guest Ranch Resort, where they'll be viewing excerpts of Almost an Island, made by local documentarian Jonathan VanBallenberghe. This documentary examines the lives of an Inupiaq family in Kotzebue, Alaska. VanBallenberghe will be live in person to present his work. Must be a member of the Hanson Producers Club to attend. These twice-yearly offer an opportunity to meet and mingle with southern Arizona residents involved in of the industry. 6 to 8 p.m. Thursday, May 9. 5501 N. Hacienda del Sol Road.