A pale orange glow stands as proof of the efforts of a global network of scientists. Today, researchers with the Event Horizon Telescope array revealed the first direct image of a black hole.

“We have seen what we thought was unseeable,” said Event Horizon Telescope director Sheperd Doeleman, speaking from the National Press Club in Washington D.C. 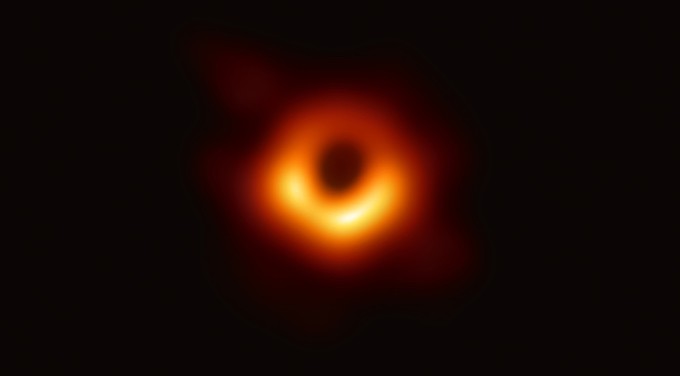 While humanity’s understanding of physics has long hinted at their existence, before the EHT captured this data, black holes were only able to be visualized via simulation. But this recently released image of a supermassive black hole at the center of the massive Messier 87 galaxy is the first direct visual evidence of a black hole.


The Event Horizon Telescope is an international collaboration formed in 2006, comprising eight radio telescopes across the world, including the Kitt Peak National Observatory southwest of Tucson. By combining the power of eight radio telescopes in multiple countries, researchers essentially created a planet-sized telescope with enough power to penetrate deep space.


"The observations were a coordinated dance in which we simultaneously pointed our telescopes in a carefully planned sequence," said Daniel Marrone, associate professor of astronomy at the University of Arizona. “To make sure these observations were truly simultaneous, so that we could see the same wavefront of light as it landed on each telescope, we used extremely precise atomic clocks at each of the telescopes."


Researchers at the University of Arizona helped coordinate two of the radio telescopes in the EHT. Due to the extreme difficulty of capturing such data, any additional obstacle must be removed if possible. This includes using telescopes located in very dry environments, such as the Sonoran Desert, to avoid water vapor in the atmosphere which could obstruct visuals.


Scientists also built the EHT project to test Einstein's Theory of General Relativity. Einstein's theory implies the existence of black holes, and states spacetime undergoes curvature from gravity. According to Doeleman, these latest discoveries are consistent with Einstein’s predictions.


“As with all great discoveries, this is just the beginning,” Doeleman said.