Four Great Things to Do in Tucson Today: Tuesday, April 9 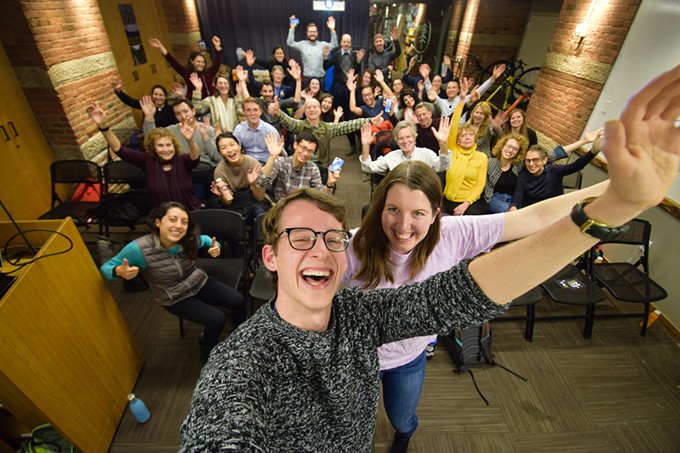 Courtesy of Miles of Portraits
Miles of Portraits: L.A. to Santa Fe. Cyclists Annalisa and Erik rode their bikes across America and even around Alaska. Miles of Portraits is a magazine and film that captures the stories on their travels. Starting in March, they are cycling from L.A. to Santa Fe, New Mexico, stopping at REIs along the way to tell their story. They’ll stop by the REI at the Tucson Mall to screen their film and talk about the kind souls they’ve met across on their bike travels. 6:30 to 9:30 p.m. Tuesday, April 9. 160 W. Wetmore Road. Free, reserve online. Details here. 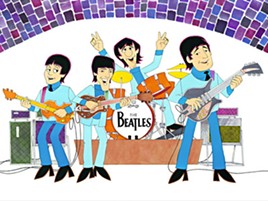 Fiddler on the Roof. It’s got romance, it’s got song and dance, and—of course—it’s got plenty of traditioooon (tradition!) That’s right: Fiddler on the Roof, the Tony award-winning tale about a Jewish family finding a balance between their cultural tradition and the influence of the outside world, is coming to Tucson. It’s got songs like “If I Were a Rich Man,” “Matchmaker, Matchmaker” and “Sunrise, Sunset,” so you might already be more familiar with this musical than you realize. Tony award winner Bartlett Sher directs. 7:30 p.m. Tuesday, April 9, through Thursday, April 11. 8 p.m. on Friday, April 12. 2 and 8 p.m. on Saturday, April 13. 1 and 6:30 p.m. on Sunday, April 14. Centennial Hall, 1020 E. University Blvd. $19 to $120+. Details here.

No Home Movie. Continuing the Feminist Jewish Cinema Series, this is a documentary screening of Chantal Akerman’s final film, a portrait of Akerman’s relationship with her mother, who is a Holocaust survivor. This event is co-sponsored by the Jewish History Museum, University of Arizona’s Gender & Women Studies and Hanson Film Institute. At Exploded View Microcinema. 6 to 9 p.m. Tuesday, April 9. 197 E. Toole Ave. Free. Details here.